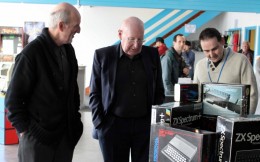 He was there with his brother Ian.

More Sir Clive Sinclair Watch next week. Unless he’s not photographed somewhere notable and someone doesn’t send out a press release. 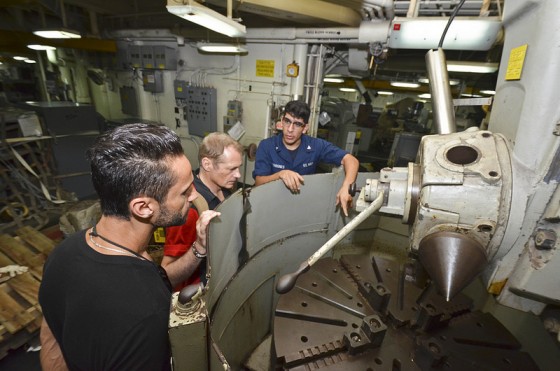 Here they’re being shown the shipâ€™s machine shop. They were also evidently shown the carpentry shop and bridge, where they learned about navigation.

No clever comments. I’m not messing with the US Armed Forces. 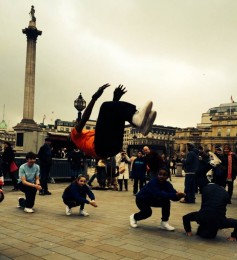 In the altogether more ridiculable world of PR stunts, this week’s release of Pac-Man and the Ghostly Adventures prompted a second outbreak of viral marketing from Namco Bandai.

Last week they projected Pac-Man onto Sega’s London HQ. This week, they got some children to dance around to a punk cover of an ’80s cereal advert in various London locations.

Let’s just deconstruct that quickly. The children were the dance group Interlude; this was the advert; and the cover was by Less Than Jake, who I have still have something of a soft spot for despite being far too old for that sort of thing now.

The resulting video – moving pictures count too – is mildly entertaining.

I’m not going to do the Pac-Man though, however nicely they ask.

Finally, a photo of a disinterested cat next to some old video games. 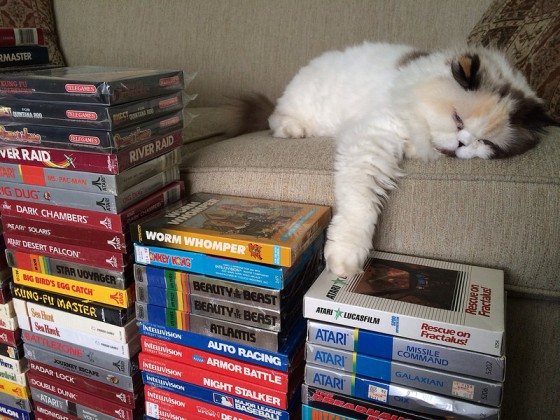 That was uploaded to Flickr this week by Rubbertoe (Robert Batina). Why? I prefer not to know.