A week which sees the release of three cartoon tie-ins and little else sounds like a total write off. When South Park and Pac-Man are involved though, you know youâ€™re in good company.

The often delayed South Park: The Stick of Truth is the runaway headliner, and word has it that the extra development time has allowed Obsidian to fully fulfil Trey Parker and Matt Stoneâ€™s vision of an authentic South Park RPG.

And it certainly is authentic – for most part it looks indistinguishable from the notoriously crude cartoon. Reviewers have revelled in its abundance of morally dubious jokes – â€œin gameplay terms it may be soon forgotten, but there’s unlikely to be a funnier – or filthier – game any time soonâ€ said Eurogamer in their 8/10 review. EDGE too gave it an 8/10, reporting that it â€œsees the duo attempting to push the boundaries even further than usualâ€.

Worry not for there is a decent RPG under the crudeness, albeit one that’s easier than most RPG fans will be used to. GameSpot was one of the few sites to suggest that the lack of challenge is a problem. They gave it 7/10.

Based on the Disney XD CGI cartoon series, Pac-Man and the Ghostly Adventures is also worth considering. We reviewed the region-free US Xbox 360 version back in January and found it to be a mildly entertaining adventure thatâ€™s a cut above most cartoon tie-ins. Indeed, thereâ€™s a pleasing air of confidence about it. It’s not like we see many platformers released these days either.

Itâ€™s out on Xbox 360, PS3, PC, Wii U and 3DS for around the Â£25 mark. Itâ€™s worth noting the fact that there isnâ€™t a single review of the 3DS version on Metacritic, even some four months since its US release. You know what that means, right?

Then thereâ€™s Phineas and Ferb: Quest for Cool Stuff from 505 Games, out on Wii U, Wii, 3DS and DS. A 5/10 from both Nintendo Life and The Official Xbox Magazine indicates thatâ€™sâ€¦ok. Again, expect to find it for around Â£25. Incidentally, the Xbox 360 version seems to have been lost en route from the US. No easy achievements for us. 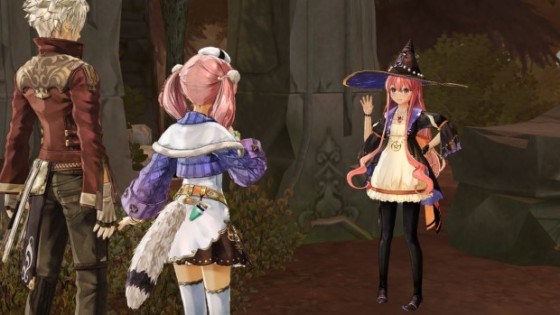 This leaves us with PlayStation 3-exclusive Atelier Escha and Logy, which isnâ€™t a cartoon tie-in. Nope. Itâ€™s a JRPG, if the title didnâ€™t give that away already. With a current Metacritic of 77%, role players in search of another colossal quest would do well to take a look.

â€œFans of the series and established canon will find much to love [though], from the whimsical characters to the competent battle and crafting systems. If on the other hand youâ€™re just looking for something a little different, you shouldnâ€™t be put off by either Atelierâ€™s more relaxed approach, or a handful of audio bugs and mispronounced namesâ€ said God is a Geek in their 7/10 review.

From a colossal adventure to a bite-sized one – The Walking Dead: A House Divided is the second chapter in Clementineâ€™s quest for survival, introducing the seasonâ€™s mysterious villain. Itâ€™s a slower, but smarter, episode reviewers claim.

On PSN meanwhile, the PS4 gets two upgraded conversions – top-down zombie shooter Dead Nation: Apocalypse Edition, which is free via PS Plus, and the incredibly colourful 2D shooter Awesomenauts Assemble! PS Plus subscribers can get 20% off that too. Awesome.