Have you seen just how many Flappy Bird clones there are on the App Store now?

You don’t need to, because Stuart Dredge has been keeping a slightly obsessive eye on it for The Guardian. In short: lots. 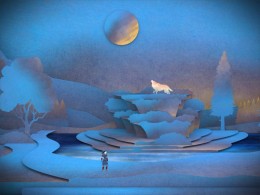 If Nyamyam had been so inclined, they might have renamed Tengami ‘Flappy Paper’. They might have got a few sales by association, but probably not the headline promotion from Apple that the game’s received.

It’s just the sort of thing that Apple likes to give prominance to. The art style is mature and beautiful, rather than the standard cartoon world; it’s from developers with a bit of a track record – in this case, ex-Rare people; and of course it costs three quid, which can’t hurt when Apple takes a chunky cut of that.

And anyway, ‘Flappy Paper’ would be an altogether inappropriate name – there’s nothing flappy about the paper in Tengami. The pop-up landscapes are precision folded, crisply opening and closing as you swipe, with impressively intricate detail.

It’s an effective atmosphere, enhanced by the soundtrack, played on traditional Japanese instruments. But not enhanced by the game itself, which gives you too much time to think, and not enough to think about. 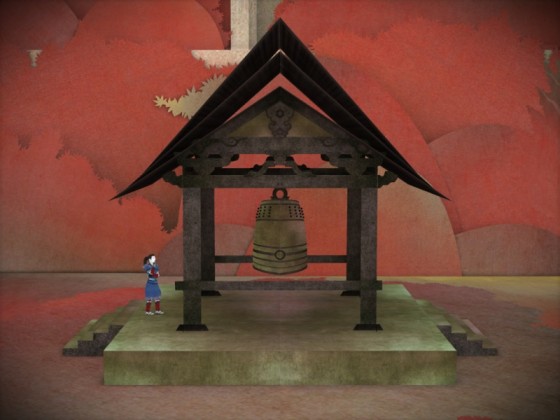 It’s a slow moving game – literally. Literally literally. The protagonist walks at a leisurely saunter, which is in-keeping with the tone, but with fairly sparse landscapes doesn’t do much to keep your mind occupied.

The puzzles, which are few in number even for a game which is over in a couple of hours, fall into three categories. There’s the odd nice puzzle, satisfying to work through logically. There are slightly laborious puzzles, which you’ll be a few steps ahead of, limited only by the slow pace of movement. And there are puzzles that are just a tiny bit obtuse – and in an arbitrary, rather than a clever way. 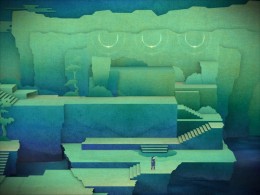 With not quite enough stimulation on offer, I found myself pondering the inconsistencies in the mainly glorious presentation. Most page turns require a swipe across the screen, but a few don’t. The music occasionally takes a slightly darker turn, but without any noticeable change on screen.

In that way, the lack of substance isn’t just a problem in itself, it actually detracts from what the game has going for itself – the style. It ends up feeling a bit empty.

And then, abruptly, the game ends.