Of the three major releases out this week, Plants vs Zombies: Garden Warfare has been getting the steadiest reviews. The majority of critics were surprised to find that itâ€™s a clever little shooter, with balanced character classes and decent maps.

Scores for the Xbox-exclusive include 8/10 from both The Official Xbox Magazine and God is a Geek, 8.5 from Polygon and a 7/10 from GameCentral. “Itâ€™s not the most technical shooter youâ€™ll ever play, or the most content-filled, but in terms of instant accessibility and a breath of fresh garden air it feels like one of the most enjoyably different” said GameCentral, who also called it “the least brown shooter ever made”.

After hearing that thereâ€™s no single-player and that â€˜micro-transactionsâ€™ feature we did fear the worst, so we admit to being surprised by this one. You don’t have to look hard to find it for around Â£20-Â£25 online either. 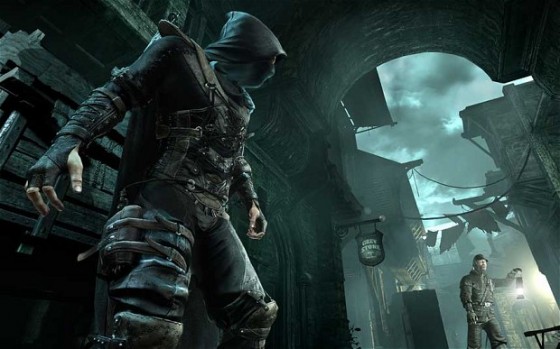 Reviews of Thief appeared a few days earlier. Again, we feared for this one prior to release – some online retailers were offering it for Â£29.99 to pre-order, which is usually a cause for concern. Even the product director has gone on record to say that it isnâ€™t perfect. He does hope that youâ€™ll have fun with it though, and with the Metacritic currently standing at 69% weâ€™re sure that thereâ€™s some enjoyment to be had. You may want to give EGMâ€™s review a read before purchasing – it received an absolute mauling, resulting in a 3.5/10. Their review is the harshest around – Eurogamer felt it was worth a 6/10 while EDGE gave it a solid 7/10.

Castlevania: Lords of Shadows 2 is another receiving mixed reviews. EDGE were the first to review it and subscribers were surprised to see it get 4/10 when their issue arrived.

Should you get stuck into this 20 hour long adventure? Read the reviews above – most critics have an awful lot to say about it.

Scrolling brawler Senran Kagura Burst is the weekâ€™s only release for Nintendo formats. Itâ€™s a bitâ€¦perverse, featuring busty females and the chance to lift their skirts up by blowing into the 3DSâ€™s mic. Reviews havenâ€™t been all that bad though, gaining 8/10 from Pocket Gamer and Nintendo Life. There are some frame rate issues and the story is said to be poor, but itâ€™s still a solid Streets of Rage alike.

Tales of Symphonia Chronicle is another we can recommend, containing HD ports of the PlayStation 2â€™s Tales of Symphonia and Tales of Symphonia: Dawn of the New World. â€œIf you’ve been itching to get into another giant quest filled with twists, turns, and a top-notch battle system, this is your chanceâ€ said Destructoid in their 8/10 review. From the sound of it, itâ€™s more than just a mere HD upscale job – some assets have been redrawn entirely and thereâ€™s new art-work too.

Over on XBLA and PSN, Pac-Man Museum powers up. We were looking forward to this – it contains such classics as Pac-Land, Pac-Attack, Pac-Man Battle Royale and six others – but the Â£15.99 price-tag strikes us as awfully steep.

Incidentally, Takedown: Red Sabre sneaked onto XBLA last Friday. We missed it from last weekâ€™s round-up, but donâ€™t blame us – it had been lingering on the release lists without a date for quite some time.