When a console enters its twilight years I always find myself madly working through a pile of unplayed games in order to rationalise purchasing that console’s successor. This generation is slightly different – not only do I have a bunch of Xbox 360 retail games to play, but also a small assortment of XBLA releases. Perhaps Twitterâ€™s infamous â€˜first world problemsâ€™ hashtag would be appropriate here. 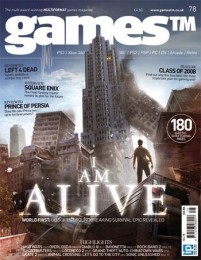 Ubisoft’s I Am Alive was a recent acquisition, purchased for a few measly quid during the Christmas Xbox Live sale. If your memory needs a jog, it was once planned as a retail release. It even appeared on the cover of gamesTM prior to being hit with a lengthy delay.

Downsizing to a download-only release had a few obvious knock-on effects. Visually, it looks a little rough – textures are heavily repeated and the nameless main character isn’t particularly detailed. The art direction isn’t with appeal however – the earthquake ruined city is covered in a thick layer of dust, giving the game an almost monochrome look. Save for internal locations, any splashes of colour are used sparingly.

The dust clouds also lend it a mysterious, nay eerie vibe, with mysterious shadows often seen in the distance. Friend or foe? It’s impossible to tell. The murky clouds of dust are to blame for the lead character mistaking a child for that of his own. Soon, her survival takes priority. Never does the hero forget about trying to find his familyâ€™s whereabouts however – the original reason for travelling back to the ruined city one whole year after the earthquake happened. 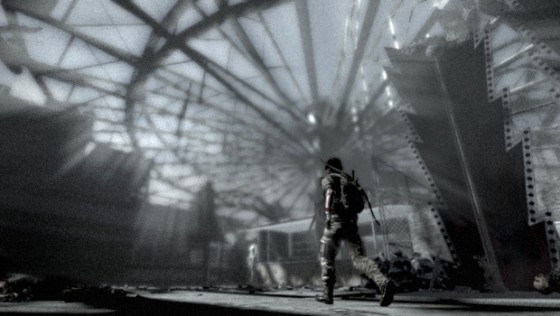 I Am Alive does a lot of things differently, and for most part this experimental streak pays off. A lot of time is spent climbing up and over ruined buildings, either to escape harmful dust clouds or to reach new areas. A stamina bar makes these sections a tad more tense, mostly due to the way that more often than not youâ€™ll grab hold of that final obstacle with just a smidgen of stamina left. The music ramps up a notch while the protagonistâ€™s heart beat can be felt through the joypadâ€™s vibrations. Thankfully bottles of water and cans of soda can provide an extra bout of stamina, while later climbing pitons can be found which allow the intrepid survivor to rest up fully while clinging to the side of skyscrapers and such. Just donâ€™t look down.

Itâ€™s the combat that defies all typical convention though, for here even a pistol with an empty magazine is useful. In fact, most of the game is spent with just one or two bullets in the clip. Empty pistols can be used to intimate the gangs of thugs frequently encountered, forcing them onto the ground or in front of high ledges where they can then be kicked off. Hesitate though and theyâ€™ll soon work out that youâ€™re bluffing. â€œThat gun doesnâ€™t have any ammoâ€ they yell before surrounding. This is where quick wits are required – enemies with pistols should always be taken out first; their ammo then collected before any other gang member can pick up their discarded weapon. Some confrontations require a spot of trial and error before fully knowing what youâ€™re up against, but eventually bringing in a whole gang to their knees with just an empty pistol can give an unprecedented sense of power.

Itâ€™s only when failing an enemy encounter repeatedly that I Am Alive veers toward becoming frustrating. Just a few retries are available before being taken back to the start of a chapter. Itâ€™s debatable if this retry system is integral to the experience or not. When on your last retry and faced with a gang it can make the ensuing battle that slightly more tense, but failure comes at a much bigger price.

With a six hour runtime I Am Alive is shorter than its peers, but it has been designed for multiple plays. The ending screen presents a final score, with points added and deducted respectively depending on a few possible choices made. Chose to steal from other survivors? Succumbed to eating human flesh? No bonus points for you. 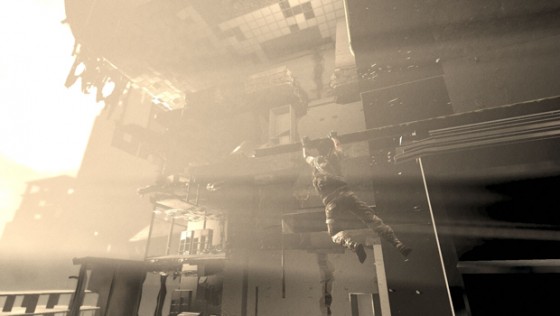 There are also 20 fellow survivors to either help or rescue along the way, most of which require an item to be found beforehand. When the city was evacuated it was a case of â€˜women and children firstâ€™, and so it was the elderly left behind to languish in the dust. One simply asks for a puff on one last cigarette; another a bottle of wine to help relax.

Thereâ€™s also a deformed male – assumed suffering from Kyphosis – occasionally seen within the shadows. When approached he chooses to speak only from behind a curtain; his silhouette illuminating the room. Bring him several items and heâ€™ll provide something to assist in your quest. His presence is most unexpected and left an impression.

A survivor mode gives the game another set of legs, in which ammo and resources are scarcer. It has been suggested by the few I Am Alive fans out there that survivor mode shouldnâ€™t be feared. A couple of guides even recommend playing through it straight away in order to unlock the majority of achievements in one fell swoop. Although Iâ€™ve not tackled it myself, it does stand to reason – this is one of those games that becomes easier towards the end. During the final chapter or two, worrying about health packs or stamina boosts wasnâ€™t an issue due to the sheer amount of resources sat in the inventory.

Itâ€™s easy to consider I Am Alive as a forbearer to Ubisoftâ€™s own ZombiU. The difficulty level is challenging but not unfair, while ammo has to be used sparingly. The final scoring page and retry system too bare some similarities, not to mention the setting – a ruined city that was evacuated in a hurry. It was undoubtedly Dark Souls which influenced ZombiU the most, but I Am Alive should still be remembered for playing a part in shaping the Wii U system seller.