Itâ€™s the 3DS that receives the bulk of new Nintendo downloads this week, although to be fair that’s pretty much always the case. 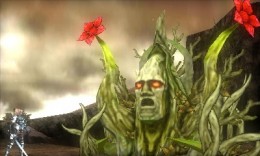 AeternoBlade, The Mysterious Cities of Gold: Secret Paths and SENRAN KAGURA Burst are all due on the 3DS eShop from Thursday, while Super Mario Bros. Deluxe is the weekâ€™s 3DS VC release, priced at Â£4.49.

German gamers are also set to receive Bibi & Tina – Das Spiel zum Kinofilm – a movie tie-in about horses. Theyâ€™re the best of all the animals.

Destructoid reports that hack and slasher AeternoBlade (Â£13.50) has a deep combat system and just the right amount of RPG elements but it doesnâ€™t quite manage to stand out from the other â€˜Metroidvaniasâ€™ on the handheld. Nintendo Life however found it bland and occasionally frustrating.

If the fact that the stars of SENRAN KAGURA Burst (Â£29.99) have â€œridiculously bouncy watermelon breastsâ€ (to quote Nintendo World Report) and wear very little doesn’t provoke you, it may be a safer – if somewhat more expensive – purchase. The brawler (which also arrives as a retail release on Friday) went down well over at Pocket Gamer and Nintendo Life, even with notable frame rate issues. The story too is said to be on the poor side, although we doubt few are planning to buy for that.

The Mysterious Cities of Gold: Secret Paths (Â£13.49) should be worth your time as well. Based on the classic â€˜80s cartoon – which has recently been revived for a new generation – this top-down adventure gained strong reviews when it premiÃ¨red on Wii U and iOS late last year.

And what do Wii U owners get this week? 2D deep sea evolutionary sim Evofish (Â£3.59) – which appears to be a more in-depth iteration of PopCapâ€™s Feeding Frenzy – and puzzler Warioâ€™s Woods (Â£3.49) on Virtual Console.

Fun fact: Wario’s Woods was the last US NES release, arriving in 1994. It wasn’t a bad way for the console to bow out on. 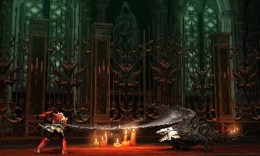 As for the week’s price drops, cult platformer Knytt Underground on Wii U is getting cut to Â£3.99 until 6th March, while Castlevania: Lords of Shadow – Mirror of Fate on 3DS will cost Â£19.99 from Thursday instead of Â£39.99. Presumably that reduction is to tie-in with the release of Lords of Shadow 2, out this week on Xbox 360 and PlayStation 3.

Finally, Ubisoftâ€™s Tom Clancy’s Splinter Cell: Blacklist and Just Dance 4 are getting permanent price drops to Â£19.99 and Â£14.99 respectively. That really highlights how out of touch Nordic Games are for dropping Darksiders II from Â£39.99 to Â£31.99 this week. In their book, a measly Â£8 saving must be something to celebrate.