For a second week in a row itâ€™s a busy week for new releases, even if the term â€˜newâ€™ is pushing it a bit for two of them.

Rayman Legends, for one, isnâ€™t all that fresh. The armless chap makes a belated appearance on both Xbox One and PlayStation 4 this week, available for around Â£25 to compensate for tardiness. If you missed out on Rayman Legends last year, then you missed one of the most finely crafted platformers of recent times.

Then we have Far Cry: The Wild Expedition, which comprises of Far Cry Classic, Far Cry 2 and 3, and the neon-hued Far Cry 3: Blood Dragon. Far Cry Classic only hit the download services last week, and a total non-appearance of reviews would suggest Ubisoft â€˜accidentallyâ€™ forget to send out review code. Hmm. Far Cry 2 is knocking on a bit now; so much so that it can easily be found for under Â£3. Far Cry 3 and fantasy spin-off Blood Dragon are both fantastic however, although you may want to rethink playing them back to back – even with a total reskin and an â€˜80s sci-fi vibe, Blood Dragon is still highly similar to Far Cry 3 in respect of enemy AI and other general mechanics.

Like Rayman Legends, this collection – out on PS3 and Xbox 360 – should set you back around Â£25. 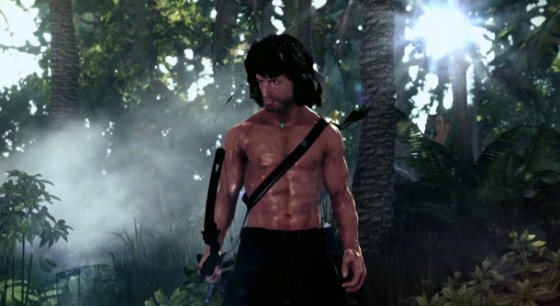 If youâ€™d rather storm jungles with an ageing action hero instead, thereâ€™s Rambo: The Video Game. The trailers for it managed to get tongues waggling, but for all the wrong reasons – it looks beyond poor, with Stallone resembling some kind of muscular store mannequin. From the looks of things it uses the same engine as Teyonâ€™s Heavy Fire: Shattered Spear, a budget release that tried to combine Call of Duty with Time Crisis but failed miserably. Approach with extreme caution.

Donkey Kong Country: Tropical Freeze is another that has stirred up some unforeseen discussion. Some critics love the fact that itâ€™s more of the same, while others felt the opposite. Even back when it was first announced it was clear that it was never going to reinvent the wheel (barrel?).

As such, scores have been mixed – everything from 6/10 from GameSpot to 10/10 from Destructoid. As we said during our weekly Nintendo download round-up, itâ€™s bound to sell well amongst the current Wii U community but probably wonâ€™t sell systems.

Worryingly, the next big Wii U release isnâ€™t until the end of May, leaving just a few third-party releases to fill the void. And we really do mean just a few – Pac-Man and the Ghostly Adventures, LEGO: The Hobbit and some Phineas and Ferb thing are the only games on the near horizon.

Anyway, back to games that you can buy this week. Last week saw two niche PS Vita titles that performed well in the PS Vita chart – Danganronpa: Trigger Happy Havoc and Toukiden: The Age of Demons entered at #1 and #2 respectively. Will YS: Memories of Celceta and Sorcery Saga: Curse of the Great Curry God do as well? With a name like that, the latter deserves to at least.

IGN claims that Ys is surprisingly accessible, while Play magazine said that the â€˜Roguelikeâ€™ Sorcery Saga is rather short for an RPG. Both have managed to bag plenty of 8/10 reviews, so itâ€™s hard to imagine RPG fans being disappointed with either.

Finally for the weekâ€™s retail releases, thereâ€™s Earth Defence Force 2025. If it wasnâ€™t for the fact that EDGE and Eurogamer both gave the B-movie influenced bug blaster a 5/10, we may have spoken about it sooner in this round-up.

We love EDF round these parts, championing the seriesâ€™ merits from as far back as Global Defence Force on PlayStation 2, but with EDGE describing 2025 as a gruelling grind all excitement we had for it has now been lost. Word as has it that the PlayStation 3 version has fewer multi-player modes too, due to technical issues. 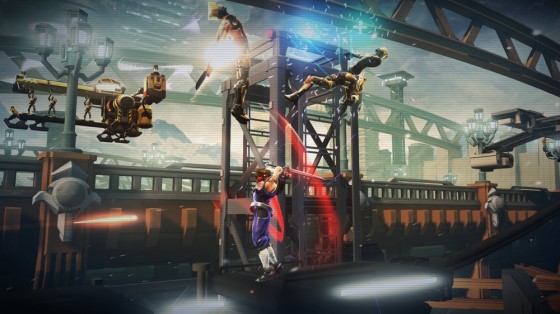 Double Helixâ€™s Strider reboot leads the way on the download services, backed by a bulge of 7/10 reviews. It hasnâ€™t gone down as well quite as well as some may have hoped, but a solid 7 is nothing to be sniffed at.

Thatâ€™s being joined by a standalone release of Assassin’s Creed IV’s Freedom Cry on PS3 and PS4. The add-on was deemed more than shipshape when it was first released, and so we approve of Ubisoftâ€™s decision to let those without AC IV have the chance to play it. Testing the water for future standalone DLC release, perhaps?

And now, itâ€™s balls to you. Pinballs, that is – Pinball FX 2â€™s Super League Football table is now available on PS3, PS4, PS Vita and Xbox 360. The PlayStation Blog has a trailer and a few other details. Yes, a trailer for a pinball table.