Recently I have become rather obsessed with the idea of self improvement. I’ve started running. I’ve started eating breakfast. I’ve stopped being a vegetarian. I also got myself into thinking that games could help me achieve my dreams of being a better person.

Since Brain Training sold approximately 67 billion copies, self improvement games have been coming out left, right and centre. Here are the results of my dabbling.

Fitness games are a fairly recent phenomenon. Wii Fit kicked it all off and it’s easy to see why it sold so well. The weight tracking is useful and the exercises are nice and gentle. My dad managed to lose nearly two stone using Wii Fit. It wasn’t so much the exercises that helped, he started eating better so the on-screen Balance Board character was less judgemental towards him.

Things have moved on, though. Where Wii Fit often failed was in the tracking of the exercises themselves. Luckily we now have Kinect, and its perfectly precise and 100 percent accurate full body tracking.

I have been spending time with Nike+ Kinect Training and it’s actually pretty fantastic. 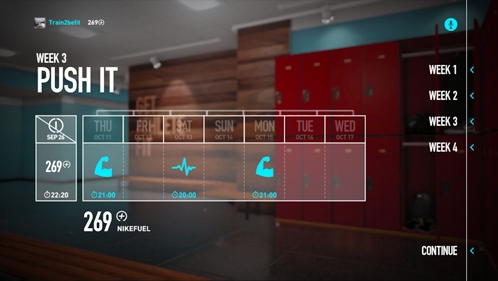 The tracking works just well enough not to be annoying and the pre-programmed exercises are actually pretty tough (especially the high goddamn knees). You can also set it for different workouts depending on if you want to shed weight or bulk up. The only problem is that the app doesn’t appear to be interested in your weight, just your fitness, and the area required to do the exercises is bigger than the surface of the Sun.

The Kinect Training game also links into the Kinect Fitness app that you can download, which ties together a load of Kinect apps and is a central repository for things like calories burned. It even ties nicely into Dance Central.

I’ve had a guitar since my first pay packet at the age of 18, however ten years later I still found myself unable to play even a simple song. Not even Wonderwall. This year would be different. This year I would learn a song. And I would use games (and fingers).

I started out with the original Rocksmith. The big selling point of the game is that it’s basically Guitar Hero with a real guitar. Which unfortunately is also its biggest downfall. It’s far too gamey, locking away songs you want to play behind a career mode that makes you sit through tedious songs first. Rocksmith doesn’t really teach you the guitar at all.

Luckily Rocksmith 2014 is a whole different kettle of fish. 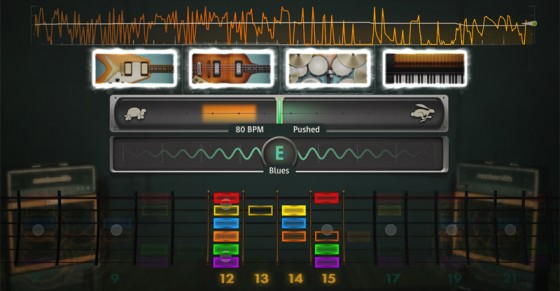 Released late last year, it’s a much more comprehensive sequel than the simple addition of a year to the name suggests. The UI has been completely rethought and the game plays much more logically. You’re now thrown into a list of songs and asked to choose your favourite and get on with it. It’s also got a much better selection of tutorials and mini games. I can’t recommend Rocksmith 2014 enough. I can now play a song! All the way through! (Granted, it’s a Ramones song, but still, a song!)

Being a better person

I could be a better person! I could have empathy and feelings and all the other things that normal humans seem concerned with. Maybe games could help me with that.

I started with The Walking Dead and The Wolf Among Us. Storytelling games with consequences. Maybe these games would teach me that the things I do affect other people. Unfortunately, they didn’t. All the way through both games I was very conscious I was playing a game, and all I was trying to do was see it through to the end. I didn’t really feel attachment to any of the characters, even though I could see some were well written. I admired the craft, but didn’t quite get swept away in the art.

Maybe Deepak Chopra’s Leela on Wii would help. It’s basically a mini game collection (obviously) with a side of guided meditation. Maybe I could be the kind of person that meditated. That’s a thing people like to do. 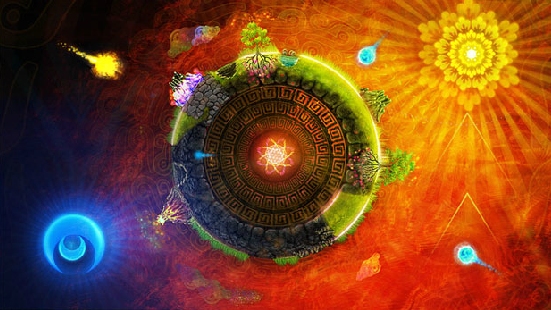 The findings of the experiment what I done

Games can tell us things. How to get fit. How to play guitar. How to get buff. But at the moment they can’t teach us about ourselves. And surely that’s the biggest lesson of all. (Note to Ed: Don’t edit that out. I meant it. I meant all the cheese. Look at my smug, smug face.)