In just a few weeks time, Dark Souls diehards across the globe will be shunning their friends and loved ones to put the anticipated sequel through its paces. Before we cut off all contact with the outside world, we thought we would revisit Dark Souls for one last time, for it truly is the Mount Everest of games.

Even if you havenâ€™t played From Softwareâ€™s outright classic, chances are youâ€™ll have heard it has the reputation of being tougher than frozen toffee. Indeed, since being released â€˜Dark Soulsâ€™ has become a by-word for â€˜brutally toughâ€™…right to the point where comparisons have started to become a little tedious, if not wholly invalid.

As the Chosen Undead, youâ€™re the hero of the game, and much like From Softwareâ€™s previous offerings (Kings Field, Shadow Tower, Demonâ€™s Souls) the lack of guidance and hand holding leaves the player literally in a world of their own.

With storyline titbits only being offered by way of NPCs, youâ€™d better hope youâ€™re listening and paying attention, because they wonâ€™t repeat anything. Not even once.

This much is clear – everybody in Lordran is undead and cursed by the Darksign, doomed to die over and over again until they eventually lose their humanity, and hollow. 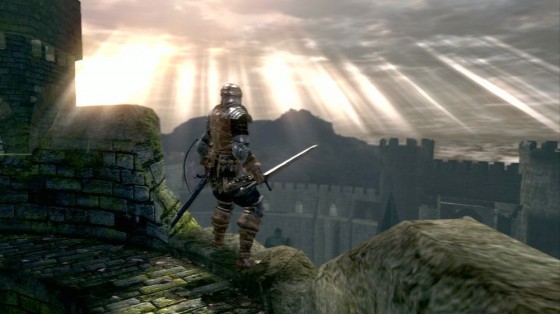 The warrior near death in the very beginning area happens to mention something about some bells, and making them ring, and thatâ€™s pretty much all you get to go on from the outset. After that, everything is up to you.

While the plot is not entirely difficult to glean, the backstory and lore are very rich and in-depth, and only given to you via the description from in game-items. Much of it however is open to speculation and interpretation. If you donâ€™t check item descriptions youâ€™re likely to miss out on a whole wealth of information pertaining to characters and locations. This is something which makes Dark Souls so brilliantly mysterious.

Incredibly, there is a whole DLC section which is completely missable if you donâ€™t know how to access it. And doing so is, of course, no easy feat. There is no distinct order in which you have to fulfil the requirements to progress, which can make it easy for the unwary player to stumble into pretty much any area before theyâ€™re ready or reasonably levelled. Some areas, meanwhile, are completely unreachable before certain events have even taken place.

Levelling is done by way of resting at bonfires: small beacons of light and warmth, at which you can restore health, Estus (aka healing potions) and spells, as well as level-up, repair and enhance equipment if you have the capabilities to do so. Kindling is also done at bonfires, which gives you more Estus flasks from that bonfire alone; but first you need to be human again, so offering humanity undoes your hollowing status.

While it seems at times youâ€™re utterly alone in this unforgiving land with NPCs being far and few between, youâ€™re sometimes able to call upon help before taking on some particularly nasty bosses, providing youâ€™ve restored yourself to your human state. 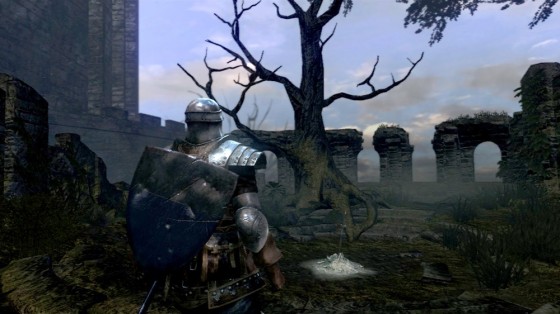 With a plethora of commonly mad characters, you can engage in jolly co-operation with the unforgettable Solaire of Astora, a knight with an obsession who has come to Lordran to seek his own â€˜sunâ€™; Siegmeyer of Catarina, an â€˜onion knightâ€™ on one last quest for glory and to give his life meaning; Big-Hat Logan, a sorcerer who has sought to leave behind his past fame and search for an unimaginable wealth of sorceries and spells.

Each of these characters and more have their own little sub-plots you can complete as side quests, often meeting somewhat distressing ends. Lordran is a distressing and unsettling place, and most no-one survives it, clearly.

On the other end of the spectrum, instead of summoning NPCs, you can summon other players from their own games by way of signs. They can also help you defeat bosses, to vanish back to their own game after ward. This is a game that only wants you to have help when you have no other choice.

PvP also plays a significant part, from random invasions while your humanity is restored, to seeking out and bringing evil-doers to justice. Even people who you once summoned to help you can choose to seek you out and hunt you down. Because why not? Itâ€™s Dark Souls, and Dark Souls is not your friend.

From being taunted with laughter as youâ€™re smashed into the ground by a guy with giant ‘man boobs’ and a huge hammer, to having a spider-woman hybrid spew lava at you, the experience offers a particularly steep learning curve. Learning the tell for every move is a tough job, and one that will likely cost you thousands of souls over time. But donâ€™t let this deter you.

While our first play through took upwards of sixty hours from start to finish, there are those who are able to run through the entire game in less than ninety minutes. And get this: they achieved it with next to no armour on. 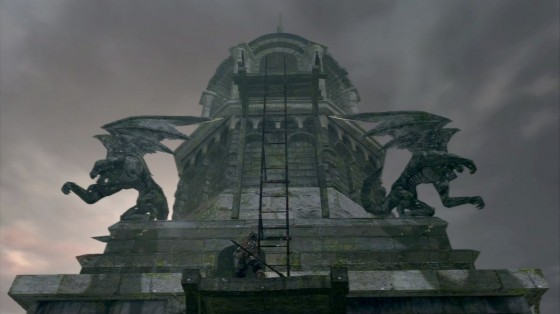 In fact, the game offers so little challenge to a few of the elite now that they handicap themselves by what they call â€œa challenge runâ€; running through the game using only certain weapons, or without levelling up at all. Incredibly, an â€œall bosses runâ€ world record currently stands at only one hour and twenty one minutes, where as necessary bosses can take just over fifty.

Dark Souls is quite possibly gamingâ€™s Marmite. Some find dying so often to be stressful and far from enjoyable, while others find it a challenge and rise up to meet it sword in hand, beating against their shield and charge the enemy down time and time again.

If the changes in upcoming Dark Souls 2 are anything to go by, it looks as though it too will provide the same butt clenching, heart stopping experience as its predecessor.