Thereâ€™s a bit of a retro theme going on in the world of new Nintendo downloads this week. Weâ€™ve got Retro Studioâ€™s Donkey Kong Country: Tropical Freeze sliding onto the Wii U eShop this Friday, Retro City Rampage: DX making a belated pitstop on 3DS and another two additions to the ever growing Virtual Console catalogue(s). 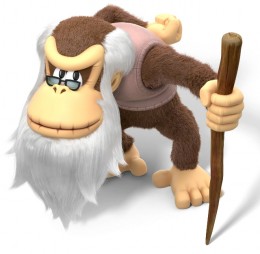 The Official Nintendo Magazine got â€˜first dibsâ€™ on Tropical Freeze, where it was awarded a respectful 86%. Reviews from other outlets have since been mixed, including 6/10 from GameSpot – who said it was â€œfrozen in timeâ€ – and 7/10s from both EDGE and Eurogamer. Destructoid however thought it was â€œpretty much flawlessâ€, giving it a resounding 10/10.

With very few Wii U games arriving at retail until Mario Kart 8 launches at the end of May, chances are Tropical Freeze will sell incredibly well amongst current Wii U owners and wonâ€™t struggle at all to break a million. Sadly though, we canâ€™t see it selling systems. As loveable as Donkey Kong is, the gorilla doesnâ€™t grab peopleâ€™s attention in the same way Mario and Zelda do. Donkey Kong Country Returns wasnâ€™t released all that long ago either, arriving on 3DS just last year.

The NESâ€™s dully titled Ice Hockey is the only other Wii U release this week, priced at Â£3.49. That other new arrival to the Virtual Console catalogue? Scrolling brawler Renegade, hitting 3DS VC for Â£4.49. Fans of Final Fight, Streets of Rage and Double Dragon would do well to give it a look.

Level-5â€™s WEAPON SHOP de OMASSE – the final part of the Guild01 series – is worth considering too, putting a novel twist on the RPG genre. Rather than the hero of a doomed world or similar, you play the part of a humble blacksmith whose job it is to forge weapons for various intrepid adventurers. Imagine Cooking Mama with weapon crafting instead of cookery, and you should get the gist. Here, have a video: 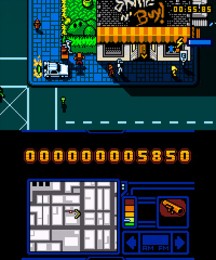 Although we havenâ€™t played Retro City Rampage on 3DS, we did spend a fair bit of time with the Xbox 360 version. We found it to be more of a curio than a proper game – driving around the 8-bit city while taking in the numerous, if not countless, nods and winks to retro games and â€˜80s movies is highly entertaining. The missions though left a lot to be desired, quickly raising in difficulty to the point where theyâ€™re no longer fun.

Having learnt that this 3DS â€˜DXâ€™ edition addresses a lot of issues with checkpoint placing and weapon balancing makes it sound a far better proposition, plus the fact that itâ€™s something suited to playing in small bursts makes it an ideal game to bring to the handheld. Itâ€™ll cost Â£7.99 when it rolls out on Thursday.

This leaves us with Kung Fu Rabbit, which was mostly well received when it launched on PS Vita and Wii U over a year ago. Fast paced and challenging, it has been likened by many as decent alternative to Super Meat Boy. For Â£4.49, you may want to investigate further.

As for this weekâ€™s discounts, Professor Layton and the Miracle Mask drops to Â£27.99 while Phoenix Wright: Ace Attorney – Dual Destinies has been cut to Â£19.99. Both of these will be on offer until 27th February.

Then on Wii U, TNT Racers – Nitro Machines Edition is Â£4.49 until 6th March and the highly recommended Trine 2: Directorâ€™s Cut will be Â£5.49 until 13th March.

A bunch of titles from Teyon have been reduced too – Heavy Fire: Black Arms 3D, Heavy Fire: Special Operations 3D, Robot Rescue 3D, Crazy Chicken: Director’s Cut 3D and Bird Mania Christmas 3D. Nintendo Life quite enjoyed that last one – giving it an unexpected 8/10 – but the rest are to be approached with caution.