It’s such a varied week for new releases that thereâ€™s bound to be something out to pique your interest. And in the middle of February too? How unforeseen.

Not one but two big name retail releases are competing for your hard earned money – Lightning Returns: Final Fantasy XIII and The LEGO Movie Videogame.

Like the look of both? They can be found for around Â£30 online.

The LEGO Movie Videogame is the rarest of things – a decent movie tie-in. Thereâ€™s a reason for this though, and it’s one worth baring in mind. To wit: it treads a very worn, albeit it likeable, path. US gamers got the â€˜block busterâ€™ last week, which was met to a stack of 7/10 and 8/10 review scores.

â€œThe Lego Movie Videogame should be just the ticket if you’re ready to spend another 10 to 12 hours in the fantastic world of animated plastic blocksâ€ said GameSpot, while Game Informer claims that â€œthe visuals are a surprising hookâ€.

Itâ€™s out on just about everything – PS3, PS4, Xbox 360, Xbox One, Wii U, 3DS, PS Vita and PC. Word has it that the handheld versions – which are viewed from an isometric perspective – are to be approached with caution though as they’re theyâ€™re rather on the short side. 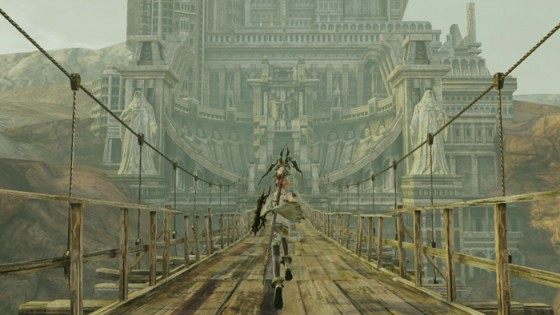 Whereas universal opinion has it that The LEGO Movie Videogame is pretty good – on consoles, at least – Lightning Returns: Final Fantasy XIII has been getting some incredibly mixed reviews.

EGM felt that itâ€™s â€œwholly pointlessâ€ while GamesRadar described it as a “laborious grind”. The Metroâ€™s GameCentral even went as far as saying that itâ€™s as if it has been â€œspecifically designed to feel as shallow and disconnected as possible”. Cripes.

Play magazine and Eurogamer however both gave it a glowing 80% / 8/10. Both reviews are recommended reading, with the former in particular taking in some thoughtful consideration that not everyone is going to love it.

Most critics did to agree though that the story is absolute bobbins. Usually when a game gets mixed reviews we suggest trying the demo, but in a game this sizeable itâ€™s doubtful that itâ€™ll give the full picture. Ho hum.

Hot on the heels of last weekâ€™s release of the redesigned PS Vita comes two new releases – Danganronpa: Trigger Happy Havoc and Toukiden – The Age of Demons. The former is a visual novel entailing a series of murders at a far from typical high school, while the latter has been described as an addictive mixture of Monster Hunter and Dynasty Warriors. With the Metacritic scores currently standing at 83% and 76% respectively, itâ€™s fair to say that both a well worth a look. 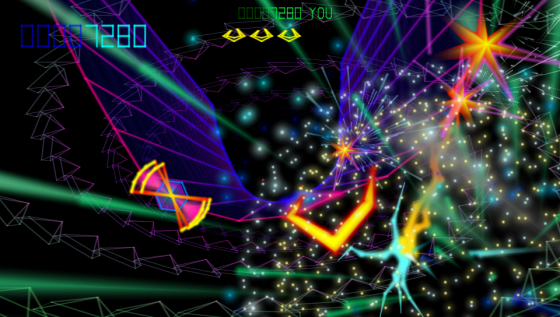 Following suit, the PS Vita gets another essential download in the form of Llamasoftâ€™s TxK. Available for Â£5.49 (or Â£4.39 for PS Plus subscribers for the next two weeks only), EDGE believes that â€œTxK isnâ€™t just one of the best games on Vita: it might just be the best Minterâ€™s ever made, tooâ€. Imagine a shiny new version of the Jaguar classic Tempest 2000 and you should be about there.

A trio of new releases are likewise hitting Xbox Live – XBLA releases LocoCycle and Far Cry Classic and the free-to-play World of Tanks: Xbox 360 Edition, which is classed as new ‘Games on Demand’ release.

Far Cry Classic – which forms part of next weekâ€™s retail Far Cry: The Wild Expedition collection – is also arriving on PSN. Eurogamerâ€™s live stream from Wednesday would suggest that it was best left in the past. Time appears not to have been kind to it, which admittedly we didnâ€™t expect – it was once a showcase of high-end PC tech.

And if the critically mauled Xbox One version of LocoCycle is to go by, this belated Xbox 360 iteration is one to skip too. Itâ€™s also worth baring in mind that the Xbox One version is strongly tipped to be among the first â€˜Games for Goldâ€™ titles when the scheme launches for Xbox One owners.

Hardly a great week for XBLA games, then. At least World of Tanks: Xbox 360 Edition is worth a download – we enjoyed what we played during the long-running beta. If you arenâ€™t an Xbox Gold subscriber itâ€™s still available to play, albeit with a time-limit attached.

Finally, The Last of Us gets the anticipated â€˜Left Behindâ€™ DLC this week, priced at Â£11.99. Set before the events in the full game, it sees Ellie and her best friend Riley grabbing their backpacks and heading into the streets alone. As you can no doubt guess, their little adventure soon takes a turn for the worst.