Nintendo’s download schedule for this week isnâ€™t to be sniffed at. Why? Because you might catch a whiff of Finnâ€™s garbage. 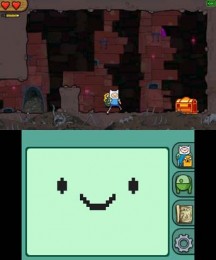 After being released in the US back in 2012, Adventure Time: Hey Ice King! Why’d You Steal Our Garbage?!! finally gains a European release via the 3DS eShop.

We reviewed the DS version – which is pretty much identical in terms of content – upon its US release and found it to be a neat little homage to the NESâ€™s Zelda II.

Thereâ€™s a fair bit of backtracking, and itâ€™s quite easy to get lost due to the curious lack of prompts informing where to go next, but it’s certainly better than most licensed games and has a resounding musical score to boot. We even prefer it to last year’s Adventure Time: Explore the Dungeon.

But the chance to traverse across Ooo comes at a price – itâ€™s set to cost a whopping Â£34.99. For a download of a two year old game, thatâ€™s incredibly steep. You may want to consider buying the import DS version instead, which can be now be found for around Â£10-Â£15 on Amazon and eBay. 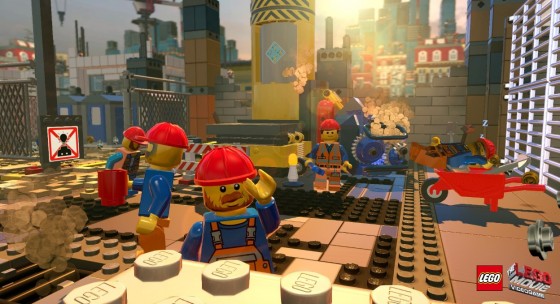 A few other retail releases join Finn and Jake. The LEGO Movie Videogame will be available to download on Wii U and 3DS for Â£34.99 from Friday, as will Inazuma Eleven 3: Team Ogre Attacks! which sees the team take on a futuristic enemy that has travelled back in time. We hope itâ€™s T-1000.

Budget publishers Bigben Interactive are releasing the self-explanatory Spot the Differences! for Â£8.99 on 3DS, along with a demo of the tediously titled Games Festival 1. Can you resist the temptation of playing hook-a-duck and balloon popping mini-games on your handheld? You can at least guarantee that the games arenâ€™t rigged.

Just in time for Valentineâ€™s Day, the well-received Spin the Bottle: Bumpie’s Party on Wii U gets a free update which includes a handful of camera-based mini-games. Donâ€™t be quick to snub this one – it uses the GamePad in more ingenious ways than even Nintendo themselves can muster.

Dr. Mario is the weekâ€™s only Wii U Virtual Console release. It’s Â£3.49 unless you purchased the recent Dr. Luigi, in which case it’s free. If you donâ€™t own Dr. Luigi yet and want to get in on the deal you have until 20th February.

Finally, we have a trio of 3DS discounts. A rather odd bunch they are too – Sweet Memories Blackjack drops to Â£2.69, as does the apparently pretty good mobile food vendor simulator Brunch Panic, while Darts Up 3D goes down to 89p until 12th March.