Once destined to fill gamer’s Christmas stockings, Fable Anniversary is finally with us this week. Having read a few reviews though, we arenâ€™t entirely sure if that extra development time was as well spent as it could have been.

Eurogamer and GamesRadar – amongst others – speak of weird bugs and glitches, stuttering frame-rates, texture pop-in and rather dated looking animation.

Indeed, it doesnâ€™t sound quite the celebration that it should have been. Most critics did enjoy the new achievements though, some of which have two requirements to unlock. Thereâ€™s even one called â€˜Ass Creedâ€™ to bag by dressing up like a certain fellow adventurer.

Does the Â£24.99 price-tag make up for its technical shortcomings? A wealth of 6/10 reviews would suggest not.

A fable of another kind now – The Wolf Among Us: Ep 2 – Smoke and Mirrors.

The first part of Telltaleâ€™s twisted fairy tale was both bloody and brutal, offering more of a murder mystery vibe in comparison to The Walking Deadâ€™s quest for sheer survival. There was also some pleasure to be had by hearing Mr. Toad – of Wind and the Willows fame – swearing his grotesque head off. GamesRadar reports this second episode is darker still, pushing the story along nicely while building up suspense for the next episode.

Those who purchased the season pass on Xbox Live had trouble unlocking the Â£3.99 episode when it launched yesterday. With a bit of luck Microsoft will have fixed this issue by now. 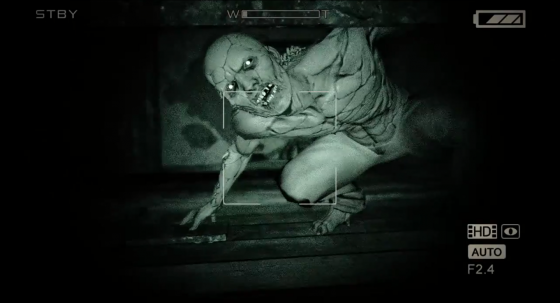 Itâ€™s a pretty busy week on PSN with Outlast on PlayStation 4 leading the way. Available for free to PS Plus subscribers, itâ€™s a survival horror romp set inside an abandoned asylum. EDGE and Destructoid both gave last yearâ€™s PC version 9/10, and so those who enjoy sitting on the edge of their gaming sofa would do well to take a look. Finished it on PC? The PS4 version has a new â€˜insaneâ€™ difficulty mode – one life is all you get.

The well received Castlestorm Complete Edition collides onto both PlayStation 3 and PS Vita with Cross Buy support, priced at Â£11.99. Both formats are also receiving Capcomâ€™s acrobatic platformer Dustforce this week, although it looks like Cross Buy is no-no. It gets its name from the fact that you play as a janitor out to sweep away a world corrupted with dust and filth. The PC version went down well, albeit back in 2012.

Thereâ€™s also Surge Deluxe on PS Vita from Futurlab. Itâ€™s a match-three puzzler with an electric neon-hued colour scheme. You can find a few tips and screenshots over on the PlayStation Blog. EDGE found much to enjoy and Â£3.99 asking price doesnâ€™t seem too shabby at all. 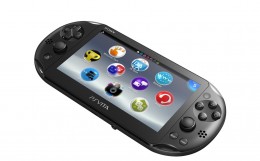 Although the PS Vita slim – as it’s unofficially known – has 1GB built-in memory, the screen has seen a reduction in quality from OLED to LCD. Itâ€™s an unsteady compromise.

Moreover, the fact that itâ€™s Â£180 seems to suggest that Sony are preaching to the already converted, especially when some decent PS Vita bundles can be had for around Â£140 online while a second hand Vita now costs less than Â£100.

At least the handheldâ€™s future is looking rosier that it once did, thanks to the likes of Football Manager 14, Final Fantasy X/X-2 HD Remaster, Llamasoftâ€™s TxK and more due out soon.