It was only a few weeks ago that Crystal Dynamics revealed Tomb Raider did eventually go on to make profit, contradicting everything Square-Enix said about it not selling as well as forecast. Then again, they did have some frankly absurd expectations – it sold 3.4 million in its first month, when Square expected a ridiculous 6 million. Even with a string of 10/10 reviews behind it, chances of that happening were minimal. 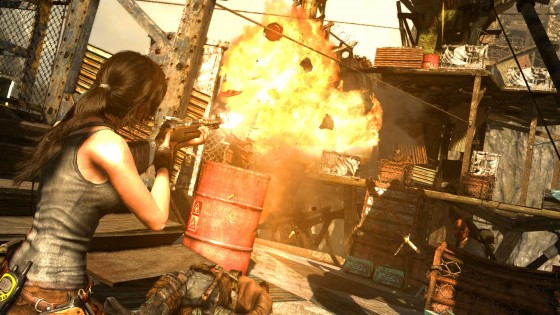 Presumably then, anything Tomb Raider makes from now on will simply be pushing it past the line of profitability. Cue this weekâ€™s Tomb Raider: Definitive Edition, which is in fact the first Xbox One and PlayStation 4 retail release since both consoles launched. Some food for thought, there.

Unlike Square-Enixâ€™s own Deus Ex: Human Revolution Directorâ€™s Cut, it hasn’t received a major overhaul – visually it’s far slicker, the DLC has been thrown in and there are now voice and motion control option. And thatâ€™s about your lot. There are no new quests, additional puzzles or extra areas to explore, and because of this itâ€™s hard to recommend to anybody who played through it first time round.

Reportedly, the PlayStation 4 version runs at 60fps while the Xbox One version hangs steady at 30fps. Videogamer claims two different studios handled the conversions – Nixxes took the helm of the PS4 version while Sleeping Dogs developer United Front Games handled it on Xbox One.

Eurogamer found that it was so alike to the original that they didnâ€™t bother writing another review – they simply re-posted the original’s review with a short addendum. Videogamer meanwhile did give it a full going over, although they did point out that they only played it for 4 hours. Both went on to give it a solid 8/10. For the record, we gave the original 9/10. You can read our review here. 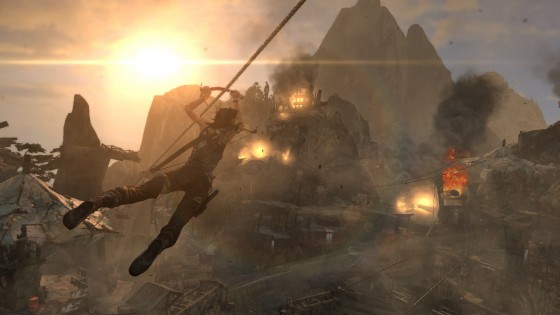 Sticking with current gen? Thereâ€™s a â€˜Game of the Yearâ€™ edition out this week too, containing all DLC. Expect to pay Â£15-Â£20…if you can find a copy. The only online retailer we could find stocking it is TheGameCollection. Odd.

American gamers received it last October, where it was met to decent reviews – the Metacritic currently stands at 76% 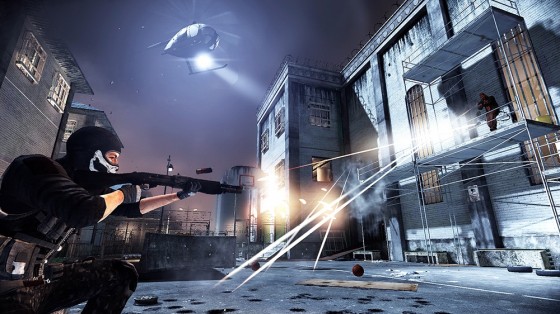 After a couple of quiet weeks, thereâ€™s finally something new on XBLA – 505 Gamesâ€™ Rekoil: Liberator, priced at Â£11.99. Itâ€™s a â€˜competition levelâ€™ first person shooter in which great lengths have gone into making it as balanced as possible. Tactics and genuine skill are required to top the scoreboards, rather than a fist full of grenades and having a rocket launcher in your arsenal. With no reviews currently available, we suggest giving the demo a go first.

Then over on PSN, Monkey Paw Gamesâ€™ â€˜retro rushâ€™ continues with the previously import-only The Firemen 2: Pete & Danny. Set in a fun fair on Christmas Eve, itâ€™s a top-down fire fighting RPG with local multiplayer. Considering that 2D visuals age more gracefully than 3D, weâ€™d wager that it holds up quite well.

Update: Looks like Halo: Spartan Assault is dropping on Xbox 360 this Friday. Two XBLA games in one week? They’re like a form of irregular transport.