It was Toy Fair 2014 at London’s Kensington Olympia this week. Video games didn’t exactly feature prominently, but Sonic was there. 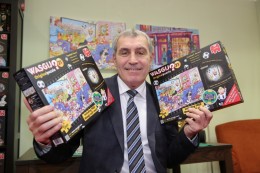 You can see him above, loitering in the background of a photo of event manager Simon Pilling. Sega weren’t exhibiting, so it’s hard to say exactly what Sonic was up to. Apart from loitering.

But importantly, Sonic’s presence is pretence enough to bring you this slightly uncomfortable photo of Peter Shilton from the show.

From play to academia, and the Epic Games Centre launched at Staffordshire University this week. That’s not a case of academia trying to be all hip and young; it’s a collaboration with developer Epic Games. Here’s their European Territory Manager Mike Gamble standing in the centre. 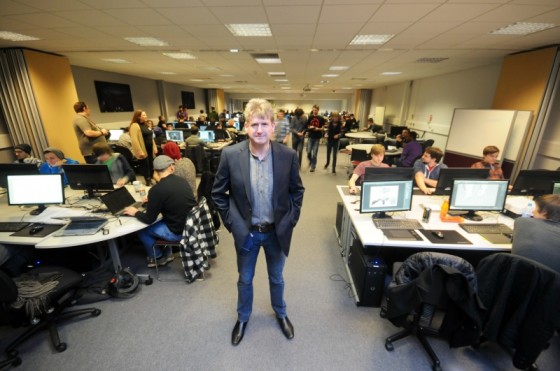 It’s not exactly a local tie up. With headquarters in North Carolina, and additional studios in Washington, Utah, Poland, Korea and Japan, it’s not going to be very convenient for the “key personnel” involved from Epic. Even the UK arm, which handles licensing services for Europe, is based in East Sussex. There are going to be some hefty expense claims. 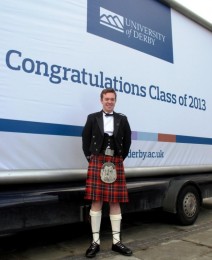 Just down the A50, Derby University also blew the trumpet of its game-related degree courses, as its graduation ceremonies took place.

The chap in the photo is Peter Innes, who completed the BSc Computer Games Programming last year with a 2:1, and is now working for Microsoft in the fancy USA, but flew back for graduation. And to stand in front of a lorry with a cracking billboard on and have his photo taken.

It’s also worth noting that the Programme Leader for that particular course is the improbably named Dr Tommy Thompson. 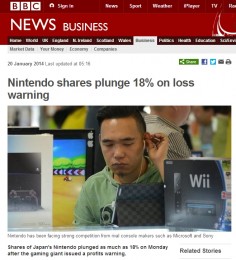 And finally to Nintendo, who have been in the actual news with their loss warning and resulting share price drop.

BBC News wins the award for best accompanying photo, with this effort of a slightly sad looking man near a Wii U.

It’s the standard to which we all aspire.