Say hello to the first Xbox 360, PlayStation 3 and PS Vita retail release of the year – Dragon Ball Z – Battle of Z. Yeah, it has been a slow month.

Whereas the majority of Dragon Ball Z games have taken the form of one-on-one brawlers in the past, this one offers online battle royales for up to eight players.

Curiously, itâ€™s by a studio that has never worked on a DBZ game before – Artdink, of A-Train and No One Can Stop Mr. Domino fame. You all remember that last one, right?

Reviews are thin on the ground as it isnâ€™t due out in the US until next week, but Namco has been thoughtful enough to provide a demo. Considering that itâ€™s a full price release, we suggest trying before buying.

For those jumping in regardless, GAME has bagged the ‘Goku Edition’ which includes a 25cm Goku figure, an art book and a downloadable costume. At Â£79.99 itâ€™s safe to say itâ€™s aimed at the total Dragon Ball diehards out there. Thereâ€™s certainly a fair few of those about – the last DBZ game entered the UK chart at a surprisingly high position. 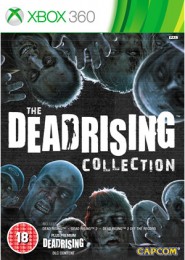 Although Dead Rising is knocking on seven years old and both Dead Rising 2 and Case Zero were available for free as â€˜Games for Goldâ€™ titles, the fact that Off the Record still sells for Â£10+ makes the Â£20-Â£25 asking price pretty reasonable.

Currently the cheapest place to get stuck into some mindless zombie harming is Base.com, at Â£19.99.

Going by the trailer, that vehicle is a a real force to be reckoned with – a heavily armoured tank:

Over in the world of downloads PS Vita-exclusive 2D skateboarding sim OlliOlli leads the way, impressing all those who play it with itâ€™s easy to pick up controls and clean-cut presentation.

Scores include 9/10s from Eurogamer and God is a Geek, 8/10 from GameInformer, 7/10 from Pocket Gamer and a thumbs up from Gert Lush Gaming…even though it hurt theirs.

Itâ€™s available now for Â£7.99, with an extra 20% off for PS Plus subscribers for the first week. 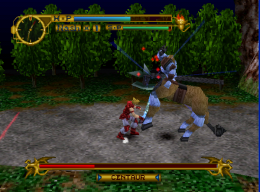 The second of Monkey Pawâ€™s previously import-only PSone games is hitting PSN too – 1998â€™s 3D beatâ€™em up Lucifer Ring. Likened by some as a 3D successor of Golden Axe, itâ€™s said to be short but offer decent replay value.

Unless either Rekoil: Liberator and/or Halo: Spartan Assault makes a surprise appearance this Friday, thereâ€™s nothing out on XBLA to speak of. Both of these have rough â€˜January 2014â€™ release dates, so if they donâ€™t appear this week then we wonâ€™t have long to wait.

Wondering where this weekâ€™s Nintendo eShop downloads are? Weâ€™ve decided to show Nintendo a bit more support and give them their own weekly round-up. With loads of decent looking indie titles hitting Wii U over the next few months, we felt that they deserved more than a slight skimming over. 3DS and Wii U retail releases will however remain part of our weekly multi-format round-up. Hopefully it won’t get too confusing.