Rather than cram Nintendoâ€™s eShop offerings in with the rest of the weekâ€™s new releases – like we have been doing for quite some time – weâ€™ve decided to give Nintendoâ€™s download schedule a regular weekly overview. The main reason for this is that we felt as if we were skimming over a lot of pretty neat stuff. Also: giving Nintendo a bit more support seems the right thing to do.

After last weekâ€™s offering of Dr. Luigi U and F1 Race Stars: Powered Up Edition, itâ€™s a case of slim pickings this week – just two new releases and two new additions to Virtual Console. As always, all these will be available to download from Thursday. 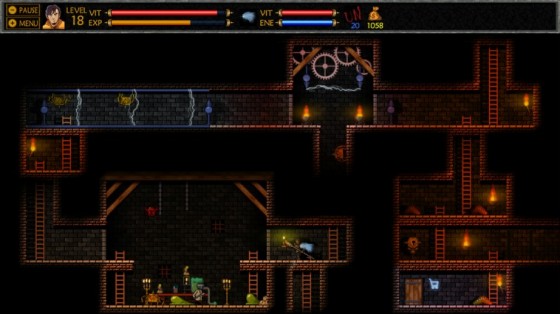 Indie title Unepic (Â£8.99) on Wii U may pique your interest. A 2D adventure with a sense of humour, it sees Daniel – a D&D player and videogame fan – become sucked into a huge castle while playing a role-playing board game with friends. Believed to be experiencing a hallucination, Daniel chooses to cautiously explore the castle’s corridors while taking on various quests and battling screen-filling bosses. The trailer suggests that Castlevania fans in particular are going to be well looked after.

Then on 3DS thereâ€™s Bella Sara 2 – The Magic of Drasilmare (Â£29.99). Imagine a mixture of Barbie and My Little Pony and should get an idea as to whom itâ€™s aimed at. Failing at mustering up images of such a thing? Screenshots can be found on Nintendoâ€™s site.

Super Mario Bros: The Lost Levels on Wii U (Â£3.49) and Ninja Gaiden III: The Ancient Ship of Doom (Â£3.59) on 3DS are the two aforementioned VC releases. 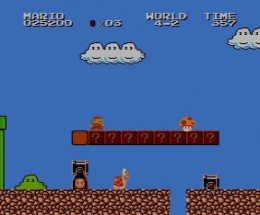 Known as Super Mario Bros. 2 in Japan, Nintendo deemed it too tough for western audiences and so Arabian platformer Doki Doki Panic was re-skinned to become the western worldâ€™s Super Mario 2. The west didn’t get to tackle until it was included in the SNESâ€™s Super Mario All-Stars, complete with new-fangled 16-bit visuals.

It has also been available on the Wii’s VC since 2008, so we assume that most people who felt like they’re up for the challenge have given it a shot by now. Still, it’s pleasing to see it on Wii U and it’ll be interesting to see the reaction from today’s gamers on Miiverse. 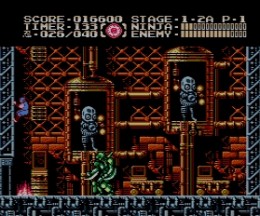 Ninja Gaiden III is another NES game, this time harking back to 1991.

In contrast to the above, Tecmo actually made it harder for the US market – it had stronger enemies, fewer continues and the password system was removed all together. This lead to it receiving some critical reviews back in the day, and as such, it may be wise to approach with caution. Maybe we should be lucky that it was never released in Europe until now?

No less than twelve titles are receiving price drops this week too. Ones to consider include AiRace Speed (Â£2.69), well received 2.5D shooter Fractured Soul (Â£3.59) and the impressive looking first-person brawler Rage of the Gladiator (Â£3.19).

And for those really feeling the pinch after Christmas, Boulder Dash-XL 3D is Â£2.49 until the end of the month. Rockinâ€™