There are not one but two titles featuring Nintendoâ€™s plumbing duo out this week, but thereâ€™s no need to go rolling your eyes – they couldnâ€™t be any more different from one another.

Like NES Remix, the Wii Uâ€™s Dr. Luigi has seemingly been knocked up on a tight schedule to fill a void on the eShop. We can only speculate as to how long these two were in development, but weâ€™d wager that it wasnâ€™t much longer than three or four months due to their simplicity.

Reviews of the Â£13.49 download appeared on US sites earlier this month, with most suggesting that developers Akira coped well with the short development cycle.

GameInformer in particular thought it provided a decent dose of nostalgia, giving it an 8/10. They did however find the controls â€œa bit finickyâ€ for the new Operation L mode in which Luigi is armed with nothing more than L-shaped pills. 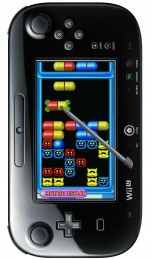 As well as both two-player local multi-player and online play, itâ€™s also possible to play the puzzler via the GamePad. A neat touch, we think. We also approve that it features the classic â€˜Feverâ€™ music. Just you try getting that tune out of your head.

Also arriving on the Wii U eShop this week is F1 Race Stars: Powered Up Edition. Originally due out months ago, we assume Codemasters have been sitting on it until Wii U sales have improved. Although hardly the freshest racer around, itâ€™s not exactly a bad game either. Itâ€™ll set you back Â£19.99.

Then on Wii U Virtual Console thereâ€™s Konamiâ€™s The Legend of the Mystical Ninja for Â£5.49 while Castlevania II Simon’s Quest makes its mark on 3DS VC for Â£3.59. 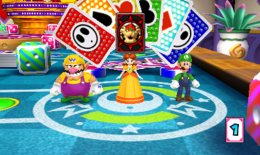 As well as hitting retail on Friday, Mario Party: Island Tour will be available on the 3DS eShop at launch, priced at Â£34.99. Sadly, all signs point to it being a party thatâ€™s not worth crashing.

The Metacritic currently stands at a sloppy 58%, including three 4/10 reviews from NowGamer, Destructoid and GameInformer. The Official Nintendo Magazine and GamesMaster magazine panned it too, giving it 60% and 43% respectively.

Over on PSN and XBLA Assassinâ€™s Creed Liberation HD leads the way, priced at Â£15.99. As well as improved visuals over the PS Vita original, it additionally contains new missions that dive deeper into Avelineâ€™s story. A demo is available now.

Double Dragon makes its way to PSN this week too, via MonkeyPaw Games.

Itâ€™s the first of six previous import-only PSone games which the publisher plans to release at a rate of one per week. Here, have a trailer:

Be warned though – this isnâ€™t the side-scrolling Double Dragon that most know and love, but rather the one-on-one brawler that even fans find hard to like.