The first month of the year is always a quiet one for new releases, but there is usually at least one big name game out. Last year we had DmC – a game which many seemingly forgot about when compiling their GOTY lists – and also the budget priced Anarchy Reigns. Only two games, yes, but they were enough to see us through to the somewhat busier month of February. 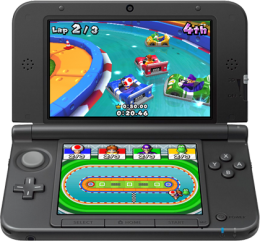 This January we arenâ€™t quite so lucky. Mario Party: Island Tour on 3DS is the biggest release, and by quite some margin.

We were expecting it to be joined by on-rails shooter Rambo: The Video Game but that appears to have suffered another delay, pushing it back into February. It was originally due out months ago, and we assumed it was delayed to escape the Christmas rush. Now that itâ€™s due at the end of February, weâ€™re thinking that perhaps publisher Reef has requested a bit more spit and polish. We donâ€™t have that much hope for it either way, all told. Polish developer Teyon also made Heavy Fire: Shattered Spear, which walked away with a shameful 2/10 from us back in August.

Choice of format for Mario Party: Island Tour did initially strikes us as an odd one. The Mario Party games may not be the pinnacle of the plumberâ€™s career, but when played with others sat on the same sofa thereâ€™s potential for plenty of ribbing and repartee. We thought that by releasing it on a handheld that potential would be lost, but Nintendo appears to have taken this into mind – itâ€™s possible to host a four player game with one cartridge. StreetPass mini-games feature too, which unlock collectable items.

Even if review scores are less than great it should do well in the chart off the back of the abundance of 3DSs and 2DSs sold over Christmas.

The humble DS isnâ€™t being forgetting about just yet either. Not only is the aging handheld belatedly receiving LEGO Marvel Super Heroes: Universe in Peril but also Phineas & Ferb: Quest for Cool Stuff. Curiously, over in America the latter was released on Xbox 360, Wii U, Wii and 3DS in addition to DS but it would appear us Europeans are getting just the DS version. Medicore reviews suggest we arenâ€™t missing out on much.

This leaves us with Dragon Ball Z Battle of Z, out 31st Jan on PS3, Xbox 360 and PS Vita. Whereas previous Dragon Ball Z games have mostly been one-on-one brawlers, this is a large-scale affair with eight-player online battles. A demo is available now on Xbox Live, although we guess that the appearance of Great Ape Vegeta alone will be enough to sell it to the fans.

Of course, these arenâ€™t the only games out during this month – expect a handful of releases on PSN, XBLA and on the Nintendo eShops. Assassin’s Creed Liberation HD is slated for the 15th, priced at Â£15.99. Competition level FPS Rekoil: Liberator is a pretty safe bet too, as is the second episode of The Wolf Among Us.

Update: Thereâ€™s also Tomb Raider: Definitive Edition on PS4 and Xbox One, which may – or may not – be out 31st January. The release date is sketchy; GAME and Amazon have it to pre-order, but no release date is mentioned. Although a very good game itâ€™s bound to face criticism over Square-Enixâ€™s decision to release it at full price.