Three releases are arriving at retail just in time for Christmas, but they arenâ€™t exactly ones we can elaborate on.

To wit – the 3DS version of the manky Adventure Time: Explore the Dungeon, Zumba Kids on Wii and a ridiculously priced re-release of Red Faction Guerrilla via new license holder Nordic Games.

If we turn to the world of digital downloads though, we find much to talk about. That’s especially the case on PSN where Minecraft arrives for a modest Â£12.99, with an additional ‘Festive Skin Pack’ priced at 79p. Doesn’t it look suitably jolly? 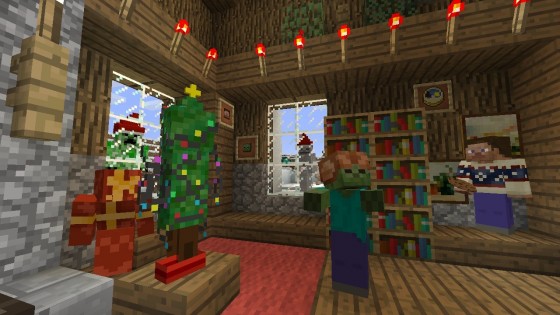 Seeing how well the Xbox 360 version has sold at retail, Sony would be fools not to arrange a retail release for Minecraft in the not too distant future.

With PS Vita and PS4 iterations due next year, this leaves just the Nintendo consoles without a version of the perfectly pixilated voyage into self-discovery. Hopefully 2014 will change that – it really makes no sense for it not to be released on Wii U or 3DS.

The small army of pinball fans out have two new sims to choose from – the apparently pretty good Pinball Arcade from System 3 and the well-established Zen Pinball 2.

The former features tables based on Star Trek, The Twilight Zone and more while the latter has Star Wars, Plants vs Zombies and Marvel-themed tables. Both are free downloads offering the chance to trial tables, with prices starting at a few quid each.

Then on PS Vita only thereâ€™s Half Brickâ€™s Age Of Zombies, the A-Men 1+2 Bundle Pack, BitTrip Runner 2: Future Legend of Rhythm Alien, MotoGP 13 Compact and Broken Sword â€“ The Serpentâ€™S Curse (Part 1). That last one has a 20% discount for PS Plus members.

Itâ€™s a busy week for Nintendo formats too, with developers wanting to get their games onto eShop before everyone slouches in front of the TV for the entirely of Christmas. 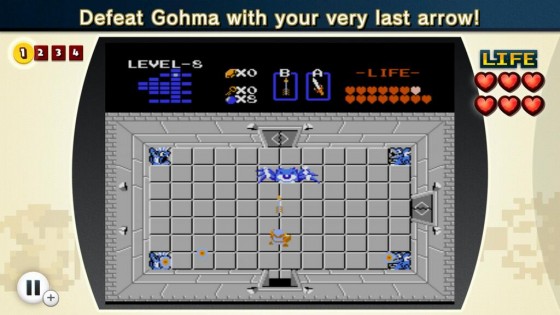 On Wii U thereâ€™s cult platformer Knytt Underground for Â£7.99 and the surprise release of NES Remix. Announced just yesterday during Nintendo Direct, it offers bursts of short challenges set in various NES games. Think along the lines of 9-Volt’s segments in WarioWare.

The retro revival doesnâ€™t end there – 3D Streets of Rage and 3D Shinobi III Return of the Ninja Master drive their way on the 3DS eShop, as does Konamiâ€™s Life Force. All of these will set you back a mere Â£4.49 each.

They’re joined by Banana Bliss: Jungle Puzzles, Winter Sports 2012 – Feel the Spirit, 101 Penguin Pets 3D and Akari by Nikoli which appears to be a variant of Sudoku.

It’s not such a busy week for the Xbox, with just one new game making an appearance. Itâ€™s a very good one though – the first episode of The Walking Dead: Season Two. Somewhat amazingly, it appeared on PSN yesterday also rather than facing an embarrassing delay like the last season did.

â€œAll That Remains does a great job of reintroducing the series, and switches things up in a way that could have tripped up harder than Lee over a tree branch yet feels like the only way the story could have been continued. As bleak and terrible as the Walking Dead universe is, it’s great to be back in it… and of course, to be able to leaveâ€ said Eurogamer in their 8/10 review.

If this one has piqued your interest, a trailer can be found here.