Praise be for digital downloads – if it wasnâ€™t for the likes of Peggle 2 and Doki-Doki Universe weâ€™d only have two retail release to talk about this week.

Those two heading to retailers? Wii Fit U and the belated Wii U version of Adventure Time: Explore the Dungeon Because I Donâ€™t Know.

We reviewed the Xbox 360 version of Adventure Time last month and found it to be rather on the smelly side. Taking inspiration from the arcade classic Gauntlet, itâ€™s a dull and tedious dungeon crawler with very little going for it. Itâ€™s surprisingly tough for something aimed at younger gamers too, featuring rooms filled with projectile-spewing enemies that can drain a health bar in a heartbeat. We really didnâ€™t have much fun with it.

Next week sees the release of the 3DS version, which fans should also cross off their Christmas list. Destructoid and Nintendo World Report claimed in their reviews that it suffers from slowdown, amid a long list of other faults. They both gave it a miserable 2/10. 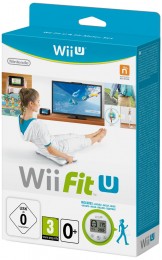 Available with or without the balance board, Wii Fit U should please those who found the original proficient at burning off the blubber. It must be said that playing mini-games is a much more appealing way to get fit than prancing about while watching some workout DVD presented by a D-list celebrity.

â€œWhile the exercises it offers still aren’t intensive enough to replace traditional exercise, itâ€™s nevertheless an entertaining way for players of all fitness levels and ages to be more active and conscious of the importance of keeping fit,â€ said Nintendo Life in their 8/10 review.

God is a Geek gave it the same score, saying that â€œWii Fit U is an excellent package designed to get friends and family playing games while getting fitterâ€.

It’s a busier week for new releases on the various Nintendo eShops, with The Legend of Zelda: A Link to the Past making an unexpected arrival on the Wii U Virtual Console. For Â£5.49, youâ€™d be a fool not to.

Thereâ€™s also RUSH, the third and final part of the Two Tribes classics series. The colourful cube-based 3D puzzler will set you back just Â£1.79 until the 9th of January. After that itâ€™ll hike in price to Â£3.59.

Segaâ€™s Mega Drive makeovers continue to appear the 3DS eShop with 3D Galaxy Force II and 3D Ecco the Dolphin out now for Â£4.49 each. Theyâ€™re joined by Cocoto Alien Brick Breaker, which appears to be a Breakout clone. And at Â£17.99 itâ€™s a very expensive one at that.

Donkey Kong 3 is the only 3DS VC release this week, although fans of all things retro may be interested in the Nano Assault EX demo thatâ€™ll be available from Thursday. 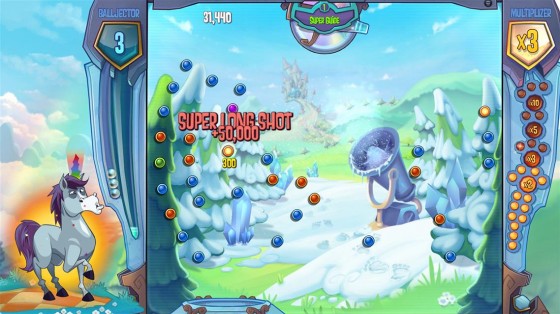 Over on Xbox One, Peggle 2 helps to bulk up the console’s very slim library of digital games (RIP XBLA). Reviews went up Monday – the same day as the game itself – and general contentious has it offers more of the same, and thatâ€™s not a bad thing at all. The Â£9.99 price-tag is pleasingly modest, considering Microsoft wants a ridiculous Â£15.99 for the likes of LocoCycle

Interestingly, Joystiq notes that on PS3 itâ€™s prone to crashing while the PS Vita rendition has long loading times, thus making the PS4 version the one to get.

Tiny Brains hasn’t received reviews anywhere near as good, with IGN calling it a â€œfailed experimentâ€ due to repetition. Polygonâ€™s review echoed this, giving it a tepid 5/10. For Â£16.99, weâ€™d expect more than mediocrity.

This leaves us with Terraria on PS Vita. Priced at Â£11.99, this 2D Minecraft-alike features Cross-Platform Play and Cross-Save compatibility with the PlayStation 3 version. We had a little play on it at Eurogamer Expo and found that it suits the handheld superbly.

Next week: Zumba Kids (Wii), Worms: The Revolution Collection (PS3), Adventure Time: Explore the Dungeon Because I Donâ€™t Know (3DS) and The Walking Dead: Season 2 Episode 1 All That Remains (XBLA).