cash usa online loansBack in the early â€˜90s CVG magazine ran a short article taking a look at the copious amount of then upcoming consoles. Whoever wrote it claimed that the â€œPlay Stationâ€ (as it was then known) was likely to be pushed to the wayside by the consoles Atari, Nintendo and Sega were working on. In hindsight, itâ€™s a claim thatâ€™s somewhat comical. 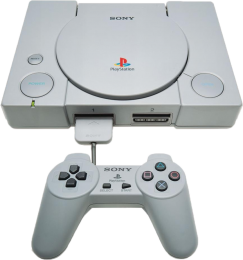 At the time though it was a justifiable thing to have said. The only experience Sony had with videogames was via their publishing label Sony Imagesoft, whose arguably biggest hit was Mickey Mania for Mega Drive and SNES.

The fact that the PlayStation only came about due to an aborted partnership with Nintendo to create a CD add-on for the SNES also hinted at some sour grapes on Sonyâ€™s behalf. It was almost as if Sony were planning to go at it alone simply as payback for Nintendo cutting their potential fortunes short.

Cheap and easy to develop for, the PlayStation did of course eventually go on to outsell both the Saturn and N64 while becoming a household name in the process.

Sonyâ€™s marketing campaigns played a large part in the systemâ€™s immense popularity – putting demo pods running WipEout in UK nightclubs was a genius move, not to mention one that helped videogames as a whole appeal to a far larger audience.

Those who shelled out Â£299 on launch day were treated to a stellar line-up that knocked the Saturnâ€™s launch games for six. Ridge Racer may have only featured one track, but it looked far greater than Segaâ€™s rushed out conversion of Daytona USA. It was, in short, a system seller. 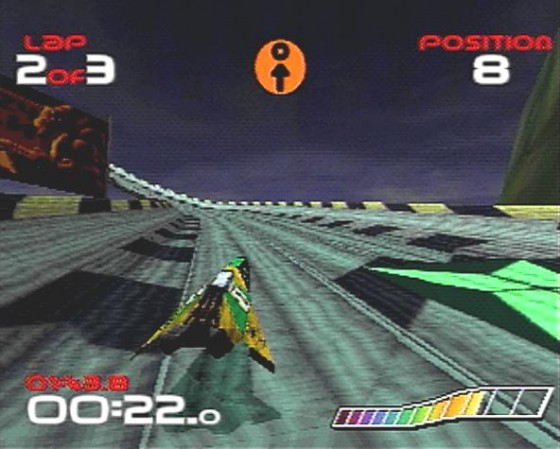 WipEout was an altogether different kind of racer – far edgier, without a single pair of wheels in sight. It may have been soon bettered by WipEout 2097, which featured vastly improved handling, but the original was still a very important game for Sony that showed off what the system could do.

The soundtrack too turned heads, featuring licensed tracks from Chemical Brothers, Leftfield and Orbital. The now sadly defunct Psygnosis provided quite a few of the PlayStationâ€™s line-up in fact, with two more titles – Destruction Derby and 3D Lemmings – arriving just a couple of weeks after the console itself. 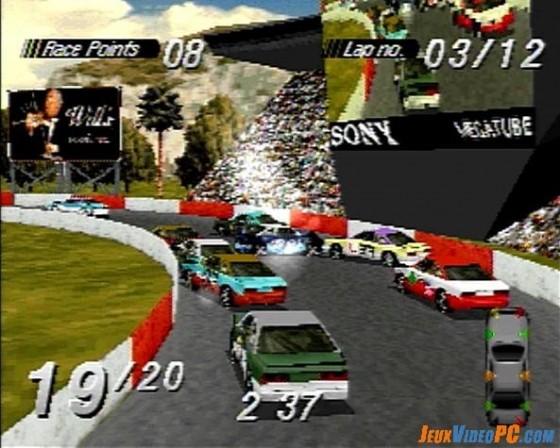 Having revisited Destruction Derby recently, we were surprised that it hasnâ€™t aged quite as badly as feared. It does seem a little odd now though that the vehicles were seemingly glued to the ground, unable to roll around or flip over. This is something the sequel rectified.

3D Lemmings didnâ€™t gain quite the same amount of critical acclaim, failing to sell anywhere near as well as the 2D original. We’ll even go as far as saying that it was one of the first games to suggest that not every well-known franchise should make the jump from 2D to 3D. Sadly, publishers and developers alike chose to ignore this valuable lesson.

Going back to Namco for a second, in addition to Ridge Racer they also converted Air Combat and Cybersled from arcade to PlayStation. Futuristic tank shooter Cybersled gained a bit of a kicking and was soon superseded by Assault Rigs. Air Combat (nÃ©e Ace Combat) fared better, gaining dozens of sequels over the years with three alone on PlayStation. 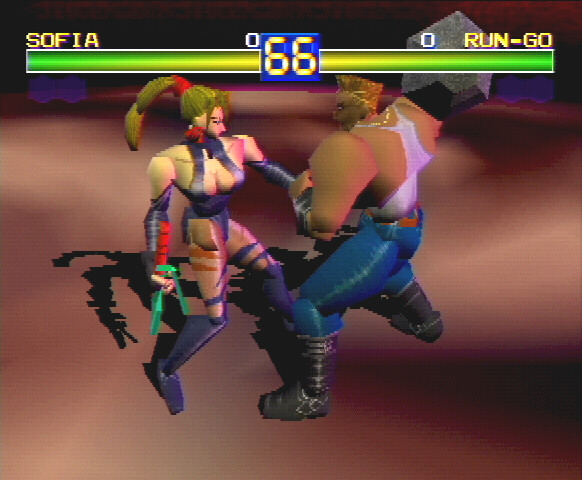 Namcoâ€™s own Tekken is one thatâ€™s often mistaken as being a PS1 launch title, when it fact it didnâ€™t arrive until two months after. Battle Arena Toshinden managed to fill the gap until then, and we arenâ€™t afraid to admit that for a short while we did believe Toshinden to be the superior game out of the two. It had a cast of likeable eccentric characters, many of which came into battle clutching weapons, while the narrator couldnâ€™t be knocked for sheer enthusiasm. By the time Tekken 2 was nearing release though we had changed our tune – Tekkenâ€™s combo system, roster of special moves and overall level of polish was way beyond what Toshinden could offer. 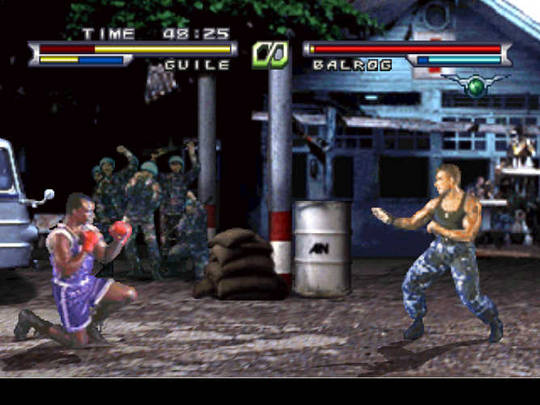 There was also Street Fighter: The Movie – complete with a digitised Jean-Claude Van Damme – but the less said about this sorry excuse for a brawler the better. 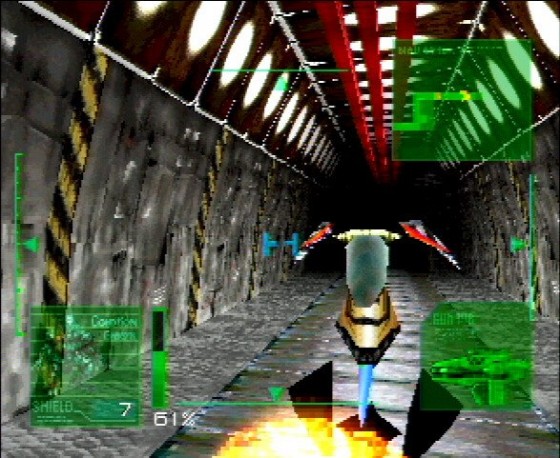 Kileak: The Blood (known as Kileak: The DNA Imperative in the US) was likewise referred to as a launch day duffer – a claustrophobic first-person shooter which couldnâ€™t even stand up to Wolfenstein, let alone Doom. Top-down shooter Raiden Project and 3DO conversion Total Eclipse Turbo also flew the flag for shootâ€™em ups (in the US, anyway) with the former now worth a handsome sum. Well, around Â£30 or so. 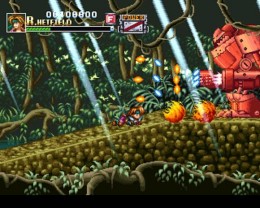 Rapid Reload can sell for similar amounts. This 2D run and gunner was written off by reviewers as being dated even back in 1995. It was easy to see their point – why spend Â£300 on a console capable of 3D to play something the SNES could pull off? That didnâ€™t make it a bad game of course, and thereâ€™s also an air of mystery about it. See, over in Japan it went under the name of Gunnerâ€™s Heaven and because of the similarities with Treasureâ€™s Gunstar Heroes it has been speculated in the past that ex-Treasure staff were involved. It was either that or developers Media Vision – who went on to create RPG series Wild Arms – were simply massive fans of the Mega Drive classic.

Launch titles are always strong sellers, but itâ€™s safe to say nobody would have been able to predict the success behind US launch title Rayman. First released on the Jaguar, the 2D platformer went on to become the best selling PlayStation game of all time in the UK, shifting more than 5 million copies. Thatâ€™s more than Tomb Raider II and Gran Turismo managed. It should be pointed out though that Raymanâ€™s lofty sales figures can be attributed to the fact that most high street retailers bundled the game with the console. It was pretty much impossible to buy a PlayStation from the likes of GAME, Dixons and Toys R Us without a copy of Rayman thrown in for free. 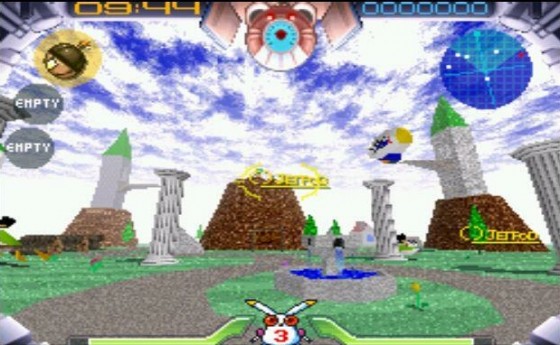 Jumping Flash – which starred a robotic rabbit, and not a virtual Whoopi Goldberg – was the systemâ€™s first 3D platformer, and a very curious one at that for it was viewed from first-person. Robbit had to leap around Egyptian deserts and crudely constructed theme parks, riding colourful rollercoasters and such in order to collect Jet Pods. Once collected, these then opened an exit to the next level. The sensation of being far off the ground was remarkable at the time, even if the draw distance was limited.

A few sports titles rounded off the US launch line-up – ESPN Extreme Games, NBA Jam Tournament Edition and Power Serve 3D Tennis. All of these eventually made their way to Europe, although Ocean decided to drop the â€˜3D Tennisâ€™ part of Power Serveâ€™s title. 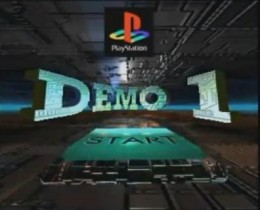 While that just about covers the PlayStation’s original launch line-up – excluding the fact that not one but two mahjong games were released alongside the console in Japan – we canâ€™t end this little rundown without mentioning the infamous â€˜Demo Oneâ€™ disc that was packaged with every console. Chances are that if it wasnâ€™t Ridge Racer that gave early adopters their first taste of PlayStation then it would have been this pleasingly polished collection of demos. Presentation was key here – it began with an intro showing clips of the launch titles mixed with CGI while the then-impressive tech-specs of the PlayStation’s innards whizzed across the screen, all of which was accompanied by a suitably fitting trance music track.

In addition to a generous amount of playable demos Sony included two tech demos as well, one of which was of a T-Rex. Fun could be had, for literally seconds, by making it open and close its mouth by pressing trigger on the joypad. There was also a 3D model of a mantra ray, which was slightly less impressive but quite relaxing to mess around with thanks to featuring some chilled music. Rounding everything off was a V-CD program that would create trippy effects to any music CD.

From gaming to raving – the PlayStationâ€™s line-up had just about everything covered.