Ahead of Putty Squad launching alongside the PlayStation 4 this Friday, System 3 has released a new trailer featuring the vocal work of Brian Blessed. And yes, he does yell â€œPuttyâ€™s alive!â€

As well as plenty of in-game footage, the trailer also shows off the additional extras this HD remake includes such as collectable stickers that unlock a potential yearâ€™s worth of new levels.

If your memory needs a jog, Putty Squad was originally due out on the Amiga back in 1994 but was canned despite review copies being sent out to press.

If somebody swears on their life that they owned it theyâ€™re no doubt talking about the original, known simply as Putty.

Back in October it was reported in an interview with Retro Gamer that plans were afoot to release a collectorâ€™s edition containing the Amiga original on a floppy disc. Since then it has however emerged it be little more than wishful thinking. 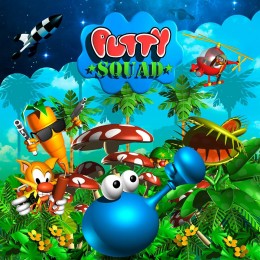 â€œThe prices were far too high and supply was very short. We also had issues creating a master disk to go to manufacture so that even if this disk price and shortage was not an issue our systems cannot now master an Amiga game. And finally retail were not very keen on supporting an Amiga disk as a promotion. They had no way of checking if a disk was returned as faulty and may have been forced to refund the promotion”

Nevertheless, there is still a light at the end of the tunnel – last week it was revealed that the Amiga community has stepped forward to prevent the Amiga version becoming lost forever. â€œWhile weâ€™re being cautious to not promise when or what form it will take, weâ€™ll do our very best to make it happenâ€ said System 3â€™s John Twiddy.

At Â£21.99, Amazon would appear to be currently the best place to pre-order Putty Squad on PlayStation 4. PlayStation 3, PS Vita, 3DS and Xbox 360 versions are due out at some point too. Amazon – amongst others – still believe that theyâ€™re out this week, but weâ€™re not entirely sure if thatâ€™s the case.