Itâ€™s easy to forget that there were four months between the American and European Xbox launches. US gamers gained their black beast on 15th November 2001, while we Europeans had to wait until 14th March 2002. 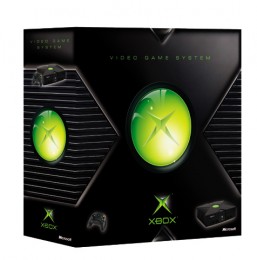 The wait wasnâ€™t an entirely bad thing – a few more games were added to the line-up, and it also gave something of an advance warning for the launch day stinkers.

The Xbox certainly did have more than its fair share. As weâ€™ve noted numerous times before, Microsoft wanted the original Xbox line-up to feature games from every single genre. The bad thing about this is that quality wasnâ€™t really an issue.

Nightcaster was called in to fill the RPG shaped slot, and was so poorly received that Microsoft was quite happy to let Jaleco handle the sequel. How Nightcaster gain a sequel is another matter entirely.

Oddworld: Munch’s Oddysee fared far better. If your memory needs a jog, it was originally due out on PlayStation only to then become an Xbox-exclusive. Although arguably an adventure game, Microsoft intended it be the consoleâ€™s premier platformer. Abe may not have been as well known as Sonic or Mario, but did – and still does – hold some creditability.

Like Nightcaster, Microsoft was seemingly happy to let another publisher take control of the sequel – the much celebrated Oddworld: Strangerâ€™s Wrath. EA, in that case. The interesting thing about this is that according to a press release issued in October 2000, Microsoft originally planned to publish four Oddworld games in total. 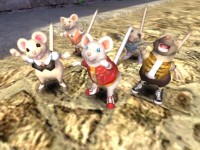 The Japanese launch featured another platformer – Nezmix, a game starring a Stuart Little-alike that showed off the Xboxâ€™s ability to pull of fur effects and nothing more. Nezmix did eventually gain a US release under the name of Sneakers, where it was a Toys R Us exclusive. A sure sign of quality.

There was also Shrek, from TDK. This was another system exclusive that Microsoft used to show off the systemâ€™s visual prowess. Proving that looks will only get you so far, review scores were middling.

Fuzion Frenzy filled the slot of being the â€˜family friendly party gameâ€™ – should such a genre actually exist – and simply seemed to have been developed to justify the Xboxâ€™s four controller ports. It went on to gain a sequel on Xbox 360, developed not by British studio Blitz Games but rather well-established Japanese developer Hudson Soft. Incidentally, both of these studios are now defunct with Blitz closing their doors in September. 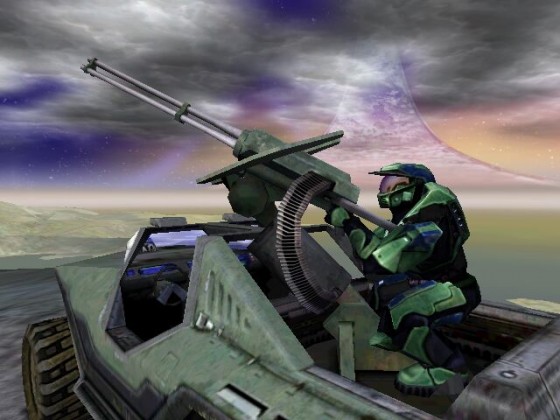 Halo: Combat Evolved, Dead or Alive 3 and Project Gotham Racing were of course the big three launch titles. Halo had been in development for quite some time before Microsoft picked it up as an exclusive, going from RTS, to third-person shooter to eventually the first-person shooter than went on to turn the genre completely upside down. EDGEâ€™s 10/10 review was a significant boon for Microsoft, particularly when taking into consideration that at the time the magazine had given very few other games a perfect score. We also gave it a 10/10. And yes, we have been around for that long. 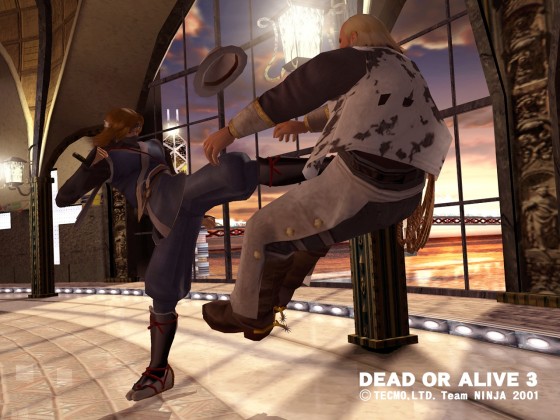 Team Ninjaâ€™s Dead or Alive 3, much like Halo: Combat Evolved, was something of a looker. The one-on-one brawler helped to shift systems over in Japan, and went on to sell over a million copies worldwide within its first five months of release. The Official Xbox Magazine included a â€œboosterâ€ costume pack on one of their demo disks for free, which is something that would be unheard of in this day and age of premium priced DLC. 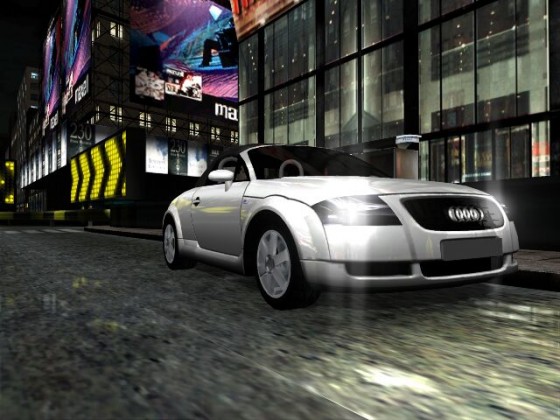 A personal launch day favourite of Bill Gates, Project Gotham Racing was the spiritual successor to the Dreamcastâ€™s Metropolis Street Racer. Like the Sega-publisher racer before it, it was something of a system showcase while the Kudos point system managed to give the game some identity. If you ever wanted to take a trip down memory lane, itâ€™s one of the relatively few original Xbox games backwards compatible on Xbox 360. We prefer the 2003 sequel Project Gotham Racing 2 though, if only because it contains the original version of Geometry Wars. 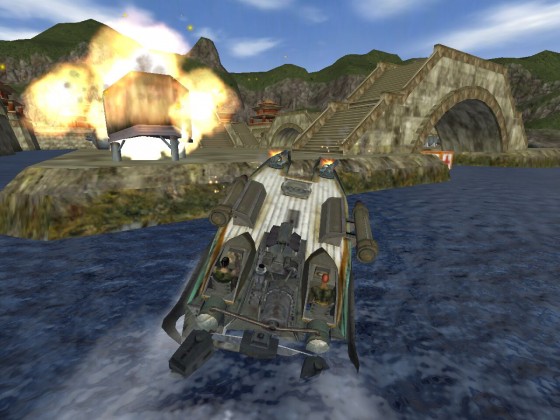 Blood Wake was one of the games not available at the US launch. Itâ€™s quite hard to pigeon hole this one, but we assume Microsoft gave it the green light as it showed off the systemâ€™s water effects. Thatâ€™s the only thing the game excelled at, really. That didnâ€™t stop it from becoming a surprisingly popular game in the US – Microsoft used a lot of in-game footage in their TV commercials, while the US press describing it as â€œTwisted Metal on waterâ€ likely helped to turn a few heads too.

But not the heads of the protagonists, it would seem. In this screenshot it would appear that they have had a heated argument about who gets to steer the boat:

NBA Live 2002, NHL 2002, NHL Hitz 2002 were likewise geared towards US gamers. If you havenâ€™t guessed, there isnâ€™t much we can really say about them. It does seem very odd in hindsight though that there was no FIFA game present at the Xboxâ€™s launch.

One game Europe never received was Tony Hawk’s Pro Skater 2X, a remix of the first two games with a new LAN multiplayer mode and the ability to create female skaters. Age and the impending release of Tony Hawkâ€™s Pro Skater 3 – which was a European launch title – were also certainly the reasons behind its non-appearance outside of the US. 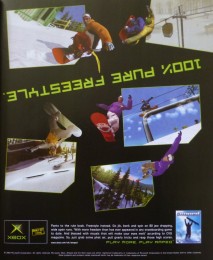 For those who preferred their extreme sports sims to feature two-wheels instead of four there was Acclaimâ€™s Dave Mirra Freestyle BMX 2, which launched two weeks after the Xbox itself in the US and alongside the system in Europe. Both the Xbox and GameCube versions contained two extra levels not found in the PS2 version.

TransWorld Surf and Amped: Freestyle Snowboarding also flew for flag for extreme sports, both of which were very well received. A lot of European adverts were centred around the latter, presumably because Microsoft felt that the â€œcoolnessâ€ (for want of a better word) of snowboarding would rub off onto the console itself.

We had to double check that Max Payne was a launch title. Turns out our memories are starting to fade with age because it indeed was. Well, in Europe at least – it wasnâ€™t released in the US until a month after launch. The same went for Star Wars: Obi-Wan, which took place on the catchily named planet of 32BBY. Mediocre reviews killed the GameCube version. Thousands of voices suddenly sighed in relief.

Going back to the Japanese launch for a moment, Double S.T.E.A.L (Wreckless), AirForce Delta Storm and the excellent Jet Set Radio Future – which was eventually bundled with the console, alongside Sega GT 2002 – were all designed to appeal to Japanese and Western audiences alike. 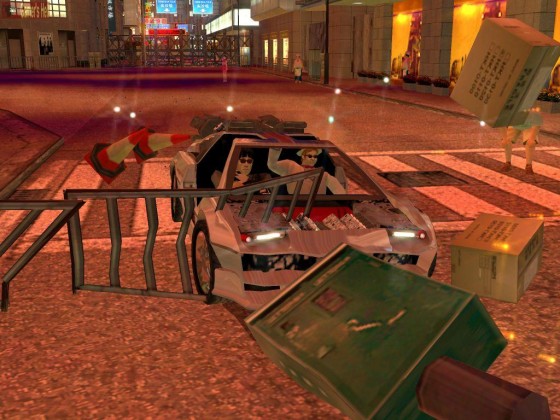 Wreckless did very well for itself outside of Japan, although that was likely to be down to how impressive it looked to rather than how it played. After clocking up strong sales for looks alone, Activision released it on PlayStation 2 and GameCube in late 2002. With these versions visually poor in comparison, the gameâ€™s sole noteworthy feature was lost. Microsoft published the little-known Japan-only sequel Double S.T.E.A.L: The Second Clash in 2005 making it a very late release for the console. With the writing already on the wall for the Xbox in Japan, you have to wonder why they bothered at all. 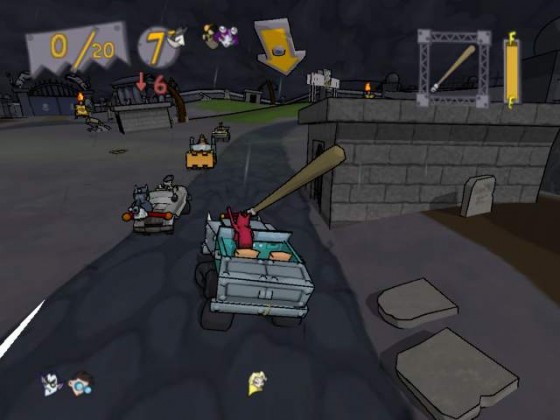 A more sensible purchase over Wreckless would have been either 4×4 EVO 2 or EAâ€™s Cel Damage, a cartoon-like vehicular combat game that gained a small cult following. It eventually gained a PlayStation 2 release as a Â£9.99 budget title a year later. Heck, even Hydro Thunderâ€™s distant cousin Arctic Thunder would have been a better alternative. We can recall reviewing this at launch, but the only we can remember about now is that one of the tracks featured giant spiders. Realism really wasn’t its thing. 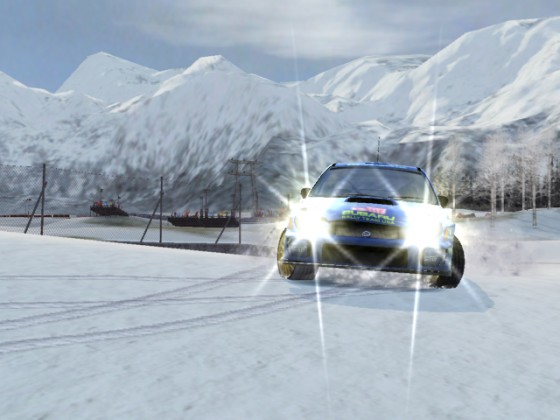 The next game is one that we occasionally hear people asking Microsoft for a reboot – Rallisport Challenge. Thatâ€™s incredibly unlikely to happen, seeing that developers Digital Illusions CE evolved into DICE. Yes, the same DICE that makes Battlefield. Rallisport Challenge was popular in Europe but not so much in the US. This shouldnâ€™t have surprised Microsoft in the slightest as rally games have never gone down well with American gamers. Codemasters did, unfortunately, learn this the hard way.

Letâ€™s lighten the mood a bit with Mad Dash Racing, from Eidos. Aimed at younger gamers, it was an â€˜on footâ€™ racing game similar to Pen Pen, Sonic R and the often forgotten Rayman Rush. It didnâ€™t go down any of those though, resulting in the PlayStation 2 and GameCube versions being sent to the scrap heap.

This leaves us with Ubisoftâ€™s Batman: Vengeance, based on The New Batman Adventures cartoon series. Contrary to popular belief, it did gain some high review scores upon release with a few 8/10s thrown at it. 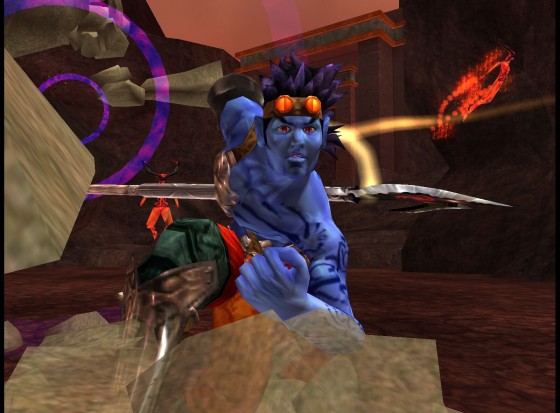 If youâ€™re thinking that weâ€™ve missed out Azurik: Rise of Perathia then youâ€™re mistaken. It wasnâ€™t a launch game in either the US or Europe, arriving one month after launch in the US and two months after in Europe. Microsoft wanted this to be the Xboxâ€™s AAA adventure game, but with horrid voice-acting and an unlikeable blue-hued hero it sunk without trace. Claims of it being the inspiration for James Cameronâ€™s Avatar have never been founded.