Microsoft are staggering the rollout of Xbox One game reviews, seemingly to ensure a steady slew of coverage for their new console over the course of the week. 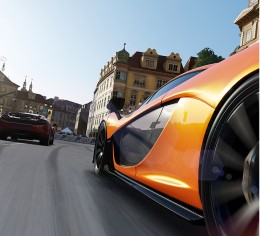 Incidentally, reviews for Need for Speed: Rivals also started to trickle out today, and according to Eurogamer itâ€™s pretty darn good. We have to say that weâ€™re relived – when it was first announced we thought we were in another slapdash annual update akin to NFS: The Run.

Anyway, Thursday sees Forza 5 Motorsport reviews rev up – whatever that means – while on Friday weâ€™ll finally discover if Ryse: Son of Rome can rise to the occasion. Given that itâ€™s under embargo until launch day, we seriously recommend holding off buying it until reviews go live.

Dead Rising 3 seems a safe purchase though, having turned out far better than many expected. The Metroâ€™s review is well worth a read, pointing out that in places it doesnâ€™t even look as good as GTA V. Despite giving it a 7/10, they went on to heralded as the best Dead Rising yet.

Killer Instinct has been getting some surprisingly high reviews too – “A year from now, Killer Instinct could be one of the best fighting games ever made” said GamesRadar. That’s some mighty high praise indeed.

Downloads LocoCycle and Crimson Dragon, which both started out as XBLA games, haven’t been gushed over quite as much however. We really didnâ€™t expect LocoCycle to walk away with a miserable 2/10 from EDGE.

Letâ€™s have a look at the rest of the scores, then: 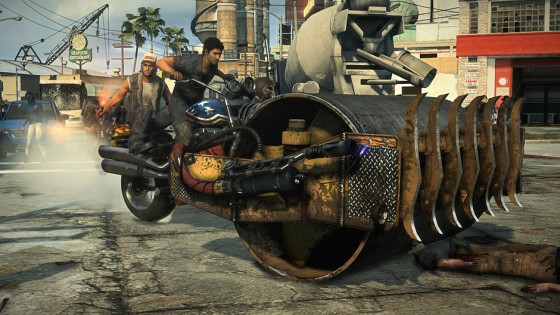 9/10 – Destructoid: “Although it sacrifices a tad of its loveable camp factor and neon style in favor of a few other advancements, the outcome is a much stronger, more involved Dead Rising game”

8.75 – GameInformer: “Thinning out the undead of Los Perdidos is worth your time, but the bugs infesting the sandbox are an unwelcome scourge”

8/10 – EDGE: “Dead Rising 3 is a sandbox in the purest sense, one that urges you to experiment with its innumerable toys at your leisure”

7/10 – Eurogamer: “It’s no kind of technical showcase for Xbox One, although that didn’t really bother me once I got into it, and if all you want for a launch title is something passably entertaining to plug away at for a few long evenings, it will suit you fine”

7/10 – GameSpot: “Despite a wonky presentation and obvious technical hiccups, Capcom has successfully made Dead Rising 3 a more welcoming experience than its harsh predecessors”

7/10 – CVG: “Its problems, though many, are somewhat saved by all of the effortless fun had dicing up zombies with bizarre weaponry”

3.5/5 – JoyStiq: “The persistent hiccups are hard to ignore, but they’re not so great as to stall the engine for goofy creations that is the heart of the game” 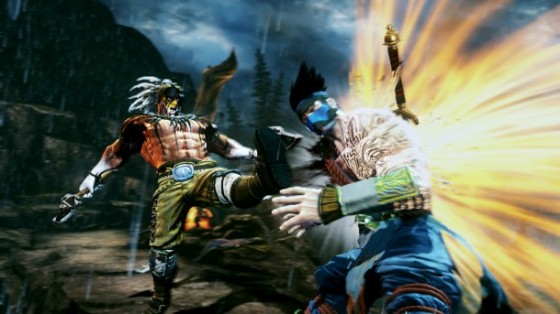 8.4 – IGN: “Though it lacks an arcade mode or a full-sized character roster, Killer Instinct delivers where it counts”

7/10 – EDGE: “Thereâ€™s a fantastic combo system at Killer Instinctâ€™s core, but right now it feels like half a game â€“ one full of promise, certainly, but not an especially next-gen one either”

7/10 – ShackNews: “At launch, Killer Instinct serves as a solid foundation for what could eventually become a good fighting game”

4/5 – GamesRadar: “A year from now, Killer Instinct could be one of the best fighting games ever made”

4/5 – US Gamer: “You can’t argue with how easy the game is to pick up and play, and you’ll have a ton of fun in the process”

3/5 – JoyStiq: “Killer Instinct lacks the value and staying power offered by most other modern fighting games” 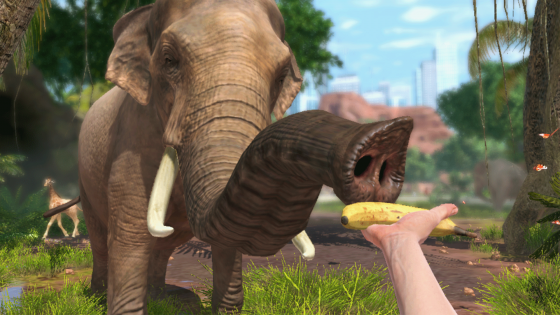 8.0 – Polygon: “Zoo Tycoon overcomes some small issues with charm and a good heart”

7/10- ShackNews: “Zoo Tycoon may have taken a best-of-both-worlds approach, but to my surprise and delight, ends up being more successful as a “game” than a mere family-friendly “experience”

7/10 – OXM: “While its charms may indeed be too quickly exhausted, they’re potent while they last, and there’s an overpowering wholesomeness that’s difficult to resist”

5/10 – Videogamer: “The Kinect interaction, while cute, is less so after repeated animations, and Iâ€™m not sure that Zoo Tycoon really knows what it wants to be” 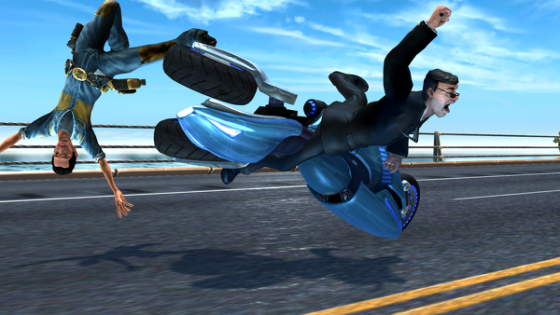 7.0 – GameInformer: “Lococycle isnâ€™t complex, but I was easily sucked into its silliness. I wanted to see where this intentionally stupid story was headed, and it was worth the trip â€“ even if the game itself isn’t very deep”

6.4 – IGN: “Its inconsistent gameplay becomes tedious despite its imaginative variety, and its levels lack cohesion or a sense of momentum. Like the cheesy 90’s films it apes, LocoCycle is memorable, but not quite good”

5/10 – NowGamer: “LocoCycle makes a welcome effort to provide the player with enough variety to keep things interesting, but thereâ€™s so little depth to its systems and such a lack of consequence to everything that you do”

4/10 – Eurogamer: “What you’re getting for your money feels a little like somebody else’s office in-joke: you can sense the well-intentioned laughter, but you can’t really join in”

2/10 – EDGE: “All Lococycle achieves is falling on its face, while no one laughs” 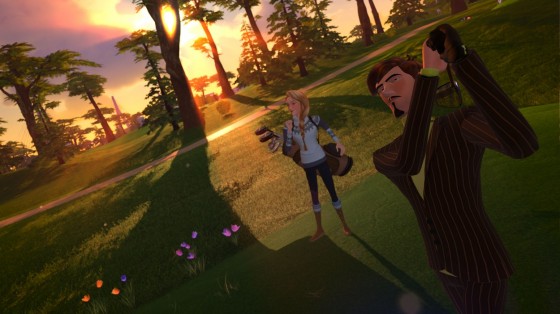 8.0 – GameInformer: “Zoe Mode is new to the golf scene, but Powerstar Golf plays a like a seasoned pro, nailing most of the fundamentals of the sport, and establishing its own identity by applying little magic to a gameplay formula we know well”

7/10 – OXM UK: “Played on a gamepad, Powerstar might not have the grandma-pleasing intuitive appeal of a Kinect-powered title, but it’s still a sweet and inclusive family game”

5.5 – OXM US: “Powerstar Golf has its enjoyable strokes, whether playing solo, with local buddies, or while challenging an online rival’s best score in an asynchronous mode, but truly head-scratching skill and progression choices diminish what’s already an uninspiring clone” 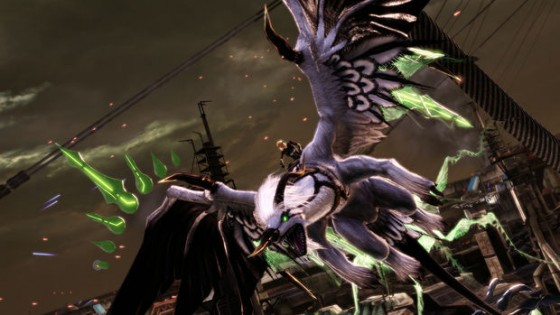 8.0 – Destructoid: “Crimson Dragon was a pleasant surprise. As a massive fan of the Panzer series, I was worried that this wouldn’t quite honor it, but there’s plenty here for gamers who have been longing for an entry since 2003’s Orta”

6.0 – OXM UK: “In an unexpected, and entirely unwelcome move, Crimson Dragon seems to have taken a lot of design leads from free-to-play games. You pay credits to perform tougher missions, a counter-intuitive form of employment that’s crying out for a Dragon Riders Union strike ballot. It’s also a little too reminiscent of F2P “energy” mechanics for our liking”

6.0 – GameInformer: “Hardcore fans of classic on-rails shooters like Star Fox or Space Harrier might be able to play through this while wearing rose-tinted glasses, but it doesnâ€™t hold a candle to its precursors that came out decades ago”

5.9 – IGN: “Crimson Dragon works well enough as a straight arcade shooter, and thereâ€™s plenty of challenge in it. Thereâ€™s some nostalgic value, too, but itâ€™s weak graphics and frustrating free-flight boss fights make it tough to enjoy the stroll down memory lane”

We’ll take a look at the Xbox One’s line-up in its entirety later in the week.