With next-gen consoles about to be released to the masses, now seems to be the perfect time to talk about one of my favourite games of the current generation: Deadly Premonition.

I came to Deadly Premonition the same way most people did, after being directed to YouTube videos of it’s craziest scenes. Expectations were of something clunky, bizarre, thoroughly Japanese and completely surreal. What I didn’t expect was for it to be genuinely affecting, touching and a revelation in videogame storytelling.

The issue with storytelling in story-based games (I would argue that games like Football Manager thrive because they are capable of creating incredibly vivid stories, but that’s for another time) is that the process of narrative and character is fundamentally broken by player interaction.

The problem with trying to tell a story through a game is that the player controls the narrative, whilst the designer often controls the story. Balancing these two things to create a cohesive whole is often a near impossible task.

A particularly potent example of this is in GTA IV. Nico, the protagonist, consistently complains about being broke during the games numerous cut-scenes, yet during the course of the game you acquire millions of dollars of in game currency. The narrative is disconnected from the story. 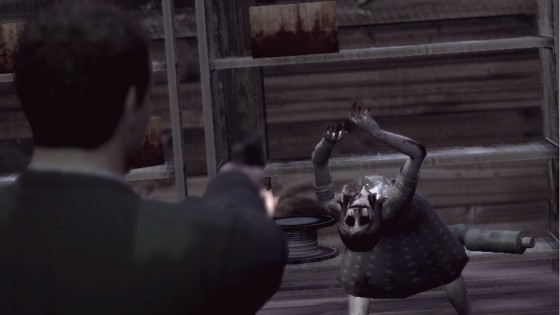 York, our protagonist in Deadly Premonition, is a completely unreliable narrator. He is, to put it mildly, profoundly psychologically damaged. By postulating that a lot of the narrative that the player is experiencing is nearly a hallucination of the York, the game both lampshades and makes efforts to move on from this disconnect. It doesn’t completely succeed, there is still a sharp disconnect in the experience of shooting hundreds of ‘zombies’ with an infinite machine gun, and then having to run away from a man with an axe, but the game clearly recognises the dynamic between narrative and story, and it’s creator, Swery 65, is trying to find new ways to approach this dynamic.

That alone should be celebrated. For all the talk about 1080p, photo-realistic graphics and 60fps, it’s this approach to storytelling that will really help games mature into proper, important storytelling machines. Games have to try new approaches to trying narrative and story together, and to engage in the dichotomy of character.

Whatever do I mean? I mean this: Often video game protagonists are expected to both audience surrogates and characters in their own right. The most egregious form of this occurs in many of the Call Of Duty games, where you play absolute arseholes. So far, the most successful ways around this have been to have a silent, blank-slate protagonist. Think about Mario and his exuberant leaps around the screen. Simply through his jumping yelps and the world around him, Mario is one of the best defined characters in video games. He is the essence of fun. The problem, however, is that it’s incredibly restrictive to tell a proper story with a blank slate protagonist. 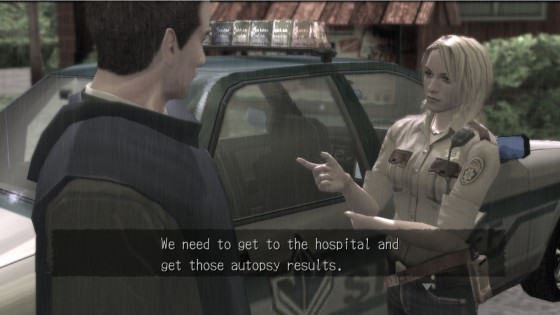 Francis York Morgan is about as opposite a blank slate as it’s possible to be. His character quirks are numerous, and his personality is incredibly strong. He’s strand offish and obsessive, he endlessly babbles about small, unimportant details, he’s obsessed with the films of the 1980, he believes in divination, and in a great character moment early on in the game, clearly has developed his own methods for divining. The man is mad (this isn’t just bad writing or translation either, the game is clearly aware of the kooky nature of it’s lead). To play as Francis York Morgan (just call him York. That’s what everybody calls him) would be off-putting. Getting into his mindset is almost impossible.

Luckily, the game never asks you to play as York, it asks you to play as Zach, his split personality. The thing that takes over and controls him half the time, and sits back and listens the rest of it. This design decision is the reason I think the game hit such a nerve with gamers, and what sold so many on it’s story. York is constantly asking your advice, constantly asking you to contribute. In one leap Deadly Premonition manages to make game protagonists properly work. It’s one of the cleverest bits of story design I’ve seen in games. And I’ve played EDF.

I’m not suggesting that every game protagonist should have a split personality, but I am advocating that designers think more carefully about the differences in story and narrative and the inconsistency in character that can occur and ruin story-based games.

A lot of Deadly Premonition doesn’t work. The combat is atrocious, and whilst complaining about graphics is the mark of a prick, the game’s primitive animation often undercuts and undermines the story. However, by addressing some of the fundamental basics of story design, Deadly Premonition is a giant leap forward, and one that anyone interested in how games work should play.