First-party PlayStation 4 game reviews went up earlier this afternoon, lighting up the likes of Twitter with some heated discussion.

The main reason for this is that review scores have been, somewhat predictably, mixed. Killzone: Shadow Fall has been noted as being pretty but vacuous by many critics, while not every reviewer found solace in Knackâ€™s purposely simplistic nature.

Indie shooter Resogun has got off to a resounding start though, highlighting that gaping Geometry Wars-shaped hole in the Xbox Oneâ€™s launch line-up.

Incidentally, reviews of fellow indie PS4 title Constrast from Compulsion Games went live today too. Like Resogun, this will be available for free to PS Plus subscribers at launch. Kotaku quite liked it, but Polygon did not.

Here are some of the scores Sony’s first-party games have been awarded so far, along with some select quotes: 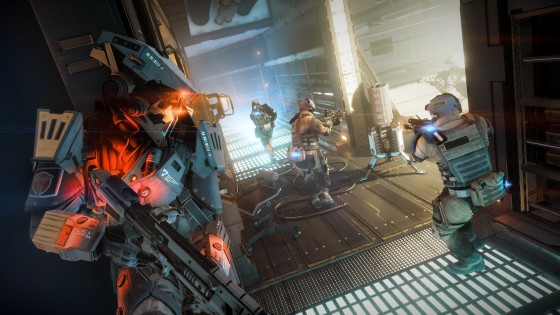 9/10 – Destructoid: “A stunner. Killzone: Shadow Fall is the game that will make you happy to own a PS4. This needs to be on your PS4 launch game list”

7/10 – Eurogamer: “There’s a lack of confidence here that contrasts starkly with Guerrilla’s dazzling, sure-footed command of the new hardware”

5.0/10 – Polygon: “For all the next-gen bluster of its visuals and the repeated blunt-force attempts to ram a message home, Guerrillaâ€™s first shot on the PS4 retreads shooter cliches, and poorly”

8.0/10 – IGN: “Thereâ€™s never been a better time for everyone to be paying attention to the Killzone franchise, because Shadow Fall is a step in an all-new, very welcome direction”

8/10 – OPM: “A mix of familiar gunplay and just enough new ideas, gorgeous looks and sheer technical wow to make you feel like youâ€™re stepping into a shiny new future”

8/10 – GameReactor: “Killzone: Shadow Fall ends up being a nice side attraction that, despite a few frustrating elements, shows what PlayStation 4 is capable of”

7/10 – GameSpot: “It’s too bad that where Killzone 3 packed its maps with exciting action sequences, Shadow Fall’s campaign forgot to bring the thrills”

â€œNoâ€ – Kotaku: “Killzone Shadow Fall succeeds as an example of how amazing a PS4 game can look but feels mysteriously devoid of the secret ingredient that takes games from great-looking to great-feeling” 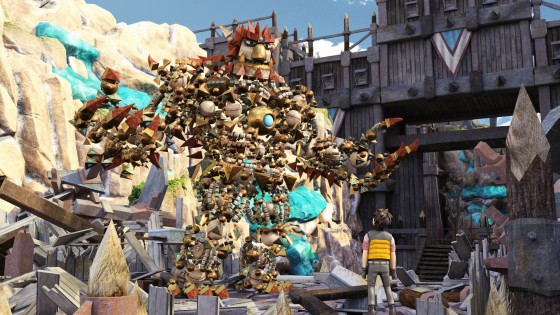 4/10 – Eurogamer: “Knack isn’t the kind of game you’ll want to take home with your PlayStation 4”

6/10 – CVG: “From start to finish Knack feels like an overly-familiar platformer and, visuals aside, demonstrates little of the PlayStation 4’s full potential”

6/10 – Polygon: “Knack’s occasional bouts of creativity are overshadowed by a simplistic, overused combat system and an unforgiving approach to death and checkpoint”

7/10 – Destructoid: “Itâ€™s not the next blockbuster platformer you’d want out of a launch title, but you need a break from shooters or want something with some personality, Knack is worth a look”

8.25 – GameInformer: “It’s got charm and heart, and offers a whole lot of good gameplay”

1.5/5 – Joystiq: “Knack fails to capitalize on its own ideas and structure, and is successful only as a reminder of the shallow, punishing platformers from a time when we really cared about how many bits there were on your console”

2.5/5 – GamesRadar: “The next-gen tech does a great job of showing off the particle effects, but it’s a huge let down when they vanish from the screen, taking an otherwise next-gen experience and grounding it in the past”

“Yes” – Kotaku: “The PlayStation 4 action-adventure Knack looks better than most video games you’ve played, but there’s a good chance you’ve played a game like Knack before” 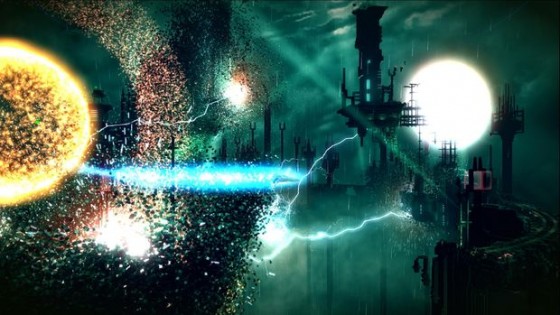 8/10 – Eurogamer: “It’s [also] the closest the PS4 launch line-up gets to offering a genuine next-gen thrill”

9.5 – Destructoid: “Itâ€™s an eye-searing blur of a loop that youâ€™ll be happy to jump into again and again. Donâ€™t miss it”

5/5 – GameInformer: “Prepare for some impressed, “Ooohs,” and satisfied, “Ahhhhs,” as an impressive display of voxels litter the screen after every explosion”

9.0 – IGN: “Resogun is a smart, speedy game that reinvigorates the shoot â€˜em up genre”

9/10 – OPM: “Itâ€™s hard to remember ever having quite this much fun whizzing around blowing up things in space”

Amidst all these reviews, Polygon took the liberty of reviewing the PlayStation 4 itself…where the console gained a score of 7.5. If that strikes you as an odd thing to do, then thatâ€™s because it is.