Itâ€™s a bit of a funny old week for new releases. Why so, you ask? Well, thereâ€™s a new PlayStation 2 game for starters in the form of Konamiâ€™s PES 2014. Itâ€™s also out on PSP this week if you still have one of those as your handheld of choice.

The Wii U and 3DS are also playing catch-up, with their belated versions of Batman: Arkham Origins and Batman: Arkham Origins Blackgate. Word has it that the Wii U version of Origins is the most stable of the lot, with less screen tearing, fewer glitches and a steadier frame rate than the PS3 and Xbox 360 iterations. Thereâ€™s no multiplayer though, which may prevent some from making a purchase.

As for Blackgate, the 6 hour length may be a problem for some. Itâ€™s apparently pretty good while it last though – GamesRadar dished out a 3.5/5 for it last month.

Joining Batman on 3DS thereâ€™s Professor Layton and The Azran Legacy, which is to the last adventure in the series. This latest escapade sees Layton go out in style with one-a-day DLC puzzles to boot. Eurogamer gave the brain bender 9/10 while the Official Nintendo Magazine said goodbye to the professor with a glowing review. 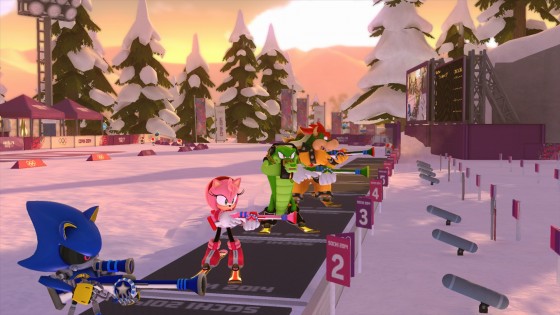 Mario & Sonic at the Sochi 2014 Winter Olympic Games on Wii U hasn’t gone down quite a well, which is perhaps why the likes of Amazon are offering it for Â£29.99 already. Polygon highlighted a lack of depth in their 6.5/10 review while CVG said it left them feeling cold. If this goes on to sell even a tenth of what the first Mario and Sonic game did, weâ€™d be very surprised.

Also on 3DS this weekâ€™s thereâ€™s Regular Show: Mordecai and Rigby in 8-bit Land – which EGM found to be short and very uninspired (4/10, for the record) – and the interactive novel Hakuoki: Memories of the Shinsengumi which Pocket Gamer was very fond of when they reviewed it around a month ago. Both of these are available for just over Â£20 online. If you like the sound of Hakuoki then we suggest getting it sooner than later as all signs point to it being a hard one to find in the future. 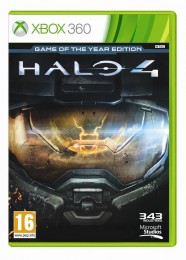 This leaves us with two releases – the content crammed Halo 4: GOTY Collection and Castlevania: Lords of Shadow Collection, which includes the recent PSN/XBLA release Mirror of Fate HD and a demo of Lords of Shadow 2.

Onto downloads now, where it’s a fairly quiet week for a second week running. Pacific Rim, Castlestorm (with Cross Buy support) and How to Survive make belated appearances on PSN, while the colourful 2.5 side scroller Final Exam hits both XBLA and PSN this Friday. Fellow indie 2D platform shooter A-Men 2 also matches onto PSN, the trailer for which you can view here.

Finally, the Wii U eShop sees the release of Wii Sports Club – a revamp of Wii Sports, with online play and a HD makeover. Only tennis and bowling are available currently, with baseball, boxing and golf due in the not too distant future.

When downloading the package for the first time, the games are available to play for free for a 24 hour period. Day passes can then be purchased for Â£1.79, or each sport owned outright for Â£8.99. Considering Wii Sports was bundled free with the Wii, we find Nintendoâ€™s pricing model a little steep. Still, as launch games go Wii Sports will always be remembered as being one of the better ones…even if it did lead to countless TVs and lampshades being smashed to bits.