There are many visions of the future of gaming. Your phone seamlessly beaming content to the TV screen, micro consoles, VR headsets, eXistenZ.

Or maybe it’ll all be built into the telly box itself – like those horrible TV VCR combis that were popular once. Or, more relevantly, these built in consoles from the olden days. 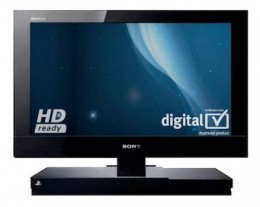 Sony make TVs. Sony make PlayStation consoles, which need to be plugged into a TV. What’s surprising is that Sony haven’t done more in smushing the two together in a single box.

The PlayStation 2 and Sony’s Bravia TV range did come together though, in the Sony Bravia KDL-22PX300. They hardly went to town on the branding, did they?

Even more bafflingly, it was released in late 2010, not only a full decade after the PlayStation 2 launched, but also well over three years after the PlayStation 3 came out. It was a pretty half-arsed attempt at a combined unit too, looking like they’d just glued a PS2 to the bottom of an LCD TV. Which, essentially, they had.

The TV element was at least reasonably well-received, but really, who did Sony expect to buy it?

Far more interestingly, there was a Dreamcast TV. The inexplicably named Divers 2000 Series CX-1 was a joint venture between Sega, CSK and Fuji Television, released – only in Japan, obviously – in 2000. (So, ok, the 2000 bit of the name is explicable.)

Looking for all the world like Sonic’s head re-imagined as an early iMac, it also featured LEDs down the side of the unit which lit up during use, just in case it wasn’t already unnecessarily curious-looking enough. 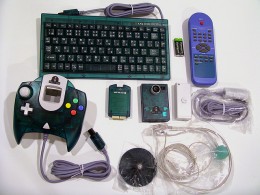 The accessories – controller, memory card, keyboard and DreamEye camera – came in translucent dark green, presumably to match the side panels and antennae. The remote control just got on with it and matched the blue base unit.

God it was strange looking – but undeniably appealing, in a wilfully daft sort of way. Which is part of the appeal to collectors now.

No-one was interested at the time though – which might have had something to do with the price, around four times that of a Dreamcast. That was one expensive 14″ CRT TV. 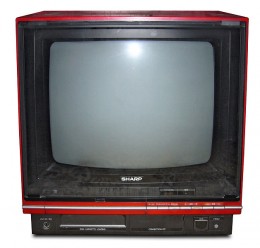 Going back a bit further, in 1983 Sharp released the My Computer TV C1, a TV Famicom combi more commonly referred to as the C1 NES TV.

It came in 14″ and 19″ variants, available in black and red or black and silver. It came with a multicart of Donkey Kong Jr. and Donkey Kong Jr. Math, and bundled with two programs: JR GRAPHIC and TV NOTE. The Internet doesn’t really seem to know what these did, and this video certainly doesn’t bloody help.

No, the Internet’s favourite fact about the C1 NES TV is that it had a slightly better picture quality than the standard console connected to a TV, and was therefore used by many magazines for taking screenshots.

It remained in production until 1989 – when a couple of versions of the 19″ model were also released in North America, as the Sharp Nintendo Television. 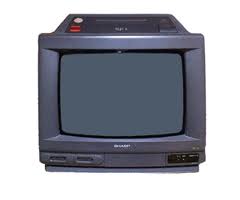 In 1990 Sharp followed it with the Super Famicom Naizou TV SF1, or SF1 SNES TV.

That came in 14″ and 21″ versions, but only in grey, and only in Japan. It shared its predecessor’s superior picture quality, and added some extra functionality, like being able to reset the console via the remote control.

Now, if Sharp are up for it, we’d like to see a Wii U TV combi, made to look like a giant Wii U GamePad. Oh go on, Sharp. Please?