Just like Fahrenheit and Heavy Rain before it, Quantic Dreamâ€™s PlayStation 3-exclusive Beyond: Two Souls has been met to incredibly mixed reviews.

Most reviewers were impressed with the visuals but felt that the experience was purely passive, thus making them feel like a spectator rather than a player. Letâ€™s round-up some scores, shall we?

The Metro and Videogamer handed out 4/10 with both reviewers describing the story as being inconsistent.

Mediocre review scores are more frequent in number – Destructoid and EDGE gave it 5/10 while The Telegraph and Joystiq dished out 2.5/5.

From mediocre to magnificent – The Official PlayStation Magazine, Polygon and gamesTM felt it was worth an 8/10. A few 9/10s have been bandied too, including this one from God is a Geek.

Confused as to whether you should make a purchase? We bet you are. Thankfully the demo available on PSN may help you out that quandary.

A second PlayStation-exclusive launches this week too – the lovely looking 2D RPG brawler Dragon’s Crown. “Dragonâ€™s Crown brings crisp combat with all the RPG trimmings” said The Official PlayStation Magazine, who gave it an 8. 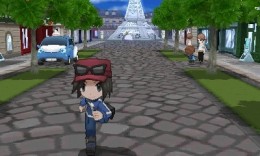 Hereâ€™s another dilemma facing gamers this week – Pokemon X or Pokemon Y? Rest assured though that nobody can make the wrong choice there – the Metacritic currently stands at 88% from 31 critics, with just one review below 80%.

High-flyers include a resounding 9.5 from Polygon and 9/10s from both gamesTM and Eurogamer.

â€œPokÃ©mon X & Y is the finest expression of Satoshi Tajiri’s obsessive vision yet. The transition to 3D is smooth and natural and the multitudinous additions to the proven formula will excite even the most jaded PokÃ©mon fanaticâ€ said that there Eurogamer. 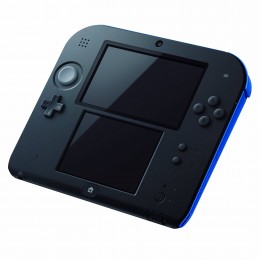 And how about some new hardware to catch ’em all on? The Nintendo 2DS launches this Friday in a choice of two colours. Fancy the device is not – this is Nintendo cutting costs at all corners – but at Â£110, or slightly cheaper online, itâ€™s the most affordable 3DS variant yet. Only minus the 3D, of course.

Weâ€™re hoping that the arrival of the 2DS hasnâ€™t forced Sumo to rush Moshi Monsters: Katsuma Unleashed out. The Moshi Monsters games have sold incredibly well in the past, even if they havenâ€™t deserved to do so.

For some unknown reason, no less than three other licensed games are out this week – Spongebob Squarepants: Plankton’s Robotic Revenge, Turbo Super Stunt Squad and Cloudy with a Chance of Meatballs 2.

Turbo Super Stunt Squad was released in the US back in July to a wave of 3/10 and 4/10 reviews, while Cloudy with a Chance of Meatballs 2 – out on 3DS and DS – has a price tag of just Â£13.99 on Amazon which sets our alarm bells ringing. Spongebob Squarepants: Plankton’s Robotic Revenge might be reasonable though – itâ€™s by Behaviour Interactive who developed the actually not that bad Rango and Brave tie-ins. 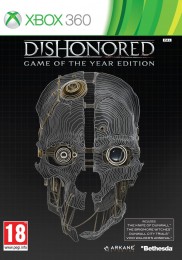 Then weâ€™ve got the odd paring of two GOTY editions – Borderlands 2 and Dishonored. The odd thing between these two is the price – the former will set you back around Â£35 while the latter Â£25-odd. That difference, of course, is down to the amount of content – Borderlands 2 features all five expansion packs, the premier club content and the DLC that was included with the collectorâ€™s edition. Dishonored meanwhile offers the three expansions – The Knife of Dunwall, The Brigmore Witches and Dunwall City Trials – plus the Void Walkerâ€™s Arsenal which was previously available only to those who pre-ordered.

Itâ€™s a quiet week on the Nintendo eShops as well, where the only new arrivals – aside a digital release of Shin Megami Tensei: Devil Survivor Overclocked – are the Wii U VC versions of Golf and Tennis for Â£3.49 each. We donâ€™t think the fact that they were the first sports games for the NES is something Nintendo should be shouting about in the press release.

The the rather striking looking Malicious Rebirth also leaps from PlayStation 3 to PS Vita this week, priced at Â£12.99. The trailer for that one can be found here, complete with violence, blood and partial nudity.