I have very fond memories of Arcade magazine, but looking over the 24 issues now, it was a curious beast. 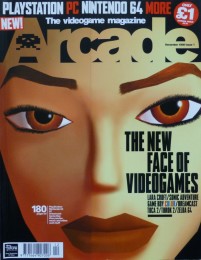 As launch editor Matt Bielby put it in his first editorial: “there are two ways of looking at this magazine.” Those were “the culmination of years of videogame mags,” or “the first games magazine to take its cues from the semi-lifestyle specialist men’s mags, like Q and Empire and Total Film”.

In practice it was more like Edge meets FHM. But that’s oversimplified: it really was a pick ‘n’ mix of all sorts.

On the serious side were long form features, and regular columns from the US and Japan, the development community, and a veteran journalist – Julian Rignall and later Stuart Campbell. The news section, ‘Game On’, was as varied and entertaining as any fondly remembered Future title of the period.

Reviews were straight out of a music or film magazine: a mixture of quite short and very short, with scores out of five stars. Indeed there were reviews of music, films, books, gadgets and so on in addition to, you know, games – which were (helpfully?) grouped by format.

And on the booze and fags and birds front: a monthly dose of norks in the form of a ‘Virtual Fox’; and a tendency towards the laddish in regular items ‘Games Night’ (simulating an evening of communal gaming) and ‘My Beautiful…’ (vox pops in, for example, a club). Both of those had their more imaginative moments though: for instance playing wrestling games with actual wrestlers, and talking to videogame spokesmodels at E3 – not all of them scantily-clad women, for the record. 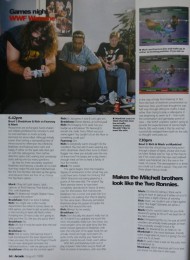 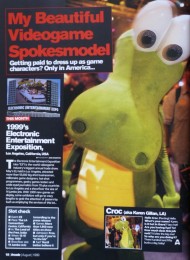 To be fair, the lad factor was confronted head-on in the letters page on a number of occasions, with readers taking strongly opposing views. The editorial team clearly tried to strike a balance: giving young males – the majority of their readership – what they wanted, but not to the exclusion of all others and without outright objectification of women. With the benefit of hindsight, they erred more towards the former.

The magazine did change, though – and it’s surprising just how much, over only 24 issues. But it’s also surprisingly how little it changed. Hang on, let’s break this down.

Arcade launched in December 1998 with a frankly mammoth 178 pages, though that was trimmed to 162 for issues 3-5, and 146 for issues 6-9. Matt Bielby did what launch editors do and left, Neil West taking over. The magazine stayed broadly the same though. 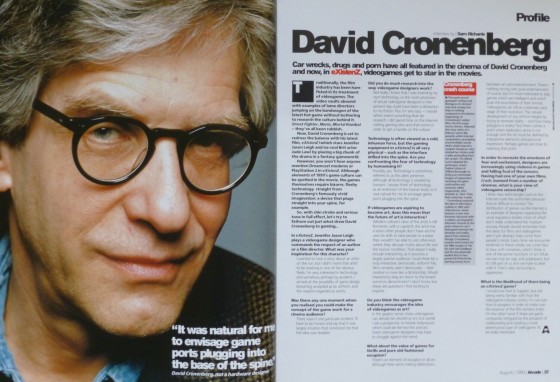 Things started to change thereafter though: the page count was cut again to 130 from issue 10, from issue 11 Sean Atkins took over as editor, and issue 12 brought a bit of a redesign. Only a bit though: the look of the magazine remained remarkably consistent throughout its life. Still, the tips section (‘Kick Ass’) was at least moved to the back of the magazine, from its slightly baffling position slap bang in the middle.

With fewer pages, the number of writers contributing plummeted: from dozens in the early issues, to scraping double figures. It began to show: fewer features, no columns, and ‘Games Night’ was dropped. The lifestyle side was still there though; in fact, promotions created a lifestyle editor, as well as features editor and games editor.

Tim Weaver was installed as editor from issue 19, but the writing was on the wall. He was treated to first a cut to 122 pages, then a price rise an issue later, and another issue later a further cut to 114 pages. On the plus side, ‘Virtual Fox’ was squeezed out. Shortly after, film and music reviews went, and the lifestyle elements – the original USP of the magazine – were all gone.

Not everything was sacrificed though. A few items ran for all 24 issues: ‘Sam Richards’ World of Games’, the enjoyable odds and sods section of ‘Game On’; Mark Green’s double page ‘Timewarp’, looking back at a past month in gaming; and the self-explanatory, back-page-filling ‘Great Gaming Moments’.

The quality of the writing didn’t falter in the later issues. The reviews in particular were, if anything, better than ever – informal, yet informative. That was thanks in part to a list of contributors which remained impressive, with the likes of Jonathan Davies, Kieron Gillen and Paul Rose among the regulars at the end.

That end came in issue 24. Tim Weaver’s final editorial mentioned “taking a few months off to make Arcade even better than it already is”. Sadly the result of that was the ill-judged, short-lived 99p Video Gamer – which recalls Nuts or Zoo, despite coming some years before either of those illustrious tomes.

Arcade ought to be remembered though, if nothing else then for two of the highest quality magazine freebies: the excellent book ‘Game Over’ by David Sheff, an account of Nintendo’s history; and a 14-track ‘Wipeout: The Music’ CD album. 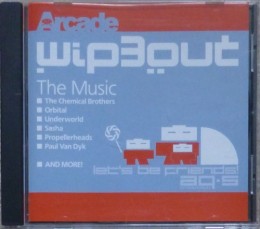 Despite some ups and downs, the early demise of Arcade was a shame. It didn’t find its place as a lifestyle games magazine, but might have as an adult-oriented games magazine with a slightly lighter outlook than Edge – a space that, arguably, gamesTM went on to fill.