Following on from Pikmin 3, this week sees the release of another title that Nintendo hopes will improve the Wii Uâ€™s market share.

The Legend of Zelda: The Wind Waker HD may not see a huge surge in sales though, due to being a remake. A new Zelda, on the other hand, would have done the system a world of good. Time is tight though, and so a HD version of Wind Waker is what weâ€™ve got.

Upon release even long-term Link fans raged into protest over the cel-shaded visuals, but over time most have come to accept â€œCeldaâ€, in addition to eventually acknowledging the Wind Waker as one of the best Zelda games ever. The final part of the game – a trek to find Triforce shards – was a bit of a slog, but aside this it was pretty close to perfection. 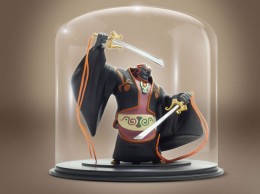 Thereâ€™s also the limited edition set to consider, which includes a Ganondorf figure. You should be able to find it for around the Â£59.99 mark online.

The Wii U eShop price of Wind Waker HD was met to an almost audible sigh – itâ€™s Â£49.99, a tenner more than what Pikmin 3 was when it launched on the download service. Oh, Nintendo.

Wii Karaoke U by JOYSOUND – a free download with 1 hour tickets starting at Â£1.79 – is also hitting the Wii U eShop this week. Then on Wii U Virtual Console Capcomâ€™s Final Fight 1, 2 and 3 are being re-released at Â£5.49 each.

If youâ€™d rather dance than sing, thereâ€™s Ubisoftâ€™s Just Dance 2014. Weâ€™re curious as to how well this will sell as the amount of unsold dancing games on the shelves would suggest that the dancing ship has already set sail. Itâ€™s out on Xbox 360, PS3, Wii and Wii U with Xbox One and PS4 versions due at launch.

The Metro gave it 8/10, saying that itâ€™s â€œThe best Formula 1 racer by default, although beyond the new retro additions very little has changed in this yearâ€™s gameâ€. GamesRadar were slightly more praiseworthy on the other hand, giving it a 4.5 and claiming it to be â€œextremely slickâ€. They did however note that a lot of the cut-scenes have been recycled from previous F1 games.

NBA 2K14 finishes this weekâ€™s retail releases off, bouncing onto Xbox 360 and PS3. There’s no Wii U version this year, sadly. Most reviewers claim that the series is still on top form, praising the excellent commentary, but found having to re-learn controls again a tad annoying. IGN dunked a 9.3 in its direction while GamesRadar gave it 4/5.

Sony Japan Studioâ€™s Rain is this weekâ€™s big PSN release, which tells the story of a boy who casts off his physical form to save a ghostly female. Set in a sleeping city inspired by 20th century Paris, itâ€™s a bit of a looker. Eurogamer‘s review suggested that it wonâ€™t leave much of a lasting impression though. They gave it a 6/10. The Official PlayStation magazine felt the opposite, ringing out a 7/10.

This leaves us with A.R.E.S: Extinction Agenda EX on XBLA – a side-scroller with a cartoon-like vibe. The PC version was released way back in 2010 where it was met to mostly good reviews.

Whether the developer has spent the last three years making improvements or simply sitting on it we canâ€™t be sure, so be sure to try before you buy.