It would seem that publishers and developers alike aren’t as hasty as they once were to bring their PC-exclusives to consoles. This isnâ€™t exactly a bad thing – RTS games, for one, have never felt natural to play with a joypad. Indeed, even the lure of Haloâ€™s rich sci-fi styling couldnâ€™t help to generate strong sales of Halo Wars.

Credit where credit is due, Blizzard has made Diablo 3â€™s transition from PC to console look effortless. The fact that itâ€™s not an RTS is likely to play a huge part in that – itâ€™s a hack â€˜nâ€™ slash RPG featuring a very long list of mythical creatures. Having to point out Diablo 3â€™s genre may seem like an odd thing to do in the eyes of those familiar with the series, but bear in mind here that itâ€™s the first Diablo for consoles since the original was released on PSone back in 1998. As such, itâ€™s not hard to imagine a lot of gamers going in blind. Or at least, basing their purchasing decision on the amount of hype the PC iteration gained upon release last year.

Fear not, newcomers – Diablo 3 is surprisingly accessible. This is largely down to how well the controls have been mapped out. The joypadâ€™s face buttons are used to attack or cast magic, while the right stick evades enemy attacks. At the start only a few attacks are at your disposal with more added every time you level up. These range from summoning a magical warrior to fight by your side to beams of light that restore health. Other skills, such as the ability to run faster, are purely passive and once level 30 has been reached three of these can be selected. Unlike some RPG skill-trees, you can alter the skill set at any time without penalty.

A commendable job has been done of making your chosen character – which include monks, demon hunters, witch doctors, crusaders and barbarians of both male and female genders – feel powerful from the outset. Swarms of enemies can be obliterated into little chunks of flesh with just a few hits, causing pools of blood, entrails and even the odd limb or two to be strewn across the otherwise occasionally drab landscapes. Magic attacks are even more damaging, able to take out half a dozen enemies at once – a feat that earns extra XP.

Another thing that makes Diablo 3 accessible to all is the difficulty level – â€˜normal modeâ€™ is a breeze that shouldnâ€™t cause any gamer, regardless of experience, to break a sweat. Bosses go down particularly swiftly as all can be defeated by simply standing at their feet while hacking â€˜nâ€™ slashing and casting a heal spell if needed. 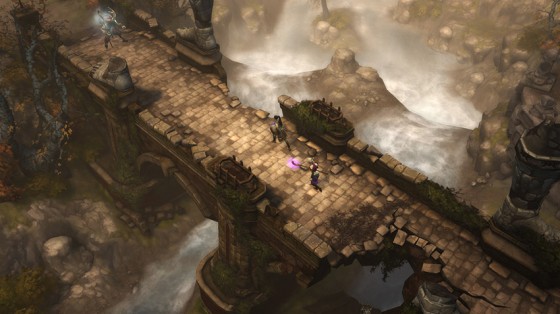 The checkpoint system prevents the 12-hour-or-so quest from feeling like a rough old slog – warp gates that can take you back to the safety of the make-do bases appear frequently. Here you can buy, sell and forge new weapons and swap between follower characters – a strong hearted Templar knight, a bow and arrow wielding scoundrel and an enchantress with magical abilities. The scoundrel has a few good lines that raise a grin, such as cheekily asking to hold onto any precious artefacts in your possession.

Loot is so frequently found that itâ€™s a good idea to head back to base and offload unwanted weapons and armour often. You could even say that loot is Diablo 3â€™s focal point – we spent about as much time customising our character and comparing weapon stats as we did trying to prevent the world of Sanctuary from demonic demise.

Hardened RPG players shouldnâ€™t be put off by the smooth difficulty level of â€˜normal modeâ€™ – â€˜hellâ€™ and â€˜infernoâ€™ modes are available once certain skill levels have been reached. This is a game that has been designed for multiple playthroughs – as we dealt the final blow to the final boss our character stood at just level 31, with level 60 being the cap. On the higher difficulty levels evading enemy attacks becomes near essential when up against stronger enemies, as does making sure your character is kitted out in the strongest armour out there. Thankfully online play is an option, for up to three others, to help ease the burden. 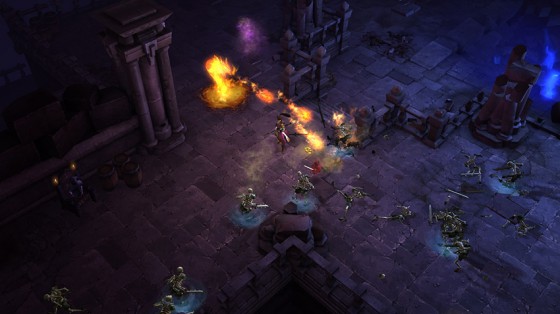 At times Diablo 3 does feel rather old fashioned. It even crossed our mind that itâ€™s what Gauntlet could have evolved into if Midway refrained from taking the franchise down a nonsensical path. Fortunately, itâ€™s refreshingly so. Itâ€™s evident from start to finish that this is one of those rare games that was only released when it was good and ready. The character classes feel well-balanced and while the visuals arenâ€™t the best around the level of polish elsewhere, such as how fantastic the CGI cut-scenes look, more than make up for this.

We would have liked to have seen a few more sub-quests to make the storyline feel like weâ€™ve gone down a path of our own choosing, although at the same time we do fear that optional quests would have ruined the elegance of how fast-paced and seamless the story is. So let Blizzard show you their finely crafted tale of Sanctuaryâ€™s apocalypse, and then sit back and enjoy it all over again.