Chart Track has revealed that 1.57m copies were sold on launch day, leading it to become the UKâ€™s fastest selling game ever. The previous record holder was Call of Duty: Black Ops with 1.41m copies sold.

If you havenâ€™t bought Rockstarâ€™s crime caper yet, then by now you’ve probably made your mind up if you’re planning to or not. As such, it does feel a little pointless going into the game in great detail for this new release round-up, especially when weâ€™ve already compiled a list of review scores. Our review will be up on these hallowed pages soon too, all fingers and toes crossed.

Who has the balls to release another game during GTA Vâ€™s launch week? Only Warner Bros. and Konami, it would seem.

Hot Wheels: Worldâ€™s Best Driver is out on PlayStation 3 and Xbox 360 with a Wii U and 3DS release due 4th October according to Amazon.

Currently available for under Â£23 at said retailer, we donâ€™t hold out that much confidence. Having said that , Warner does seem to care more about the quality of their kidâ€™s titles than other publishers do.

Speaking of balls, Konami are releasing Pro Evolution Soccer 2014 this week. A whole week before FIFA 14, no less.

PES 2013 was available on half-a-dozen formats, but this year itâ€™s only on Xbox 360, PS3 and PC. There are no next-gen versions planned either, although the current-gen versions are set to receive a patch in the future thatâ€™ll add 11 vs 11 online play.

â€œPES 2014 is a methodical sports game with deep systems that reward practice and experimentation; the sort of game that will appeal to people who read Zonal Marking rather than Sun Sportâ€ said Eurogamer in their 9/10 review.

A demo is available now so you can discover for yourself if you’re a Zonal Marking man or a Sun Sport subscriber.

There are a trio of new 3DS games out as well – Harvest Moon: A New Beginning, Devil Summoner: Soul Hackers and the budget-priced mini-game collection Funfair Party Games. We won’t be expanding on that last one.

The 3DS received a Harvest Moon game last year, but it was simply a DS revamp. A New Beginning on the hand has been built especially for the handheld. Itâ€™s claimed to be the biggest Harvest Moon yet, with more customisation options than ever before. If you enjoyed Animal Crossing: New Leaf this’ll be worth looking into as there are quite a few similarities between the two franchises. Need more convincing? Itâ€™s only Â£22.99 to pre-order from GAME. 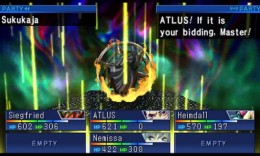 Devil Summoner: Soul Hackers is worthy of consideration also. Itâ€™s a remake of a 1997 RPG unreleased outside of Japan, and as Destructoid pointed out in their 8.5/10 review â€œ[it] may have a number of antiquated principles and mechanics, but none of them are unprecedented or that difficult to deal withâ€. EGM also enjoyed it, awarding the same score.

Over on XBLA scrolling 2D brawler Foul Play arrived yesterday for Â£9.99 and should be of interest to fans of the genre. The Official Xbox Magazine gave it 6.5, praising the unusual theatrical setting.

Then on Friday Takedown: Red Sabre – a shooter that appears similar to the early Rainbow Six games – launches on the download service. Developer Serellan promises non-linear environments that change every time you play. This one will also set you back Â£9.99.

It may be worth baring in mind though that Rainbow Six: Vegas is currently free via the Xbox ‘Games for Gold’ promotion.