As a console enters its twilight years, it’s inevitable that the amount of budget priced software beings to increase, especially if that console has a sizeable userbase. 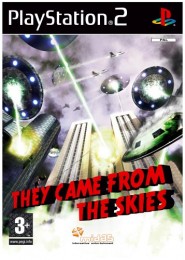 We can even trace this trend as far back to the days of the Commodore 64 – for its final year or so Commodore Force magazine was filled with reviews of budget re-releases and little more.

This general drop in software pricing occurs for a couple of reasons. Firstly, due to reduced production costs – whereas the Xbox 360 and more significantly the PlayStation 3 gave developers a few â€˜teething problemsâ€™ at launch, at this point in their life the tools, game engines, art assets and more are readily available and more than familiar. This opens the door for lesser-known publishers and developers to knock out smaller, quicker to produce games at a relatively inexpensive cost.

Further, when new consoles are released we start to see a shift in demographic. Older consoles are handed down to younger siblings and as the price of consoles fall towards that magical Â£99.99 mark they become viable options for those on limited income. 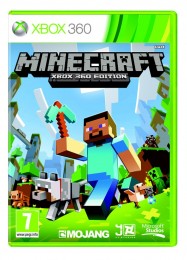 With a younger demographic the demand for pocket-money priced games starts to grow. We attributed Minecraft becoming the UKâ€™s number one – a month after it launched – to the fact that the kids were off school that week and that it only costs Â£12.99 (or thereabouts). Of course, it also helps that Minecraft is a fascinatingly brilliant game.

Development costs are perhaps still too high at the moment for us to envision a publisher wheeling out a range of Â£9.99 console games, but in the future that may be a possibility. Those chances could improve somewhat if a publisher looked to the Eastern world and start localising Japanese games, like Midas Interactive did for almost their entire PlayStation 2 back catalogue. There are perhaps more random Japanese Xbox 360 and PlayStation 3 games that would be suitable for a Western release than most of us realise.

Â£24.99 seems to be the magic figure for budget games at the moment – we’ve seen a handful of games released for that price this year already, and there are dozens more yet to come before the year ends. Most of these are cartoon licensed games, which links us back to the younger demographic.

As we said in our recent review of the vampire/stealth game DARK – which launched at around the Â£24.99 mark – we can live with a budget game’s graphical shortcomings if the core game itself is good. Payday 2 is a fine example of this. Yes, it looks rough in places due to some fuzzy textures and such but it’s still a brilliant game underneath all those shoddy textures. For Â£25, it’s something of a steal. 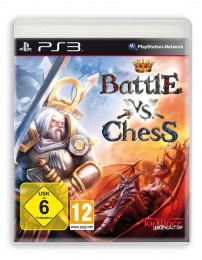 The concept that developers should be sacrificing looks for quality content when making a budget game is a valid one but not the point of this article. Weâ€™re more concerned about developers trying to be too ambitious.

Imagine that a publisher specialising in budget software releases a racing game for Â£19.99. Due to being knocked out on the cheap it ends up being passable but nothing more. Now, any reviewer in their right mind would highlight the fact that you can purchase a new copy of Forza Horizon or Gran Turismo 5 for the same price or less.

Therein lies our point: if developers aim too high and they’ll have to face being compared to the best of the best. Budget games, then, should know their place and try and do something different so that they don’t end up being compared to high profile releases.

Â£24.99 seems to be the magic figure for budget games at the moment

TopWare Interactive seem to have the right idea, having recently released a chess game for all the current consoles and are now readying Dream Pinball 3D II for a November launch. The latter may be end up being compared to the excellent Pinball FX 2, but at least it will contain a wealth of content out of the box. Pinball FX 2, if your memory needs a job, is the one where the tables have to be purchased individually.

As for Battle vs Chess – how many other chess games can you think of for the PlayStation 3 and Xbox 360? Another example is the Â£20-odd Farming Simulator. Can you think of another farming sim? And no, Harvest Moon doesnâ€™t count.

The problem we have here is that genres such as racers and first person shooters sell, and so a publisher is bound to pick up something thatâ€™s guaranteed to turn a profit. 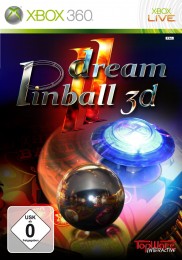 Still, budget games do have the whole ‘impulse buy’ thing to fall back on, hence why supermarkets are keen to stock them. It has also been said that they have a longer shelf life than some AAA games. Itâ€™s not hard to imagine still being able to find new copies of Minecraft on the high street in a yearâ€™s time, which is something we canâ€™t be certain about of, oh let’s say, Gears of War Judgement.

The Xbox 360 and PlayStation 3 do have a card up their sleeves though that prevents their future being floods of budget tat – compilations of download-only games. Capcom, Ubisoft and both Microsoft and Sony themselves have released collections containing three or four XBLA/PSN games on one disc in the past.

Microsoft recently claimed that thereâ€™s support for the Xbox 360 planned for the next three years, with at least 100 new titles due. If some of those arenâ€™t retail XBLA compilations we’d be very surprised.

Back to the point at hand – developers working on a budget should focus on getting the fundamentals correct and try to provide us with something a little different in the process. We all love seeing something a little quirky and different and with budgets for current gen starting to fall there’s now room for experimentation. You never know, somebody might unexpectedly end up designing the next Minecraft.