Whereas Nintendoâ€™s recently announced 2DS has seen the system undergo a radical redesign, Sonyâ€™s newly unveiled thinner PlayStation Vita retains all the curves of the original. 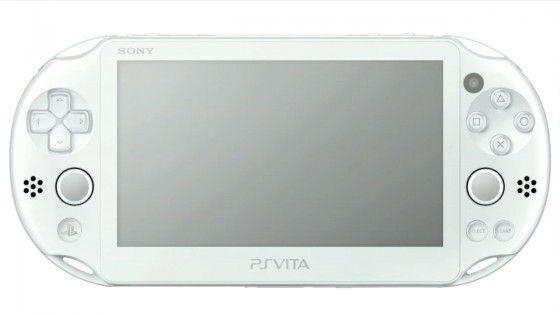 The new model – out in Japan 10th October – is 20 per cent slimmer and 15 per cent lighter than the existing model.

The battery has seen a boost also and is now said to offer an extra hour of play, taking to total up to the 6 hour mark, while the 1GB onboard memory is a pleasing new addition. Those PS Vita memory cards arenâ€™t cheap, after all.

Speaking of which, a 64GB memory card will be available on the same day in Japan.

So itâ€™s all good news, then? Not quite. Presumably to save on manufacturing costs, the originalâ€™s OLED screen is being replaced with a LED screen. Sony claims that itâ€™s more than suitable for the job, however:

“Thanks to the rapid progress of LCD technology in recent years, the new display provides users with the highest-level image quality, perfect for deep and immersive gaming experience that is at the core of PS Vita,”