Thereâ€™s an unprecedented amount of big-name new releases out this week. If this little lot doesnâ€™t give the retail sector a much needed (re)boot weâ€™d be very surprised.

Weâ€™ll start with The Wonderful 101 first – another game Nintendo hopes will help to shift a few more Wii Us. Similarities can be made with Pikmin – such as camera perspectives, and the premise of controlling loads of little characters at once – but itâ€™s a lot more combat heavy. By drawing formations on the GamePad the posse of superheroes can be transformed into giant fists, swords, bazookas and more.

The recent demo suggested that the control system is unwieldy at first but can be mastered with time. Itâ€™s a deeper and longer lasting game than most may expect also – 15 hours, quotes Eurogamer – plus it has all the usual surreal humour of a Platinum Games title.

Review scores have mostly been wonderful – 5/5 from The Telegraph (â€œone of the boldest and most original visions on any system this yearâ€), 8/10 from Eurogamer (â€œthis is a joyous game, with more imagination in each level than most games muster in their entiretyâ€) and 7/10 from The Metro (â€œa fun game, overflowing with charm and wonderfully silly actionâ€).

Most reviewers do agree however that the game has its faults – combat is sketchy, as is the way the GamePad is used. EDGE seemingly struggled to look past these gripes, giving it a 6: â€œThereâ€™s a good game in here, but itâ€™s smothered by the need to conform to its host platformâ€™s feature set.â€

Splinter Cell: Blacklist is also hitting Wii U this week, as is Disney Infinity. Ubisoft had to drop the local co-op play in the former, but ONMâ€™s review suggests itâ€™s still worth a look – it was given a handsome 78%.

Reviews of the Xbox 360, PS3 and PC version of Blacklist have been slightly more positive. IGN couldnâ€™t praise the Spies vs. Mercs multi-player mode enough, giving the stealthy shooter a mighty 9.2. Eurogamer meanwhile claimed that â€œSpies vs Mercs saves Blacklist from the ignominy of being merely good.â€ EDGE however found the package as a whole simply that – good. They gave it a 6: â€œBy the time you reach the end of Blacklist everything has grown so big and so explosive that youâ€™re left exhausted but not entirely satisfied.â€

The Bureau: XCOM Declassified is the weekâ€™s other shooter. For those out of the loop, it has been stuck in development for quite some time – it was originally a first person shooter, but has ended up being third-person. Indeed, 2K only announced the change of name three months ago. Reviews havenâ€™t been great, but they havenâ€™t been bad either. Itâ€™s a stylish shooter and the 1960â€™s setting is a memorable one – just like 2K Marinâ€™s own Bioshock 2 before it – but it falls way short of its potential.

IGN gave it 5.5, calling the plot â€œnonsenseâ€, while Eurogamer liked it a little more and gave it a 7. â€œGiven its fractured development and lumpen structure, the fact that The Bureau is actually pretty good is arguably victory enough,â€ they said. EDGE, from the sound of things, did rather enjoy it but felt it was only worth a 6 due to being â€œnot particularly tacticalâ€. 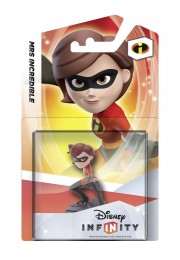 Then weâ€™ve got the Skylanders-style Disney Infinity, which is out on 360, PS3, Wii, Wii U and 3DS. American gamers got it last week, where there were some reports of serious technical issues with the PS3 version. Hopefully a patch will be in place for this weekâ€™s Euro release. Reviews went up last Sunday and were mostly positive, including 9.0 from Game Informer and 8.0 from Polygon.

Digital Spy however wasnâ€™t very impressed, giving it 2/5 due to a lack of challenge: â€œWhen you die, you simply respawn where you fell. There is no punishment for death at all. This isn’t helped by the simplistic combat and the lack of enemy variety. Even in the combat-heavy Pirates and The Incredibles Play Sets, blocking and dodging is hardly required. Single-button mashing for the most part will do the trick with ease.â€ 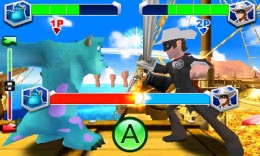 Polygonâ€™s review also notes that unlocking new items in the Minecraft-style toy box building mode is a right old slog: â€œThe Toy Box in Disney Infinity is a blank slate, a massive field designed to be filled up with your imagination or pre-loaded with the creations that come with the game. It is the most significant element of the game, the most fun and certainly the best reason to buy Disney Infinity. But after nearly 20 hours of play, beating three campaigns and then some, I still can’t access the best bits of the Toy Box.â€

Additional figures are priced at around Â£14.99 – making them more expensive than the Skylanders – while playsets cost double that. The first wave of figures is slightly questionable – we cracked a grin when spotting Helen, the mum from The Incredibles – but the second wave packs a more alluring assortment, including Wreck It Ralph, Jack Skeleton and Buzz Lightyear.

We suggest holding off from buying the 3DS version for now – there are no reviews at present and from the gist of it itâ€™s very different from the console versions. Developer Altron doesnâ€™t have the best track record either.

This leaves us with Saints Row IV, the first in the series from new IP holder Deep Silver. Itâ€™s a very daft game, but all the better for it – it features superhero powers, a dubstep gun and a mission where the lead characters are high on alien narcotics… which caused the game to be altered for the Australian market. This focus on all things nonsensical has bagged it plenty of glowing reviews. Even EDGE found comfort in its silliness, giving it an 8.

Over on XBLA the â€˜Summer of Arcadeâ€™ season continues with Flashback – a game for which Ubisoft cheekily delayed the review embargo until after it had been released. Why did they do this? Because itâ€™s not very good. The fact that the 16-bit original is present is pleasing, but the remake itself is hampered by awful dialogue and a lack of challenge. By all means though try the demo and see what you think for yourself.