North America is still waiting for the boxed release of New Super Luigi U – we in Europe got it last month. Still, at least they’ve got this Luigi branded train to make up for it. 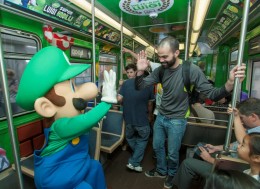 It celebrates the curiously late launch of the game later this month, and the wider Year of Luigi. That marks the character’s 30th anniversary, which is confusing given that Nintendo celebrated Super Mario’s 25th anniversary only three years ago.

Anyway, the train is on the Chicago ‘L’ – short for ‘elevated’, North American public transport fans – and having been unveiled on Monday, it’s going to run until 8th September.

Fingers crossed the actor in the Luigi costume won’t have to remain on board the entire time. 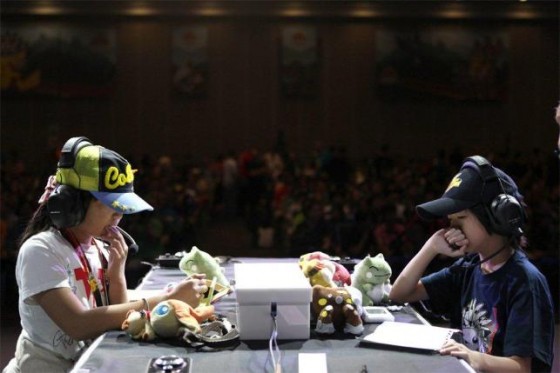 That’s what competitive Pokemon looks like – a cross between Blockbusters (with all the mascots) and a particularly poor staring contest.

It was the 10th Pokemon World Championships last weekend, covering both trading card and video game interpretations of the catch ’em all juggernaut. Smartly, winners get not only a lovely Pikachu trophy, but also scholarships – presumably for university, rather than further Pokemon training.

There are three age groups, and the shock news this year was that the top video game masters division was won for the first time by a European – Arash Ommati from Italy. 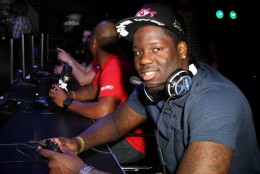 You might have heard of Call of Duty: Ghosts. Activision are making a big thing of it, and held an elaborate “multiplayer reveal event” this week in Los Angeles. This was one of the lucky attendees, basketball player Anthony Bennett.

“It’s crazy that I’m at this exclusive event,” he definitely said. It certainly sounds like something you’d hear a sports star say. He added: “our team won both times.”

Ok, so your good at basketball and you’re good at Call of Duty – no-one likes a show off. 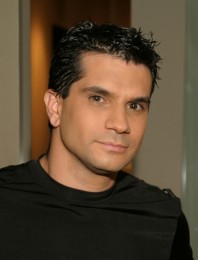 Finally, would you give this man a quarter of a million dollars? That’s what Tommy Tallarico is asking for to Kickstarter Video Games Live Level 3.

It’s the third in the series of video game music live shows and albums. $250,000 sounds like a lot of money to record an album to me.

But what do I know? The answer to that is in my vague review of the first album release. (Very little.)