Itâ€™s a shame that Ride to Hell developers Eutechnyx arenâ€™t based in Hull, as it would have given us a slightly more amusingly headline for this monthâ€™s Google Street View feature.

Instead weâ€™re off to Gateshead, south of Newcastle Upon Tyne.

Eutechnyx are best known for creating various budget-priced racing games – along with the universally panned biker brawler Ride to Hell: Retribution – and they’ve been churning these out for far longer than most people realise. 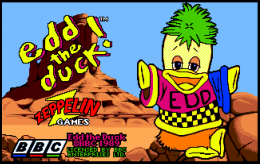 As well as numerous C64 and Spectrum titles – including Edd the Duck and Edd the Duck 2: Back with a Quack – the studio buddied up with Codemasters to help out with Micro Machines and Pete Sampras Tennis.

In 1994 Zeppelin Games was then snapped up by American company Merit Studio, leading it to become Merit Studios Europe. They didnâ€™t last longer under this name, however, as the directors bought back the company from Merit with help from Infogrames in 1996. The outcome of this was that Eutechnyx – as the company was then renamed – had to create games exclusively for Infogrames for the next three years.

This is when the studio started to shift towards racing games. Under Infogramesâ€™ control they developed Total Drivin, Max Power Racing, Le Mans 24 Hours and F1 World Grand Prix: 1999 Season for both PSone and PC.

Eutechnyx was independent once again when the agreement ended in 2000. So what did they do? Then went and worked on 007 Racing for EA, an unprecedented low for the Bond franchise due to a chronic lack of any actual racing.

After a short spell knocking out budget games for various publishers, such as the pun-tastic Big Mutha Truckers and Big Mutha Truckers 2: Truck Me Harder, the studio found themselves taking on a lot of work for Activision, creating no less than three NASCAR games and some terrible Pimp My Ride thing.

Attempting to work out where Ride to Hell fits into all this is where things get a little messy – it was first announced in 2008, which means it was being worked on before the first NASCAR game was even released. Also around the same time they would have been working on Ferrari Challenge: Trofeo Pirelli for System 3, which was released on PlayStation 2 in addition to a few other formats.

When you bear this in mind, itâ€™s no surprise that Ride to Hell feels like a dated mess. We estimate seven other titles were developed between conception and release.

Hereâ€™s where the â€œmagicâ€ happened – a small, rather formal building in a Gateshead business park. Notable locations nearby include the Metrocentre shopping mall and Dunston UTS Football Club. Clearly Eutechnyxâ€™s history is far more interesting than the location in which they’re based:

Considering the Edd the Duck game sold well enough to warrant a sequel, we wonder if they ever tried to bag the Gordon the Gopher license?

A double take on Double Helix