With game budgets forever rising and big name franchises more important than ever, the days of versatile development studios are slowly coming to an end.

The guys at Beenox must know how this feels – after working with various brands across different genres they’re now single handedly in control all things Spider-Man. If they aren’t sick of the sight of Spidey by now then we’d be very surprised.

It wasn’t always like this, of course. A good example here is Rare during the N64 era, working on first person shooters one year and colourful platformers the next. Nowadays Microsoft seemingly wants the developer to be working on sports compilations and nothing else.

We canâ€™t forget Psygnosis either, knocking out such PSone games as The Adventures of Loma, Sentinel Returns, Psybadek and Overboard in quick secession alongside the various WipEout and Destruction Derby sequels.

Here’s a look at eight games where the developers involved are far from whom you’d expect. Behold the black sheep of gaming:

Rare – A Nightmare on Elm Street

Funnily enough, we’re starting this feature off with Rare. After reverse engineering the NES to create the curiously colourful Slalom, Rare – then known as Ultimate Play the Game – found themselves with plenty of work on their doorstep.

There’s nothing too out of the blue about them working on a movie tie-in considering the majority of ’80s videogames had licenses attached, but A Nightmare on Elm Street strikes us as an oddity.

The humble NES was the last console you’d imagine to host a game based on a notorious 18-rated movie, especially when Rare’s previous NES games included Jeopardy, Wheel of Fortune and Sesame Street: ABC. 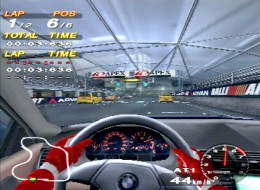 There was a time when we always feared the worst whenever Squaresoft turned their attention away from RPGs.

The Bouncer wasn’t too unusual for them considering they developed the Final Fantasy-flavoured Ehrgeiz: God Bless the Ring for arcade and PSone, but early PS2 racer Driving Emotion Type S defied convention.

Unsurprisingly, it wasn’t very good. Perhaps Square werenâ€™t entirely to blame though – plenty of developers struggled at first to get their collective heads around the PlayStation 2â€™s then-powerful innards. 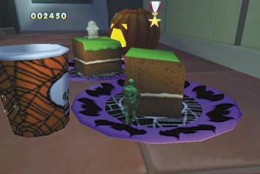 Those war-waging Worms are the first thing(s) that spring to mind when thinking of industry veterans Team 17.

As disgusting as it sounds, the wiggly invertebrates are the developer’s bread and butter. Money can’t have been flowing freely when the developer signed up to create one of the â€˜el cheapoâ€™ Army Men games – 2006â€™s post-3DO Army Men: Major Malfunction.

It was hardly the highlight of the developer’s 23 year history. The same can be said for Leisure Suit Larry: Box Office Bust, a game so poor that Codemasters set up the â€˜Funstaâ€™ publishing label in order not to sully their good name. 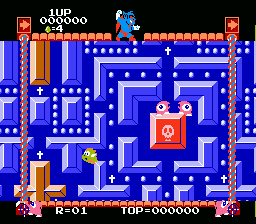 Itâ€™s hard to imagine that the man who gave the world Mario had a helping hand in designing a game starring the Devil. A dancing Devil, no less. Bibles acted as collectables while crucifixes played the part of power-ups. Good Lord!

Although released in both Europe and Japan, it was deemed to be of a too-sensitive nature to be released in the US.

Even in years to come Nintendo was reserved about the gameâ€™s existence, removing the trophy of the lead character Tamagon from Super Smash Bros. Melee.

Nowadays Nintendo is seemingly less ashamed of the game – the Devil featured as an Assist Trophy in Super Smash Bros. Brawl, while in 2008 it was added to the Wiiâ€™s Virtual Console service. By all accounts, it isnâ€™t a bad little Pac-Man alike. 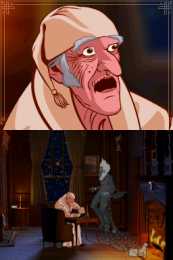 Much like Team 17 with their unexpected Army Men game, money must have been tight the month Sumo agreed to create Disney’s A Christmas Carol for DS.

Either that or somebody at the studio thought it would be an ideal game to provide some new starters with a bit of experience.

Sumo, in case your memory needs a jog, mostly specialise in racers with the odd sports title here and there. At the time of A Christmas Carolâ€™s release they would have been busy with Sonic & SEGA All-Stars Racing and the Wii and PSP versions of F1 2009, having just finished off the XBLA iteration of Outrun.

Go! Sudoku on PS3 and PSP also strikes us as an odd output from the Sheffield-based studio, although not as odd as the aforementioned Scrooge sim.

How many of you knew Alternative Software were still around? The publisher/developer was a name to be reckoned with in the ’80s, releasing such games as Skool Daze, Count Duckula, Trap Door and Jaws.

The ’90s saw the publisher take a back seat somewhat, then re-emerging in the past ten years to publish print studio and activity software featuring a host of big name brands. How big? Try Transformers and Lord of the Rings big.

They dabble with the odd videogame still too, having only recently released Rugby Challenge 2 Lions Tour Edition.

The announcement of Rockstar Table Tennis was brushed off as a joke – a casual comment by Rockstar that their next game wasnâ€™t going to be something grizzly but a simple table tennis sim.

Then the screenshots emerged, and the world was stunned. Well, the gaming world.

Rockstar Table Tennis began life as a tech demo for the developerâ€™s new R.A.G.E engine. Itâ€™s believed that along came a pair of ping pong paddles and a ball, and before they knew it they had something sellable on their hands. An early Xbox 360 title, it was released at less-than-full-price due to a slight lack of content.

Gamers were even more surprised when a Wii version was announced. Weâ€™d wager that the popularity of Wii Sports had something to do with that. 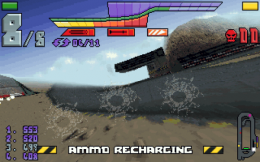 Out of all the developers who have perished over the years, Bullfrog is the one we miss the most. The amount of hours we spent playing Magic Carpet, Dungeon Keeper, Theme Park and Theme Hospital are untold.

Bullfrog’s black sheep is perhaps the most unlikely – a predominately beige futuristic racer for PSone, Saturn and PC. Built using the Magic Carpet engine, it was supposedly knocked out in a matter of mere months to fill a gap in EA’s release schedule.

If a certain other high-profile futuristic racer hasn’t been released in the same month, Hi-Octane may not have been consigned to those mythical ’90s bargain bins quite so soon.