Microsoft didnâ€™t so much pull a rabbit out of the hat for their E3 conference, but rather a whole warrenâ€™s worth of them – the return of franchises new and old, and surprises galore.

Apart from a short SmartGlass demo, the conference was solely about software and began in the best possible fashion – in-game footage of Metal Gear Solid 5: The Phantom Pain, which showed of Konamiâ€™s new FOX engine with style. Snake’s latest has been revealed to be an open world affair, set in a very sand environment presumed to be Afghanistan. Snake makes his appearance riding a horse – which thus lead to Red Dead Redemption comparisons – with other modes of travel including tanks and jeeps. The demo ended by revealing a line-up of new characters, including Skullface – a ghost sniper. 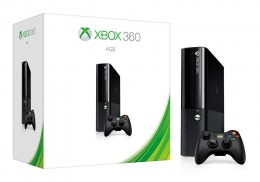 The next announcement was rather unexpected – a new model of Xbox 360 is being released today across the US, Canada, UK, Ireland and Australia. The sleeker new design is intended to resemble that of the Xbox One, but it wonâ€™t cost any less than the current model. Three different â€œeditionsâ€ are being released – 4GB, 250GB, and a 4GB Kinect bundle.

Sticking with announcements for the current Xbox, Xbox Live gold members will receive two free full game downloads a month from 1st July until 31st December. This would appear to be a knee-jerk reaction to PlayStation Plus, which has proven to be more than slightly popular. The first two confirmed freebies have been arenâ€™t exactly the freshest of faces – Assassinâ€™s Creed 2 and Halo 3 – but decent titles nevertheless.

Fable III is also available for free, this month only. Eagle-eyed gamers spotted this early this morning, where upon first glance it was understandably thought to be a glitch. Itâ€™s about time Microsoft gave gamers a little bit back in return for their subscriptions, especially seeing that countless adverts are creeping onto the Xbox dashboard.

The freebies donâ€™t end there – global hit World of Tanks is coming to Xbox 360 as a free to play title, albeit for gold members only. We very much doubt this is because Tank! Tank! Tank! is now a free download over on the Wii U eShop.

Next IP was revealed next. Well, kind of – it was kept very quiet that 2D platformer Max and the Cursed Brotherhood is sequel of sorts to the not very popular Wii/DS game Max and the Magic Marker. The next game on show couldnâ€™t be any more different – Dark Souls II. Production values look significantly higher than the last Dark Souls, although weâ€™re still slightly anxious about the new casual approach.

The next demo bore resemblance to Saving Private Ryanâ€™s famous beech landing scene. Quite amazing seeing that Ryse is set in ancient Rome, without even a rife or gun in sight. When Crytekâ€™s Ryse was first unveiled it was destined for the Kinect, but with Kinect sales on the decline it has now been shifted over to Xbox One and gained joypad controls along the way. Visually it looks impressive, with a very cinematic look to the presentation, but the amount of button-bashing QTEs was rather worrying.

Panzer Dragoonâ€™s spiritual successor Crimson Dragon has made a jump from Kinect to Kinect 2.0 also, making an appearance much later on in the conference. 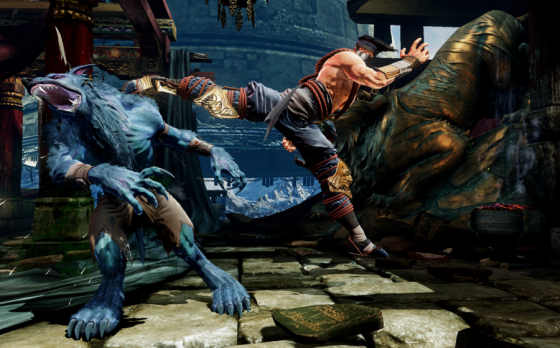 Ready for a surprise from Rare? A new Killer Instinct is finally happening, after years of both hope and speculation. How heavily Rare are involved with the project though is a mystery – Double Helix are at the helm. Their previous efforts have hardly been highbrow, including Silent Hill: Homecoming, Front Mission Evolved and the Green Lantern movie tie-in. Their website claims that itâ€™s a labour of love for them, which is at least encouraging. Rare are presumably too busy with Kinect Sports Rivals, which was sneakily announced just before the conference started. Zoe Modeâ€™s Powerstar Golf is another sports title enroute.

Fable III is also available for free, this month only

Fresh from finishing Fuse for EA, Insomniac are now working hard on Sunset Overdrive – an open world shooter with a colour palette even brighter than that of Borderlands. This Xbox One-exclusive is only possible on Microsoftâ€™s new system, reports Insomniac – the cloud features will allow them to add new content and missions on a daily basis. Footage showed a rather lanky chap leaping along rooftops before teaming up with a buddy proudly clutching a gun that can fire vinyl records. Weâ€™re very intrigued about this one.

Forza 5 Motorsport was up next. This also has an interesting use for cloud – your driving style is recorded and will be used to power AI that can take part in races while youâ€™re away from the Xbox One. Turn 10 refer to this AI as â€˜Driveatarâ€™ – a word that they used a perhaps a few too many times during the demo.

Minecraft was up next, we kid you not. After being downloaded six million times by Xbox 360 owners, Microsoft clearly thinks that there are still people out there who have yet to leap into purposely pixilated world. Minecraft: Xbox One Edition will include larger maps and more multi-player features, which is all well and good, but we would have rather had confirmation that Microsoft has bagged Mojangâ€™s next game – 0x10c. Thereâ€™s still every chance thatâ€™ll happen at some point, we suppose.

The nonsensically titled Quantum Break was one of the few games Microsoft revealed alongside the Xbox One. Even after two or three minutes of new footage we still arenâ€™t sure what itâ€™s actually about – the CGI clip showed the lead character manipulating time. Remember – this’ll tie-in with a TV show, just like Defiance before it.

How about a surprise from a Japanese studio? The legendary Sweary65 is working on the episodic murder mystery D4. Just like Sunset Overdrive, it wasnâ€™t afraid to use some of the brighter colours from the Xbox Oneâ€™s palette. It would appear to have no connection with D on PSone/Saturn or D2 on Dreamcast, despite the name.

Not convinced by anything announced so far? Well, you can always make your own games using Spark Unlimited – Microsoftâ€™s answer to LittleBigPlanet. Itâ€™s looking like a slick package, with SmartGlass support playing a huge part of the creation process. Frontier Developmentsâ€™ Zoo Tycoon for both Xbox 360 and Xbox One is another that lets you explore your design skills. To create your own zoo, in this case.

After a brief announcement that Microsoft will soon be dropping Microsoft Points in favour for local currency, it was confirmed that Dead Rising 3 will be an Xbox One-exclusive. The first Dead Rising played a vital part of the Xbox 360â€™s early days, lest we forget. Footage looked impressive but something was clearly missing – all humour and nonsensical elements appear to have been removed, in favour of a grittier and more realistic feel. Fans have been left a bit miffed, and rightly so.

In-game footage of The Witcher 3: Wild Hunt was then shown, which isnâ€™t an exclusive. No siree. The same goes from the canine-less Battlefield 4, although that is getting some exclusive timed DLC in the form of â€˜Second Assaultâ€™ which is set to include four â€œfan favouriteâ€ maps from Battlefield 3.

A short Halo teaser was what we were treated to next. No title or solid details, although the art direction appeared to be mighty similar to that of Bungieâ€™s Destiny – Master Chief was shown wearing a cloak. Thatâ€™s a cloak made out of cloth – not a sci-fi invisibility cloak or similar, we might add. Respawnâ€™s mech-based multi-player shooter Titanfall ended the conference on a high – pulling soldiers out of their mech suits and forming clusters of ammo with a District 9-style magnetised force field and flinging it back at the opposition looks highly entertaining. 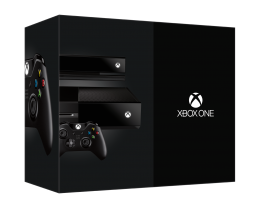 Going by reactions on Twitter, the Xbox One line-up has managed to sway a lot of gamers who were sceptical when the system was first revealed. Not everybody is delighted by the price, however – a confirmed Â£429.99. Thatâ€™s more than the likes of Zavvi and Amazon estimated. It is worth bearing in mind though that the PlayStation 3 was Â£425 upon release. Twitter users were also quick to compare the price to an iPad – a device than people are more than happy to spend the best part of Â£400 on. Or as one chap put it, who sadly we can’t recall the name of so therefore cannot quote: â€œItâ€™s the same price as five heavy nights out on the town, but will instead offer 10 years of entertainmentâ€.

Still, the high price bracket may persuade a lot of people to hold onto their beloved Xbox 360 for a while longer yet. Good job Microsoft arenâ€™t going to be ditching it quite as quickly as they did the original Xbox, eh?