Grab a jar of granulated coffee and a spoon – E3 is about to begin, and it should be a corker. Well, better than last yearâ€™s damp squib at the very least. 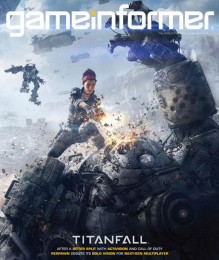 Microsoft kicks off the conferences tonight at 17:30pm (UK, GMT). With the Xbox One already unveiled all signs point to Microsoft focusing solely on software. We hope thatâ€™s the case, anyway – we donâ€™t think we could tolerate being told all over again how Xbox One will revolutionise television.

Respawnâ€™s shooter Titanfall was ousted last week as the cover game of the new issue of GameInformer. Expect a big fuss to be made – apparently it uses the Xbox Oneâ€™s cloud features in new and innovative ways. LocoCycle, Fable Anniversary and Fantasia: Music Evolved are likely to be shown as well, along with more Forza 5 and Quantum Break footage.

Hereâ€™s the new, and mildly amusing, trailer for LocoCycle you missed it last week:

Hopefully weâ€™ll also see what Rare have been up to, and discover what has become of Crytekâ€™s Ryse. And maybe the future of Halo as well? We only have a few more hours to go until we find out.

Later tonight both EA and Ubisoft have their conferences, at 21:00 and 23:00 respectively. As well as wheeling out their yearly franchises – including Need for Speed Rivals – itâ€™s has been suggested that EA will unveil plans for their newly acquired Star Wars license. Battlefield: Battlefront, anybody?

Ubisoft meanwhile are rumoured to be showing a new racer entitled The Crew, developed by Reflections. It could potentially be this yearâ€™s Watch_Dogs – a genuine show stealer. 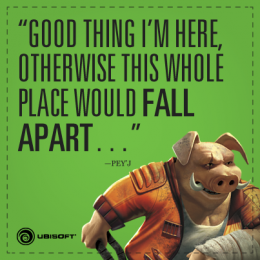 Curiously, Beyond Good & Evil 2 may make a appearance. The piece of art-work displayed to the right was uploaded to their Facebook page over the weekend. Weâ€™d love it to be a Wii U-exclusive, but we canâ€™t see that happening after Ubisoft did that massive U-turn on Rayman Legends. Thatâ€™s unless Nintendo themselves are funding it, a la Bayonetta 2. Stranger things have happened.

Sonyâ€™s conference is what youâ€™ll need that caffeine for – itâ€™s not until 2:00am Tuesday morning. Sony played their next-gen card early, showing off dozens of games alongside the new PS4 controller, so weâ€™re not entirely sure how many surprises they left other than the design of the PS4 itself. With a bit of luck though weâ€™ll find out what has happened to The Last Guardian, and maybe get the first glimpse of the next Naughty Dog project. Thereâ€™s also the mysterious Destiny of Souls. This was once rumoured to be a PS Vita-exclusive Destiny spin-off, but that was soon rebuked when it announced that From Software are behind it.

Then weâ€™ve got good old Nintendo. As youâ€™ve no doubt heard the Kyoto giant are skipping E3 this year, opting for a special Nintendo Direct instead. Thatâ€™s at 15:00pm on Tuesday. Mario Kart, Sonic Lost World, Pikmin 3, Wind Waker HD, Smash Bros. and a new 3D Mario for Wii U are dead certs to be shown. 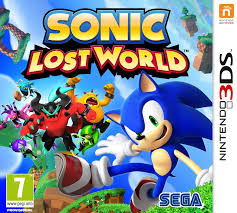 You can bet that Nintendo will give the publishers who have stuck with the Wii U during the last six months some limelight too, so expect footage of Assassinâ€™s Creed IV, Batman Origins and Scribblenauts Unmasked at some point. As much as weâ€™d like to see some actual gameplay footage of Bayonetta 2, CVG reports that Platinum will only be promoting Wonderful 101. We wouldnâ€™t be surprised though if Bayonetta shows her face in the new Smash Bros. trailer.

After months of speculation, we should also finally find out what Retro Studios have been working on. A new IP? Something with Star Fox? More Metroid? Whatever it is has been kept tightly under wraps, thatâ€™s for sure.

Of course, all the other usual suspects will be there – Activision, Square-Enix, Konami, 505 Games, SEGA, Bethseda, Capcom and more. With Xbox One and PS4 just around the corner, they’ve no doubt got a couple of surprises each.

We’ll be doing our best to provide round-ups of all the conferences in decent time, as well as sniff out the smaller, more curious, games on show. Somebody has to look out for the little guys, especially during the biggest week of the gaming calendar.