With Capcom now focusing development back onto their internal studios, chances are Remember Me and Lost Planet 3 will be amongst the last titles from their collaborations with Western developers.

Although the jury is still out on Lost Planet 3, itâ€™s safe to say that Remember Me has turned out far greater than the likes of Dark Void and Resident Evil: Operation Raccoon City before it.

Not only was EDGEâ€™s review of this third-person adventure one of the first to appear online, but it was also one of the highest â€“ an 8/10.

“While the world building isnâ€™t on a par with the best â€“ hampered by a civilian population as robotic as its metal cohorts â€“ a rich backstory and architectural detail make Neo-Paris a place worth visiting,” they reported.

EGM also enjoyed it, handing out a 9.0: â€œRemember Me strikes the perfect balance between narrative exposition and gameplay” was their final verdict.

Other reviews have been somewhat less positive, like this 5.0 from Now Gamer and 5.9 from IGN who called it â€œvery forgettableâ€.

As much as weâ€™d like it to become a sleeper hit due to its ambitious nature and the simple fact that itâ€™s a new IP, it’s hard to see that happening given the mixed reviews. There’s still hope though that itâ€™ll chart higher than last weekâ€™s Fuse â€“ another new IP that divided critics. 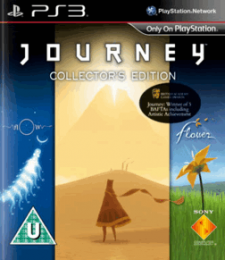 There are only a couple of other games out at retail this week. Those two are The Elder Scrolls V: Skyrim Legendary Edition for PC, PS3 and 360 â€“ which includes Dawnguard, Hearthfire, and Dragonborn â€“ and the budget priced Journey Collectorâ€™s Edition on PS3.

This collection brings the critically acclaimed Journey together with Flower and flOw. Â£14.99 from Base would appear to be the cheapest price online currently.

State of Decay is this weekâ€™s sole XBLA release, at an eyebrow raising 1,600 MSP. That puts it alongside Minecraft and Telltaleâ€™s The Walking Dead series as a â€œpremiumâ€ release. Itâ€™s an open world zombie game with a focus on building and protecting bases. Although ambitious for an XBLA game, those who stumped up the Â£13-or-so asking price have found it to be a little glitchy in places. The tutorial too is apparently a bit on the rubbish side. 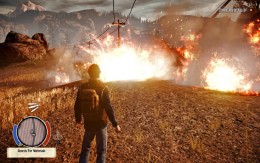 IGN said that the few problems it has are â€œhighly forgiveableâ€ though. The Official Xbox Magazine (US) also found much to enjoy, giving it an 8.0. One piece of useful information included in their review is that you can go back and explore after the final mission, which is always nice to know.

The much-loved Limbo also arrives on PS Vita (with Cross-Buy compatibility) while good old Tetris makes an appearance on the 3DS eShop for Â£8.99. This isnâ€™t to be confused with Tetris 3D (aka Tetris Axis) â€“ itâ€™s an entirely different game. Well, maybe not entirely different. Features include 20 different game-modes (uh-oh!) and both online and local play.

A Virtual Console release finishes the week off â€“ the curious underground exploration game Spelunker on Wii U VC, priced at Â£3.49. If you ever wanted to play the game that influenced XBLA gem Spelunky, then hereâ€™s your chance.