If there hasnâ€™t been a new shooter from EA released every month this year so far, then it certainly feels like it.

Fuse is this monthâ€™s offering, which originally started out under the guise of Overstrike. The squad-based shooter was then given a major overhaul, with a catchier new name to boot. Itâ€™s Insomniac’s first multi-format release but reviews suggest it doesnâ€™t fare quite as well as some of their other games.

CVG gave it 6, IGN a 6.5 and Destructoid 4/10. There have been a few 7/10s around too, including this one from PlayStation Lifestyle who called it â€œstrangely addictingâ€.

We really, really, detest the use of the word â€˜addictingâ€™.

Destructoid’s review paints a very grim picture indeed: â€œA four-person co-op shooter as dry as a dead tree, Fuse walks the same path as other fabled “me too” middle-ground games like Inversion and Quantum Theory — a repetitive, flavorless, excruciating slog from cover-based firefight to cover-base firefight.

â€œIt’s ostensibly Gears of War on autopilot — a slow-paced retread through ground so familiar you could set a watch by it, remorselessly lacking in surprise, while any originality is quickly wasted through overuse and shameless self-exploitation,â€ they continued.

From the sounds of things Wii U owners can take comfort that they’re not going to be missing out too much.

Reviews of Grid 2 have fared better. We had a feeling this would be a good ‘un â€“ racing games are in decline at the moment, and so it was highly likely that Codemasters would pull out all the stops with this sequel.

EDGE gave it a lofty 9/10, calling it â€œa dazzling package that can proudly take its place among the best racing games of this generationâ€. Eurogamerâ€™s review meanwhile wasnâ€™t quite as glowing, and ended by claiming that DiRT remains Codemasters’ premier brand. 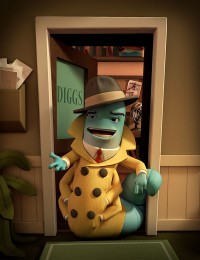 Then weâ€™ve got the budget priced Wonderbook: Diggs Nightcrawler. The PlayStation 3 add-on didnâ€™t exactly fly off the shelves upon release, which would perhaps explain why this is only the second game for it. By all accounts detective Diggs Nightcrawler isnâ€™t bad at all, gaining a 4/5 from The Telegraph who called it â€œvery good valueâ€ despite the four hour or so length. Chances are though thatâ€™ll itâ€™ll take children a little longer than this to get bored with it. The cheapest place online seems to be Amazon, at Â£13.99.

Nordic Gamesâ€™ ArcaniA: The Complete Tale for PS3 and Xbox 360 is another budget release, available for around Â£24.99 online. What you get for your money is ArcaniA 4: Gothic plus the â€˜Fall of Setariffâ€™ expansion pack. Weâ€™d suggest trying the demo first â€“ reviews of Arcania were far from great when it was released in 2010, while the expansion also arrived to a bit of a critical mauling.

It’s hoped this re-release will sort out the achievements in the Xbox 360 version which were unobtainable due to glitches.

The 2D physics-based destruction game CastleStorm is the weekâ€™s XBLA title. Itâ€™s also due out on PSN at some point, although weâ€™re not sure when. PlayStation 3 owners arenâ€™t left without anything new to download, however â€“ thereâ€™s a Last of Us demo and, slightly less attention-worthy, the hidden object murder mystery Mountain Crime: Requital for both PS3 and PS Vita.

Over in the world of Nintendo downloads meanwhile thereâ€™s The Legend of Zelda: Oracle of Seasons / Oracle of Ages for Â£4.49 each on 3DS VC, plus THE DENPA MEN 2: Beyond the Waves (Â£8.99) and SpeedX 3D Hyper Edition (Â£1.79) on 3DS eShop. Thatâ€™s a pretty impressive line-up â€“ thereâ€™s not one duffer there.