Microsoft has finally put an end to months, if not years, of speculation â€“ the next Xbox will be known as Xbox One. May the names â€˜Xbox Infinityâ€™, â€˜Xbox Fusionâ€™ and â€˜Xbox 8â€™ never be mentioned again, unless used in the sentence â€œWouldn’t have Xbox Infinity been a better name?â€ 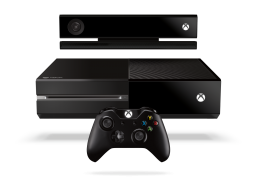 The new system is so-called as it has been designed to be an â€œall in one entertainment hubâ€. Microsoft hopes it’ll cater for all your needs – TV, movies, music and of course games.

It has a Blu-ray drive, 8GB RAM, a 500GB HDD and – most significantly – the Kinect 2.0 will ship with every console. Microsoft was also keen to talk about the future, claiming that new features will be added constantly.

The system itself is an angular beast, comparable to a set-top box. Or an Amiga CDTV, if youâ€™re one of the few gamers to have ever laid eyes on one. Although the joypad may seem similar, over 40 nips and tucks are promised including an integrated battery and increased precision. The Kinect 2.0 meanwhile can capture video at 1080p and 30fps, and is now so accurate that during a fitness game it can even measure your heartbeat. Thereâ€™s SmartGlass support too â€“ Microsoft was pleased to announce that the app has been downloaded 10 million times since launch. 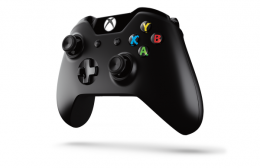 Xbox Oneâ€™s Live service will be powered by hundreds of thousands of additional servers. To illustrate how this would improve playing online it was claimed that matchmaking will be vastly improved â€“ Xbox Live can search for your next match while youâ€™re playing and even while watching a movie.

Achievements too are being tinkered with. â€œThey now tell the story of how you playâ€, said Microsoft. There was talk of unlocking achievements in new ways, and from the gist of things new achievements can be added on the fly.

Achievement hunters will no doubt be pleased to hear that achievements and Gamerscore can be carried over. Likewise, Xbox Live Gold memberships can be transferred over. We approve of all of these things.

Xbox Live Gold memberships can be transferred over

EA was the first to show off their Xbox One titles â€“ UFC, FIFA 14, Madden 25 and the resurected NBA Live were confirmed, along with the announcement that FIFA 14 will have exclusive FIFA Ultimate Team content. These sports titles run on EAâ€™s fancy new ‘Ignite Engine’ which allows for 3D crowds and AI four times smarter than weâ€™ve experienced before. Those who keep tabs on the gaming news will know that THQ sold EA the UFC rights â€œbecause it wasnâ€™t profitableâ€. As such, itâ€™ll be interesting to see if EA can turn the series around.

EA have also confirmed that Xbox One will get Battlefield 4, which incidentally gained a release date today â€“ 29th October. Thatâ€™s as far as version for other formats go anyway â€“ the Xbox One itself is yet to receive a solid release date other than â€œlater this yearâ€. Price too hasn’t been confirmed, although Zavvi and TheHut both have it listed for Â£399. GAME on the other hand havenâ€™t wildly speculated a price, but will let you pre-order for Â£20. 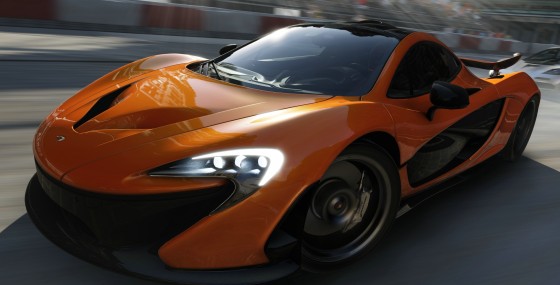 Forza Motorsport 5 will go down in history as being the first Xbox One exclusive to be revealed at the event. Watching the early footage was a bit like re-watching Sonyâ€™s Drive Club trailer – the two look fairly indistinguishable upon first glance.

Next up was Alan Wake/Max Payne developers Remedy, with their exclusive Quantum Break (shown in the three screenshots below). The teaser trailer was a mysterious thing, mixing live-action footage with pre-rendered. Much like Defiance itâ€™ll be backed by a TV series in which the events in one will affect the other.

Speaking of TV shows, Steven Spielberg will act as an executive producer of whatâ€™s currently known as Halo: The Television Series. Itâ€™ll be a live-action affair.

Disappointingly, Forza Motorsport 5 and Quantum Break were the only two Xbox One exclusives to be revealed. We shouldn’t worry, however â€“ Microsoft claims they have more games in development currently than ever before, promising 8 new IPs for Xbox One within the first year alone. This pleases us greatly â€“ the thought of Microsoft recycling the same old franchises for another generation isnâ€™t one weâ€™re overly fond of.

It was this yearâ€™s Call of Duty which ended the Xbox Reveal event. Infinite Ward were determined to hammer home that Call of Duty: Ghosts will go beyond what has been seen in the series before, and revealed that it’ll feature a story penned by the writer of Traffic. The multi-player mode will now feature customisable characters, while maps will be â€œmore dynamicâ€ â€“ earthquakes, traps and more were shown. â€œItâ€™ll be the best Call of Duty weâ€™ve ever madeâ€ promised Infinite Ward, before showing off character models so detailed that they even featured dirt under their fingernails. Lovely.

It would seem that information which surfaced after the Xbox Reveal event has set tongues waggling the most. To wit: a fee will reportedly occur when a second hand game is played. How thisâ€™ll work isnâ€™t exactly clear yet, but the chaps at Eurogamer have done their best to try and squeeze and answer out of Microsoftâ€™s vice president of Phil Harrison. You can read the interview in full here.

What we can deduct from it is that all Xbox One games will have to be installed onto the HDD. Backwards compatibility has been ruled out as well, sadly.

As you can imagine, speculation of having to play a fee to play pre-owned games hasn’t gone down well with the majority of gamers. Some are also disgruntled that the Kinect is now an integral part of the system set-up. This is more than understandable considering that motion controls aren’t to everybodyâ€™s liking. Having such a thing forced upon oneself does have a whiff of â€œlike it or lump itâ€ about it.

More Xbox One announcements will be made at E3, commencing 11th June. We wonâ€™t be there, but we aim to cover all the significant news in hopefully not too tedious detail.