If reviews are anything to go by, Metro: Last Light could have been the game to turn THQâ€™s fortunes around.

UK gaming magazines provided the first batch of review scores â€“ 8/10s from both EDGE and gamesTM, along with a 9/10 from the Official PlayStation Magazine. When the embargo was officially lifted on Monday it was met with similar scores online, including 4/5 from Giant Bomb and 4.5/5 from Joystiq.

Eurogamer meanwhile thought it was worth a 7: â€œMetro: Last Light is not a bad game, but nor is it a good one in quite the same sense as its predecessor. Metro 2033 was flawed but trying to do its own thing. If anything, Last Light feels like a regression. Similarities abound, but this is a more conservative FPS, one looking at the competition rather than itself, and one with some terrible missteps. So go in with low expectations, and you might be pleasantly surprised. Not the highest praise, is it?â€

If you can wait, a PlayStation 4 version has been confirmed to be under-way and is rumoured to included Metro 2033 as well. This means a version for the next Xbox is incredibly likely too. Deep Silver paid a lot for the Last Light license, so chances are theyâ€™re going to want to make as much money from it as possible.

Two other games join the delayed shooter on the shelves this week. We’d be very surprised if youâ€™ll still be playing Pokemon Mystery Dungeon: Gates to Infinity right up until the next proper Pokemon game is released. This dungeon crawler spin-off has been panned for a lack of variety and – to quote Eurogamer again – â€œa self-imposed restrictionâ€. They dished out a 5/10. Game Central didnâ€™t even find it to be mediocre â€“ they gave it a miserable 3/10, calling it â€œToo easy to be a roguelike and two simplistic to be a PokÃ©mon gameâ€.

Jewel Quest Mysteries 3: The Seventh Gate also arrives on 3DS, and is the 67th gem matching puzzler to be released on the handheld this month. Or at least thereabouts.

Then on PSN thereâ€™s Dust 514, which received an open beta earlier in the year.

We gave it a go and were impressed with its large scale battles, but if it offered anything that hasnâ€™t been done before we failed to spot it. By all means give it a download though â€“ itâ€™s free to play. Since the beta it has also developed a thriving community, which can only be a good thing.

Sanctum 2, from the brilliantly named Coffee Stain Studios, is the weekâ€™s only XBLA release. The 1,200 MSP title blends first person shooting with tower defence elements, complete with four different character classes and four-player co-op. Reviews of the PC-only original were favourable, so it might be worth a look. The PSN version will launch in the not too distant future. 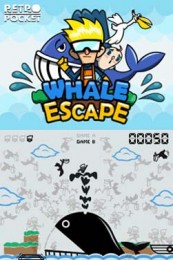 As usual, there are loads of new downloads for the Nintendo formats. The Wii U gets a Resident Evil Revelations demo, along with Super Mario Bros. 2 (Â£3.49), the brilliant Super Ghouls’n Ghosts (Â£5.49) and Super Metroid for a ridiculous 30p.

The 3DS eShop on the other hand gets THE STARSHIP DAMREY (Â£7.19), Retro Pocket (Â£4.49) and a Virtual Console release of Mega Man 5 (Â£4.49). THE STARSHIP DAMREY piques our interest somewhat â€“ itâ€™s an adventure game which encourages self-discovery and experimentation, and is set on the titular Starship Damrey. The main character awakes with no recollection of who they are or even how they came to be in space. Intriguing. Retro Pocket? That’s a collection of five â€œLEDâ€ games. Going by the screenshots, we think the publisher meant â€˜LCD gamesâ€™.