EAâ€™s relationship with Nintendo was rocky even before the Wii U was released. Word has it that the publisher’s negativity towards the system stems from a deal to incorporate Origin into the Wii U’s network, which Nintendo quickly decided against. 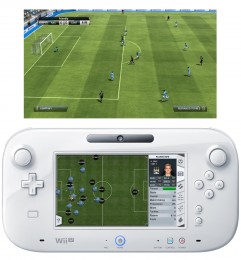 Skip forward to six months after launch and the system has received just one other release â€“ Criterionâ€™s polished but belated conversion of Need for Speed: Most Wanted.

EA’s promises to bring â€œtheir biggest brands to Wii Uâ€ first fell short after news broke that Crysis 3 was up and running on Wii U but cancelled. Then last week the Wii U received perhaps its biggest blow so far â€“ 14 â€œmajor titlesâ€ won’t be making an appearance, due to EA claiming that their Frostbite engine â€œdoesnâ€™t run well on Wii Uâ€.

Two weeks ago we would have said that FIFA 14 on Wii U would be a safe bet. FIFA games tend to be strong sellers all year around, and so it’s likely a profit would eventually be made no matter how small. Now having heard that this yearâ€™s Madden is a no-go we are starting to have doubts. Due to its large user base, we could even end up with the scenario of FIFA 14 appearing on Wii but not Wii U. Just think how embarrassing that would be for Nintendo.

Itâ€™s a shame, as when EA have committed themselves to Nintendo formats in the past the results have been mostly positive. Dead Space Extraction, My Sims, Boom Blox, Skate It, Spore Hero and SSX Blur spring to mind here. Imagine a version of Boom Blox for the Wii U, in which the GamePad is used to throw balls in a similar manner to the shurikens in Nintendo Landâ€™s ninja mini-game. Now imagine how relatively little that would cost to develop. Madness, isnâ€™t it? 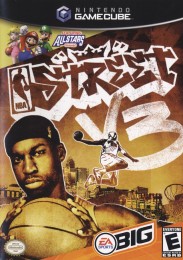 Itâ€™s a little known fact that both EA and Activision received special â€œmateâ€™s ratesâ€ on publishing costs for GameCube in return for a steady slew of titles. This is why the GameCube ended up receiving a few games you wouldnâ€™t expect to grace a Nintendo format, such as Def Jam and True Crime. Nintendo also allowed Mario to make an appearance in a handful of EA sporting sims, in order to make them stand out from their Xbox and PlayStation 2 counterparts.

Striking a similar deal again could be beneficial for both parties. If such a thing were to happen, then thereâ€™s no arguing it would be better to occur sooner than later. Burning bridges with Nintendo is something EA would be wise not to do, especially with sales of the 3DS finally booming. Shunning Nintendo is undoubtedly going to have a knock-on effect on EAâ€™s development of 3DS games. A lot of their DS and Wii titles were developed side-by-side and designed to complement one another, such as My Sims, Sim Animals, SimCity Creator and Spore Hero. Weâ€™re yet to see anything with similar levels of creativity on 3DS from EA due to a general lack of interest and enthusiasm on the publisherâ€™s behalf.

To answer the question at hand, EA choosing not to support the Wii U altogether would be a critical blow. The publisher owns most of the biggest names in gaming, and the Wii U needs all the big name games it can get. Quality aside, conversions will not harm the Wii U – they keep the release lists healthy and store displays looking fresh. Lest we forget, brand recognition plays a very big part in making or breaking a console. If Joe Public canâ€™t play the latest instalment of â€˜Big Name Shooter 57â€™ on the Wii U, then theyâ€™ll simply go elsewhere. 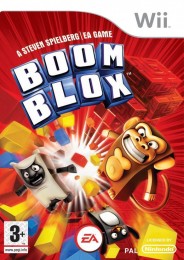 We can turn and look back at the Dreamcast here. EA choose not to support Segaâ€™s final system at all, claiming that â€œEvery dollar we spend on the Dreamcast, is one dollar less for the PS2â€. FIFA’s absence on Dreamcast in particular harmed sales, and despite a few attempts from Sega â€“ in the form of the Worldwide Soccer series – a decent replacement was never found. Considering that at the time Sega was sponsoring Arsenal it was seen by some as being rather ironic. Sega did have a few studios to pick up the pieces elsewhere though â€“ Visual Conceptsâ€™ Dreamcast-exclusive American football games were very highly rated.

Nintendo arenâ€™t quite so lucky here â€“ we canâ€™t imagine anybody coming to their rescue to provide the Wii U with exclusive sports titles. Ubisoft stopped investing time and money into sports sims similar to EA’s own around the same time the publisher bought shares in Ubisoft. Quite suspicious, that. Incidentally, EA managed to persuade Mircosoft to stop developing sports sim for the original Xbox on the grounds that if they continued, they would not include any Xbox Live features in their upcoming Xbox games. We haven’t seen a Links golf game since.

These bulling tactics are seldom seen nowadays, thankfully. If Konami doesnâ€™t already have a Wii U version of Pro Evolution Soccer 2014 in the pipeline then theyâ€™d do well to start development straight away. If FIFA 14 skips Wii U then they would have the football market all to themselves. Sorry, soccer market.

There is still a brief glimmer of hope at the end of all this. This winter sees the release of the key titles the Wii U badly needs, and no doubt sales will increase tenfold. This surge in sales could see EA rethink their Wii U development strategy, if such a thing even exists by that point. Having to go back on their word that Frostbite doesnâ€™t work very well on Wii U though would be a very bitter pill for the publisher to swallow.