Despite several attempts during Defianceâ€™s four day beta, we failed to get any further than the title screen. If that didnâ€™t bring to Trion Worldsâ€™ attention that there were some serious issues to sort out prior to the gameâ€™s release, then weâ€™d be very surprised.

very easy to fritter away the hours on

So all known issues were fixed before launch, right? Not quite, no. At the time of typing the game has been available for the best part of a week, yet there are still problems with connecting to the servers.

Given that this is the first proper console MMO shooter, perhaps we shouldn’t have expected a smooth launch. Thereâ€™s light at the end of the tunnel though – with every patch things are becoming more stable. The disconnection errors we experienced may even be a thing of the past by the time you read this.

We certainly hope thatâ€™s the case as itâ€™s hard to think of another console shooter in recent times that has had the same lofty ambitions.

Comparisons with Borderlands are inevitable, so letâ€™s get them out of the way first â€“ Defiance has a lot in common with Gearboxâ€™s celebrated shooter. It has similar skill-trees and near identical menus, as well as a few features that are blatantly pilfered like the vending machines with timed deals, weapons that cause elemental damage and challenges that are completed on the fly.

Everything it does though is on a much larger scale. The game world is huge and entirely open right from the start. Youâ€™re free to pick missions up at your own free will, joining in with the hundreds of other players also inhabiting the sizeable game world.

Witnessing dozens of fellow â€˜ark huntersâ€™ trying to take down screen-filling beasts is quite the sight, even if frame-rate stutters a bit when things get too busy.

Arks are name of the large alien crystals that haphazardly fall from the sky. Over time theyâ€™ve started terraforming Earth into an alien landscape, full of poisonous looking flora and fauna. San Francisco â€“ the gameâ€™s setting – has been left a mere shadow of its former self, with very few buildings left standing. Mankind has also learned that we arenâ€™t alone â€“ Votans, a unified collection of alien races, have come to Earth seeking refuge after their home planets were destroyed. They unite with the remaining humans, trying to make the most of the ruined world and fight the dangers it now possesses. Hope comes in the form of an alien technology thatâ€™s believed to be able to undo the terraforming and restore Earth back to a state it can recover from. Itâ€™s your job to make sure this device doesnâ€™t fall into the wrong hands. 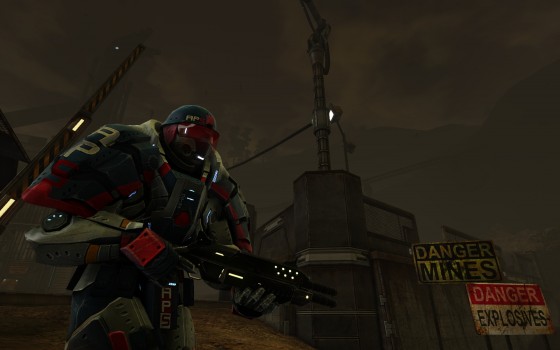 For those not aware, the game has been designed to tie-in with a TV series. Not in the sense that itâ€™s a by-product of the show, but rather that the events that players get up to will ultimately affect the outcome of the storyline. As well as side-missions, time trials and main story quests there are also â€˜episode missionsâ€™ featuring the showâ€™s lead character Joshua Nolan and his female cohort. These stages are single player-only, compared to the MMO aspects of the rest of the game, and are usually set in smaller indoor areas with frequent set-pieces. Rewards often include rare items, along with temporary use of some exclusive heavy arsenal including a Fallout 3-style giant metal fist. Itâ€™s during these missions that Defiance looks its best â€“ the environments are a lot more detailed and the cut-scenes are quite fetching. The vastly populated game world looks rugged in comparison, which is clearly to keep things running smoothly.

After a brief tutorial, the first few missions ease you in gently. The world may be an open and hostile one, but itâ€™s easy to navigate. Your customisable character, picked from one of four races, is linked to a female AI known as EGO. Think along the lines of Haloâ€™s Cortana, but not quite as charismatic. She informs of missions that are available and will highlight objectives during quests. A mini-map on the top right of the screen clearly points outs enemy locations, available missions and where other players currently are. Enemy respawns are almost constant, so there’s always something to shoot at. 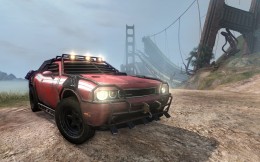 In order to get around the world with ease vehicles, can be spawned at any time by using the d-pad, while later itâ€™s possible to fast-travel to other places on the map. The starting vehicle is a just a basic ATV, but other vehicles can be purchased including a Dodge Challenger. Rest assured that other players are very keen to show off ‘toys’ theyâ€™ve acquired along the way.

The d-pad is also used to chat with other players â€“ either via pre-written text or virtual keyboard â€“ and to join groups and find other players on your friend list. Co-op and multi-player games can be joined at any time too. Ingeniously, thereâ€™s no waiting around in lobbies â€“ youâ€™re free to carry on with the main game and as soon as there are enough players youâ€™re transported into a different area.

Deathmatches are relatively simple affairs. The maps are basic and thereâ€™s not much in the way of subtlety. Perks and skills unlocked in the main game are automatically applied in battle. If youâ€™re thinking that itâ€™ll give experienced players a serious advantage over new starters, then youâ€™re entirely right. That said, anybody wanting to gain the upper hand can simply visit a vending machine beforehand and buy a ridiculously powerful weapon. Incidentally, grenades are infinite in supply â€“ you just have to wait a short recharge period between throws.

Shadow War matches fare better. These battles allow for 24 players per team â€“ quite an impressive feat for a console game â€“ and have much larger maps. Despite the fancy name, itâ€™s just a simple â€˜capture the baseâ€™ online mode. The fact that regular enemies, including mutated soldiers and insect-like beasts, are roaming the environments can make battles quite unpredictable. Enemy AI isnâ€™t exactly what weâ€™d call bright, but in number they can put up a good fight.

Better still are the co-op matches. Like the single-player missions these are set in small, linear environments. Here you play with just three others. Considering the main game world can be quite chaotic at times, thanks to featuring countless players running around doing their own thing, itâ€™s quite welcome to go back to basics and play with just a trio of others. Although you can heal one another, there isnâ€™t as strong emphasis on teamwork as we would have liked. Still, they do offer a decent change of pace. These missions arenâ€™t available from the start â€“ theyâ€™re unlocked as the story progresses and help to fill in parts of the plot, such as the disappearance of entire human settlements. 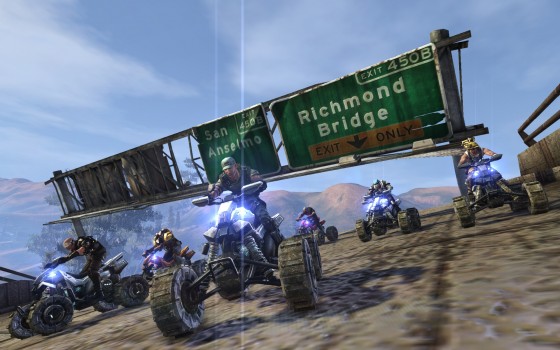 Like other MMOs that PC gamers are renowned for becoming glued to, Defiance is very easy to fritter away the hours on. To do and see everything will take an incredible amount of time. Thereâ€™s always something going on in the world, be it a timed battle against a large creature, or the chance to race over to a newly fallen ark and destroy it cooperatively with others. The desire to improve our character kept us playing until the small hours also. Weapons can be looted from corpses and then traded and improved; perks can be added and load-outs customised.

Usually when travelling from one location to another thereâ€™s something on the way thatâ€™ll distract, such as a roadblock set up by enemies or a rescue mission. The developers are going to be adding new things and making improvements constantly, so expect a few surprises in the future too.

It’s undeniably rough around the edges, but for the most part Defiance lives up to the promise of bringing a PC-like MMO experience to consoles. There is a lesson for other publishers and developers to learn from it too â€“ make sure there are enough servers up and running prior to release. We hope that Bungie in particular are taking notes, because if Destiny launches to similar issues they can expect a backlash of colossal proportions. What an easily irritable bunch us gamers are, eh?