The 3DS was released in Europe two years ago today. If it were a child it would be entering the notorious â€˜terrible twosâ€™, sporadically having tantrums in public and throwing bits of mashed up banana at passers by. Right now though the 3DSâ€™s future is looking anything but terrible.

This wasn’t always the way. The 3DS had an incredibly tough first year, due to a combination of poor software support and negativity in the mainstream press regarding the 3D display causing headaches. Nintendo also had themselves to blame â€“ they didnâ€™t make it very clear that the 3DS was a brand new handheld, and thus people assumed it was simply a standard DS with a 3D screen. There were even reports of people buying 3DS games believing they could play them on DS, minus the 3D effect.

“Quality software helped the system to prevail in its darkest hours”

The distinct lack of a certain plumber in the launch line-up arguably didn’t help things either. With no Mario game at hand the 3DS instead made its debut with Street Fighter IV, Ridge Racer 3D, Nintendogs + Cats, the short but occasionally sweet Pilotwings Resort and a handful of half-baked Ubisoft and EA titles. Ubisoftâ€™s Ghost Recon: Shadow Wars was the exception to this, but even then it could have benefited from a couple more months of spit and polish.

Over the next few months the quality software trickled through, starting with The Legend of Zelda: Ocarina of Time â€“ a revamp that proved the N64 classic still holds up today. This was followed by Starfox 64 3D – although Fox McCloud didnâ€™t arrive to quite the same acclaim – and some decent third-party titles such as Resident Evil: The Mercenaries, Dead or Alive: Dimensions and Cave Story 3D.

A price drop helped the handheld massively too. Nintendo took some flak for dropping the price just five months after launch, but they did introduce the Nintendo 3DS Ambassador Programme so that early adopters didnâ€™t feel hard done by. This scheme allowed those who purchased a 3DS prior to the price drop to download an array of classic Nintendo titles, including Wario Land 4, Yoshi’s Island and Metroid Fusion. They certainly werenâ€™t titles to be sniffed at.

Then came the double whammy of Mario Kart 7 and Mario Land 3D in time for the 3DSâ€™s first Christmas. 3DS sales increased ten-fold, and ever since it has been smooth sailing for the system. Quality software helped the system to prevail in is darkest hours.

Even the PS Vita hasnâ€™t been too much of a worry for Nintendo, apart from the few weeks here and there where sales have peaked due to big name releases.

Two years on and one new model later (hello, 3DS XL), the 3DS sits proud on a catalogue full of top titles. Rather than dully talk about six of the best, weâ€™re instead going to round-up six titles you may have missed. 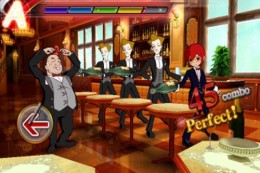 Segaâ€™s colourful endeavour brought rhythm action to the 3DS, and did it in style. The anime cut-scenes are a delight to behold, while puzzles and mini-games offer a welcome change of pace. The cut-scenes aren’t just there to pad things out, but to help provide emotional attachment for the characters. When the game is nearing its final curtain, chances are youâ€™ll feel a rare connection to lead character Raphael, and his canine chum Fondue.

Easily the best of its kind since Elite Beat Agents. Give the demo a whirl at least. 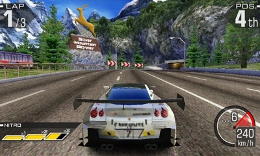 Despite being a very good game, Namcoâ€™s racer didnâ€™t receive a great deal of attention when the 3DS was released. We think this was because thereâ€™s always a Ridge Racer present at every consoleâ€™s launch, and as such it was kind of expected that it would be good. Typically Ridge Racer games are.

Even now the 3D effects are a great showcase of what the handheld can do â€“ itâ€™s was the type of game youâ€™d show off to your friends to convince them the 3DS isnâ€™t just a box full of gimmicks. Itâ€™s packed full of content too. We recall playing it at launch for an entire 3DS battery charge (three hours or so, then) and yet only being around 15% through. 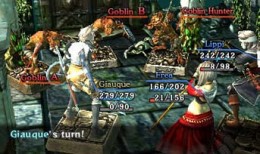 eShop RPG Crimson Shroud is only a few months old, yet already forgotten. With the creator of Final Fantasy Tactics and Vagrant Story at the helm it should come at no surprise that itâ€™s a very polished package, full of detail and genuine love.

Fans of table-top board games will be in their element â€“ thereâ€™s plenty of touch-screen dice-rolling, while the character models are static figures, like those found in table-top games. A very absorbing adventure, and at a bargain price to boot. 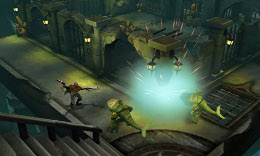 Square-Enixâ€™s first RPG for 3DS was not a full-blown Final Fantasy or even a spin-off, but this western-developed affair from nSpace. When playing this top-down hack and slasher itâ€™s clear that a lot of time was spent making it appeal to gamers of all ages.

Thereâ€™s some hand-holding in place but itâ€™s never patronising, while the characters – such as bipedal sharks and lions – do look a little â€˜goofyâ€™, but at the same time evoke fond memories of such â€˜80s cartoons as Thundercats. We also like the fact that inventory items can be mapped onto the d-pad, which puts a stop to having to jump back and forth through menus. Those wanting a next-generation Gauntlet would do well to give this one a look. 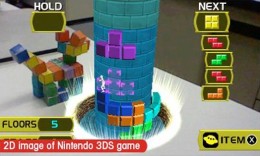 Known as Tetris-Axis in the US, this is one of the few Nintendo titles out there that dropped in price at a significantly fast rate. UK retailer GAME was even selling it as cheap as Â£9.99 just a few weeks after launch. Itâ€™s a very good version of Tetris, which despite its basic nature, is a very easy game to mess up if the developer starts to add pointless features. See Tetris 2 for Game Boy for proof here.

The AR modes are a fun addition, making a tower of Tetris blocks appear on your very desktop, complete with a little stick-man to guide to the top. Thereâ€™s also a jigsaw puzzle mode and a rendition of the SNESâ€™s Bombliss (aka Tetris Blast).

Hereâ€™s another one that was given an alternative moniker for the US, where it went under the name of Pushmo. Tetris a bit too much of a blast from the past? Youâ€™ll be wanting this one. Although a decent puzzler in its own right, itâ€™s the fantastic use of 3D that impresses. With sumo wrestling cat Mallo at your control, itâ€™s up to you to push and shove a pile of blocks to reach a flag at the top.

If the 200+ puzzles included werenâ€™t enough to sap away your valued gaming time, new levels can also be created and shared online via QR codes.

Did we really expect anything less than brilliance from Advance Wars creators Intelligent Systems? No sir, we did not.