So, whatâ€™s on the agenda this week? Gears of War: Judgment is the big one. Itâ€™s the first game Microsoft has published at retail this year, and it looks like itâ€™s the only one until the recently announced retail version of Minecraft arrives in a couple of months.

After something of a drought there are a couple of big name Wii U games too â€“ Need for Speed: Most Wanted and Monster Hunter 3 Ultimate. The latter is also arriving on 3DS this week, while PS Vita gets Dead or Alive 5 Plus. Activisionâ€™s The Walking Dead: Survival Instinct is stumbling out on PS3, Xbox 360 and Wii U as well, and from the sound of things it could do with some brains.

Gears of War: Judgment released in America on Tuesday, but us Brits have had to wait until Friday. Why we didnâ€™t get a mid-week release is very odd. Heck, even Just Dance 3 and 4 and had mid-week releases. It has been worth that short wait though â€“ Bulletstorm creators People Can Fly have been able to bring enough new things to the franchise to help it to feel fresh and new. Levels are shorter, lasting around ten minutes each, but have been designed with replay value in mind. Thereâ€™s a class-based co-op mode too, along with new customisation options.

IGNâ€™s lofty 9.2 review score is the highest to be bandied about, while most other sites â€“ such as Eurogamer, Game Central and the Official Xbox Magazine â€“ have given it an 8. 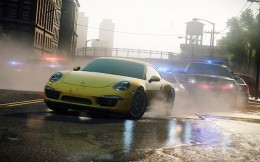 The last few months have been harsh on Wii U owners, but thankfully things are looking rosier. Need for Speed: Most Wanted is the first racer to screech onto the system, and itâ€™s the best version of a very good game. Criterion has put a lot of attention into it, and rightly so seeing as it’s the first Nintendo game they’ve touched since Burnout 2.

It looks superior to the other console versions due to using high-res textures taken from the PC version, the frame-rate has been smoothed out and some new particle effects have been added. You can also now change from day to night via the GamePad, as well as use it to alter a vehicleâ€™s paint job at any time. Although it’s a full price release compared to last yearâ€™s Xbox 360 and PS3 versions that can be found now for around Â£15, it does have some extra DLC included. The Official Nintendo Magazine awarded it a mighty 90%.

Monster Hunter 3 Ultimate is another jazzed up conversion, this time of Monster Hunter Tri on Wii. The 3DS and Wii U versions have the same content – save files can be transported from one to another, allowing monster slaying on the move. If you played the recent Wii U demo and were left feeling very confused, then youâ€™re not alone: Capcom picked a very bad portion of the game to show off. Eurogamer also notes that the opening quests give a bad impression as well due to being â€œtoo basic for experienced players and too bamboozling for new onesâ€. Give it time and patience though, and you will be rewarded. Scores for this one include 9/10 from Eurogamer, 8.8 from IGN and 88% from The Official Nintendo Magazine.

While 3DS owners get to bring down screen-filling beasts, PS Vita owners this week get to stare at screen-filling breasts. (Sorry.) Dead or Alive 5 Plus is another belated conversion for the handheld, with a few additions to make up for the wait. These include a first-person â€œtouch fight modeâ€ in which you can, to quote the gameâ€™s dedicated website, â€œHold your PS Vita vertically for an up-close and personal view of your favorite characters!â€ A demo is available now in which itâ€™s possible to unlock new costumes to transfer to the full game. 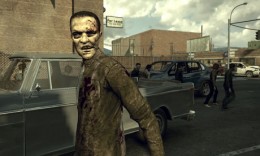 When the first footage of The Walking Dead: Survival Instinct was shown, our instincts were telling us that itâ€™s going to be a duffer. Animation looked wooden, even by zombie standards, and there appeared to be no attempts to create an atmosphere â€“ lighting seemed very basic, as did the visuals. Polygon have backed up our suspicions with a resounding 3.0 review score: â€The Walking Dead: Survival Instinct is the exact sort of lazy, cheap cash-grab that gave licensed games a bad name in the first place.â€

Expect the price on this one to drop sharpish â€“ it can already be found for under Â£30 online. 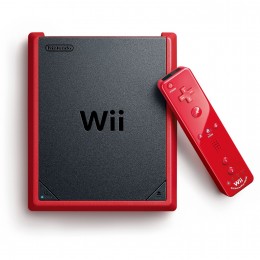 Weâ€™ve got some new hardware this week as well â€“ the Nintendo Wii Mini. We have to admit that weâ€™re a bit confused by this one â€“ itâ€™s not that much smaller than the original Wii and at Â£79.99 the price isnâ€™t that much cheaper either. Furthermore, all the online components have been stripped out so playing the likes of Mario Kart Wii online is a no-go. Nintendo themselves donâ€™t even have any more Wii games planned so, all in all, it seems a little pointless. We can only assume that they cost next to nothing to make, so Nintendo will be making a ruddy huge profit on each one.

In the world of Nintendo downloads, Punch Out!! is now available for 30p on Wii U Virtual Console and confirmed to run at 60hz, while a demo of the swish looking HarmoKnight stomps onto 3DS.

Alien Spidy and Giana Sisters: Twisted Dreams are this weekâ€™s Xbox Live Arcade releases while party game Dollar Dash and 2D shooter Nun Attack dash onto PSN. The trailer for that one is below:

If green smoke is seen from the Vatican it means the Pope is busy playing the game and to leave him alone. Allegedly.